Paradox: what governs ocean tides: the moon, or the Sun?

Most people believe that the gravitational pull from the moon creates the ocean bulge (resulting in tides) on Earth. Yet if you look at gravitation, the sun's pull should be 27,000,000 / ( 390 * 390) = 177 times stronger than moon's pull, according to the first sentence from the extract below:

The sun is 27 million times more massive than the moon, but it is also 390 times farther away. As a result, the sun has 46 percent of the tide-generating forces (TGFs) that the moon has, according to the National Oceanic and Atmospheric Administration. 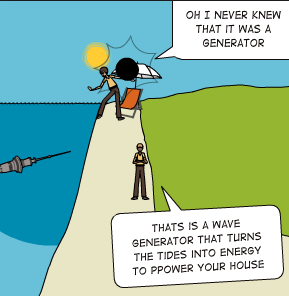 Yet, my multiplier 177 is wrong. We all know that moon influences ocean tides much more so than the Sun, and these tides are very easy to predict anywhere on Earth: it's a rudimentary data science / predictive analytics problem.

Anyone interested in commenting on this? I don't claim that my explanation is correct, frankly, I don't know, but I'm curious to know the real explanation.

Permalink Reply by Vincent Granville on September 3, 2015 at 7:49am

Here is an answer from one of our readers:

Tidal effect is inverse cube because it does not depend on gravity directly but on the difference in gravity on water nearer and further. So you need to divide by one more 390 making it nearly half of the moon's effect.

The short answer is that both the Sun and Moon influence the tides.  So does everything else in the universe, if your're really technical about it.  The standard analysis is a least squares fit to a set of sinusoids.  Since planetary orbits are not round, additional constituents need to be added to account for elipsoidal orbits.  If you include the major planets in our solar system, the set of constituents ballons past 10000.  Most of these are insignificant.  A further complication is since the Navier-Stokes equations (governing equation for fluid flow) are non-linear, there are more constituents generated by the physical nonlinearities in the ocean's response.   Location is important : Tides on the US east coast are quite a bit different from those on the US west coast.  (www.tidesandcurrents.noaa.gov.  Compare The Battery in New York with Astoria, OR, or San Diego and Seattle)  A modern analysis will include roughly 70 constituents, though some of these may be discarded if they are indistinguishable from background noise at a particular station.

One of NOAA's most prized artifacts from days gone by is it's mechanical tide computer, which predicted tides into the 1960s. Tidal predictions where generated by a pen attached to a wire running over a series of moving mechanical cogs, and literally cranked by hand.

So, the tidal force from the sun is 177/390 times that of the Moon (i.e., 45% of the Moon's tidal influence). Thus (as Keith Leffler points out), both the Sun and Moon cause tides on the Earth --- for that matter, so does Jupiter and all other gravitating bodies in space, but those are insignificant compared to the Sun (the most massive object in the Solar System) and the Moon (the nearest planetary-size object inthe Solar System).  That tidal equation (Mass divided by distance-cubed) thus creates a tug of war between the Moon (small distance) and the Sun (huge mass) on the Earth, with the Moon having the primary advantage.  Regarding the actual timing of tides, that depends on some pretty complex fluid and solid mechanics on a planetary scale!