Artificial Intelligence in investing has long been practiced by secretive hedge funds like Renaissance Technologies. However, some of the same capabilities are being offered by companies to other players. Here are three examples of companies on how they are using data sets to predict stock & other financial market outcomes.…

9 Python Libraries Which Can Help You In Image Processing

Image processing is a mathematically intensive operation & one of the biggest areas of research for a big data field. Image processing analytics has applications from processing a X-Ray to identifying stationary objects in a self…

IEEE International Conference on Data Mining identified 10 algorithms in 2006 using surveys from past winners and voting. This is a list of those algorithms a short description and related python resources. The detailed paper is…

Given all the buzz happening in the market around IoT, We looked at related projects in the crowd funding website Kickstarter.com to see how are IoT projects doing with respect to all the other ones.

We chose projects which have either “IoT” or “Internet of Things” either in their title or description and here are our findings.

The success rate of projects at Kickstarter is around 37.5%, for Technology projects it is 21% which is a lot less than… 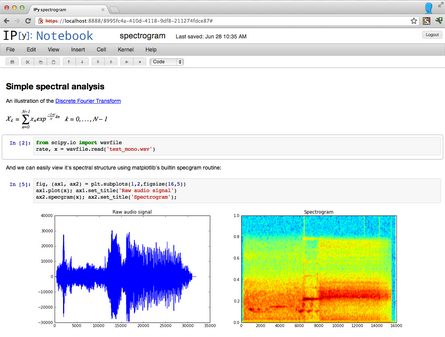 Spam is a kind of messaging where the cost of sending is usually negligible and the receiver and the ISP pays the cost in terms of bandwidth usage.

An example of a manual approach to detecting spam is using knowledge engineering. When you are aware of what is spam and what is not, you can usually filter it by creating a set of rules like,

To build a repository of used car prices and identify trends based on data available from used car dealers. The solution to the problem necessarily involved building large scale crawlers to crawl & parse thousands of used…

For those coming in late, IoT is…