Theano Tensors Explained in a Picture

Lately I've been doing some experiences with Theano and Deep Learning. One thing that I really thought could help is to understand the workflow of a Theano algorithm through visualization of tensors' connections. After developing the model, I printed the prediction algorithm for a deep learning Neural Net with 2 hidden layers, 2 inputs X1 and X2, and a continuous output Y. I used Graphviz and pydot to generate the graphic with this line of…

Static & DYNAMICAL Machine Learning – What is the Difference?

In an earlier blog, “Need for DYNAMICAL Machine Learning: Bayesian exact recursive estimation”, I introduced the need for Dynamical ML as we now enter the “Walk” stage of “Crawl-Walk-Run” evolution of machine learning. First, I defined Static ML as follows: Given a set of inputs and outputs, find a static map between the two…

What are the greatest inefficiencies data scientists face today?

This article was written by Claudia Perlich. Claudia is a Chief Scientist Distillery and Adjunct Professor at NYU. She is also a Data Scientist at Quora. First of, let me state what I think is NOT the the problem: the fact that data scientists spend 80% of their time with data preparation.…

Choosing the correct ML Solution for you...

Enterprise applications trending to adopt Machine Learning as their strategic implementation and performing machine learning deep analytics across multiple problem statements is becoming a common trend. There are variety of machine learning solutions / packages / platform that exist in market. One of the main challenges that the teams initially trying to resolve is to choose the correct platform / package for their solution.

Based on my limited…

It may be in the entertainment domain but Wargaming’s data analytics operations are as humongous as that of any Fortune 500 company. Wargaming is a leader in the free-to-play Massively Multiplayer Online (MMO) game market across all gaming platforms – PC, console and mobile.

Just to get a grasp of the enormity… Dresner advisory services has published  a report on IoT business models. This report covers IoT, Big Data and Analytics. I have been focussing on this subject in my teaching at Oxford University and the Data Science for IoT course . So, it’s nice to see the insights. Forbes has…

By far the fastest expanding frontier of data science is AI and specifically the rapid advances in Deep Learning.  Advances in…

David Donoho published a fascinating paper based on a presentation at the Tukey Centennial workshop, Princeton NJ Sept 18 2015. The paper got the attention on Hacker News, Data Science…

Human (or any other animal for that matter) brain computational power is limited by two basic evolution requirements : survival and procreation. Our "hardware" (physiology) and "software" (hard-coded nature psychology) only had to evolve to allow us to perform a set of basic actions - identify Friend or Foe, obtain food, find our place in the social tribe hierarchy, ultimately find a mate and multiply. Anything beyond this point, or not directly leading to this point can be…

R vs Python? No! R and Python (and something else)

Before assessing R and Python, I will start with Wolfram Mathematica. It's a powerful software, similar to MatLab. You can handle lists and matrices easily, you have all the best mathematical functions, backup of Wolfram Alpha and extremely sophisticated graphics visualizations, that allow you, for instance, to make and visualize an animated gradient descent, animate different weights for a given neural network, choose a specific…

Make It So, Number One 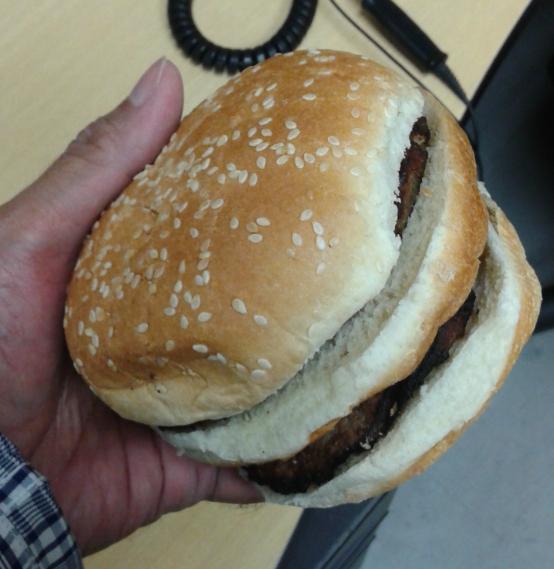 I found some leftover hamburgers in the fridge. I decided to stack a couple of them together to form a colossal “super-burger.” At the time, I didn’t appreciate how doing so would make it almost impossible to physically fit the burger in my mouth. I squished and squeezed the burger until it was flat enough to eat. Such are the problems of physics that become…

This code demonstrates the new multi-request features in curl 2.0. It creates an index of all files on a web server with a given prefix by recursively following hyperlinks that appear in HTML pages.

For each URL, we first perform a HTTP HEAD (via curlopt_nobody) to retrieve the…