Our modern lives are driven by computers. Machines grade your child’s standardized tests and identify potentially fraudulent credit card purchases. Behind the scenes of modern society even more machines are creating staggering amounts of unstructured data. Much of it is stored, but almost none of it is analyzed. Keeping these networks running requires that analysts not only be able to understand the streaming network data, but that they understand it as it happens.

The Datification of Life and Business

Datification: A Brief History
The term “Datification” was popular with the data modeling community in the 80’s but was not understood well in the general community, but since the onset of the internet, social media and the improvement in global communication technology, the meaning of “Datification” has had a rebirth. It is a new concept that tracks the conception, development, storage and marketing of all types of data, both for business and life. It has grown in popularity of late to… Continue

" Jobs For Freshers In India "

I am a student currently pursuing a course on   analytics  from Ivy Professional School. I am curious to know what are the future prospects in this field & jobs available for freshers who does not bear a stats background.

There is much buzz about the next revolution in technology and the coming innovations that will shape the 21st Century. Those welcoming this change espouse that our lives will be improved…
Continue

A Niche for Psychologists in Big Data

Recently, I was asked about the role of I/O Psychologists in HR analytics and this whole "big data" movement. And so what I am learning as I researched the topic, and just as I had suspected, is that there are many others in the I/O Psychology field who are also involved in HR analytics and big data. I think I/O Psychologists are in a very favorable position in this big data movement.  The required graduate-level statistics courses are really helpful in preparing I/O…

This is a component often missing, yet valuable for most systems, algorithms and architectures that are dealing with online or mobile data, known as digital data: be it transaction scoring, fraud detection, online marketing, marketing mix and advertising optimization, online search, plagiarism and spam detection, etc.

Each blow costs the Oil and Gas industry a Billion dollars.… Romance and big data have a lot more in common than you might think. Though the world of tech and data may seem an odd place to uncover love, both online dating and big data work to personalise what a person or brand has to offer, matching and targeting it uniquely to appeal to that one special individual who'll want exactly what’s being advertised.

In many cases for both singles on the dating market and brands on the commercial one, achieving success – using big data to successfully…

Like “Big Data”, the term “Cloud Computing” has given rise to a number of misconceptions concerning what it is and what it does. While many of these delusions have been sufficiently debunked, a number of mistaken beliefs about the cloud have managed to keep hanging around---attaining mythical status despite being laid bare on more than a few blogs designed to dismiss them once and for all. And so, culled from the blogosphere for your consideration comes this non-biased compilation of the top…

Basic Understanding of Big Data. What is this and How it is going to solve complex problems

Before going into details about what is big data let’s take a moment to look at the below slides by Hewlett-Packard. 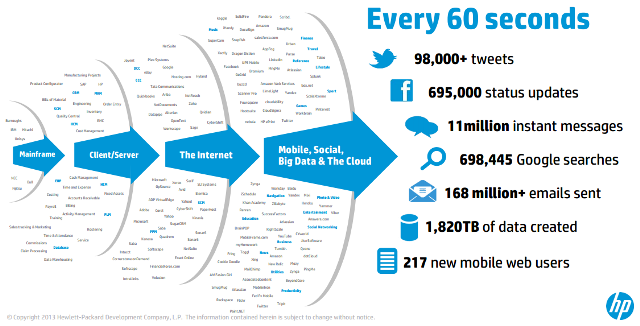 InformationWeek has an interview this week with resident Data Science Central blogger Michael Walker about the most common traps awaiting data scientists:

11 Features any database, SQL or NoSQL, should have

Here's some important features that I think all databases should have: 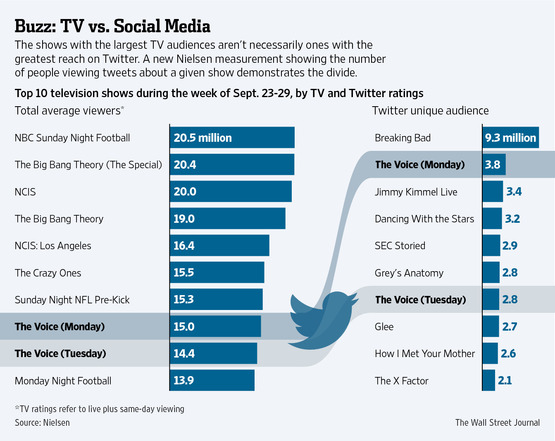 My book "Getting Started with Greenplum for Big Data Analytics"

Organizations are leveraging the use of data and analytics to gain a competitive advantage over their opposition. Therefore, organizations are quickly becoming more and more data driven. With the advent of Big Data, existing Data Warehousing and Business Intelligence solutions are becoming obsolete, and a requisite for new agile platforms consisting of all the aspects of Big Data has become inevitable. From loading/integrating data to presenting analytical visualizations and reports, the new…

Private companies taking over government, to provide critical data and research reports that the government has stopped providing.

It started with the official job statistics report that was not produced this Friday. Instead, economists rely on other sources such as ADP (who processes millions of payrolls). Today companies…