We are all familiar with machine learning in our everyday lives. Both Amazon and Netflix use machine learning to learn our preferences and provide a better shopping and movie experience.
Artificial intelligence (AI) has stormed the world today. It is an umbrella term that includes multiple technologies, such as machine learning, deep learning, and…

Boosting the accuracy of your Machine Learning models

This article was written by Prashant Gupta. Gupta is a machine learning engineer, Android developer, and tech enthusiast.

This article was written by Mr. David Gunning. …

Beyond Datawarehouse - The Data Lake

Over the last few years, organizations have made a strategic decision to turn big data into competitive advantage. Owing to rapid changes in the trends of BI and DW space, Big Data has been driving the organizations to explore the    implementation aspects on how to integrate big data into the existing EDW infrastructure. The process of extracting data from multiple sources such as social media, weblogs, sensor data etc. and transforming that data suit the organization’s analytical needs is…

The Fundamentals of Data Science

Two of the biggest buzzwords in our industry are “big data” and “data science”. Big Data seems to have a lot of interest right now, but Data Science is fast becoming a very hot topic.

Connecting the dots for a Deep Learning App … Our day to day activities is filled with Emotions and Sentiments. Ever wondered how we can identify these sentiments through computers? Oops, computers who have no brains :)? Try this Deep Learning App yourself (refresh a couple of times initially if there’s Application Error):

R Decision Trees - A Tutorial to Tree Based Modeling in R

What is R Decision Trees?

One of the most intuitive and popular methods of data mining that provides explicit rules for classification and copes well with heterogeneous data, missing data, and nonlinear effects is decision tree. It predicts the target value of an item by mapping observations about the item.

You can perform either classification or regression tasks here. For example, identifying fraudulent…

This article was written by Adit Deshpande.

This is the 3rd installment of a new series called Deep Learning Research Review.

In this rapidly changing world of technology, chatbots market is projected to show major growth prospects during the forecast period. The growing need to maintain a healthy customer relationship management is a major factor driving the growth of chatbots market. Chatbots enables companies to engage in continuous communication with their customers which results in improvement of customer relationship management, which is the ultimate goal of any… 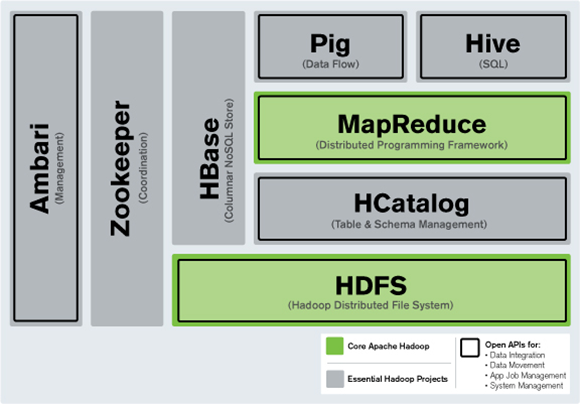 Nonlinear Regression and Generalized Linear Models:
Regression is nonlinear when at least one of its parameters appears nonlinearly. It commonly sorts and analyzes data of various industries like retail and banking sectors. It also helps to draw conclusions and predict future trends on the basis of user’s activities on the net.
The nonlinear regression analysis is the process of building a…

It used to be that we’d see a poorly made graph or a data design goof, laugh it up a bit, and then carry on. At some point though — during this past year especially — it grew more difficult to distinguish a visualization…

Benefits of having a career in data science

First came an infographic about 12 careers in big data. Here is another interesting one from our guest blogger Chetan Ramesh…

Here is an interesting infographic from Chetan Ramesh

Summary:  Reinforcement Learning (RL) is likely to be the next big push in artificial intelligence.  It’s the core technique for robotics, smart IoT, game play, and many other emerging areas.  But the concept of modeling in RL is very different from our statistical techniques and deep learning.  In this two part series we’ll take a look at the basics of RL models, how they’re built and used.  In the next part, we’ll address some of the complexities that make development a…

R is an elegant and comprehensive statistical and graphical programming language. Unfortunately, it can also have a steep learning curve. I created this website for both current R users, and experienced users of other statistical packages (e.g., SAS, SPSS, Stata) who…