How to eliminate a trillion dollars in healthcare costs

Over a five year time period, based on better analytics, and where everybody win (except drug companies, doctors and hospitals).

Most analytic models to reduce health care costs are focusing on having insurance companies,…

Very interesting study published by KDNuggets. Here are the highlights:

BI vs. Big Data vs. Data Analytics By Example 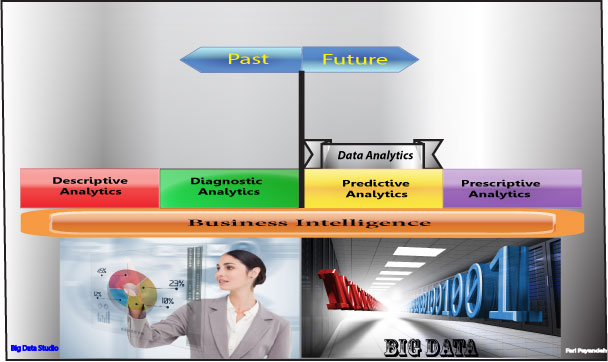 I know that not everyone will agree with my definition of Business Intelligence, but my objective is to simplify things; there is enough confusion out there. Besides, who is the authority on a terminology that its traditional frame of reference is outdated and doesn't cover the entire spectrum of the value that …

If you’re like most organizations, you have made a major investment in…

I am no expert in market analysis of any kind, but my personal Big Data Analytics embedded in my small brains which I inherited from my cave-dwelling ancestors tells me that the industry is anticipating huge profits from…

Join us for a Webinar on September 10. Space is limited. Reserve your Webinar seat now.

A Data Scientist’s Guide to Making Money from Start-Ups

There are several ways to make money via start-ups: There’s been a great deal of discussion over the past several weeks regarding data mining and predictive models.  Terms like “meta data” and “algorithm” are fast moving from the domain of IT practitioners and into the realm of water cooler discussion.  This might be a good opportunity to briefly review some of these concepts in order to better understand data mining practices and standards. May I say at the outset that I know the phrase “Data Suction Appliance” sounds awkward at its best and downright awful at its worst. Honestly, I don’t feel that bad! These are some of the…

With email encryption being targeted by the government as if it was criminal activity (read the story about the Lavabit platform shut down by the government because it was used by Edward Snowden in the recent NSA leak), this could be a great opportunity for mathematicians and data scientists:…