Artificial intelligence – or AI – is a true part of our world, as well as a substantial hub of interest for science and business. Companies are ferociously investing in, engaging in and including artificial intelligence in their operations. It is a fascinating technology that enables new options for companies, from detecting security intrusions…

This article was written by Koustuch on CV-Tricks.
In this series of post, we shall learn the algorithm for image segmentation and implementation of the same using Tensorflow. This is the first part of the series where we shall focus on understanding and be implementing a deconvolutional/fractional-strided-convolutional layer in…
Continue

If Data is as Valuable as Gold, It’s Time to Polish Your Data Architecture

It speaks volumes of the world we live in today when headlines such as “The world’s most valuable resource is no longer oil, but data” and “Why Data May Be More Valuable Than Dollars” are commonplace. With the explosion of IoT and with that 2.5 quintillion bytes of data being created per day, the underlying power of this data comes as no surprise.

Unlike gold however, data is ubiquitous and being created at an exponential rate. So where’s the value in something that is everywhere?…

You must have heard about the global cyberattack of WannaCry ransomware in over 200 countries. It encrypted all the files on the machine and asked for payment. Ransomware, which demands payment after launching a cyber-attack, has become a rising trend among hackers looking for a quick payout. Every day it seems another news breaks about cyber-criminals hacking in and…
Continue 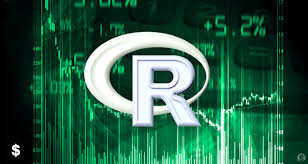 R is an intense dialect utilized broadly for information investigation and measurable registering. It was created in the mid 90s. It is a standout amongst the most well known dialects utilized by analysts, information experts, scientists, and advertisers to recover, clean,…

Enterprise business models evolve over time for many reasons. The Internet has been a key factor driving enterprise business model change in recent years. The recent popularity of smartphones has disrupted consumer habits in travel, investment, entertainment, communication, social engagement, dining, shopping and many daily activities. Consequently, enterprises have been forced to change their business models. While some changes are progressive, others are…

Here is our selection of featured articles and resources published since Monday.

The 6 Biggest Internet Problems We Need to Solve

Over the course of the last two decades, the internet has become nearly ubiquitous. From the ages of rare dial-up connections, our relatively reliable 4G network and endless options for free Wi-Fi at public establishments is its own kind of digital paradise. However, the internet isn’t perfect, and if we want to build a world where our entire population has fast,…

Random Forests algorithm has always fascinated me. I like how this algorithm can be easily explained to anyone without much hassle. One quick example, I use very frequently to explain the working of random forests is the way a company has multiple rounds of interview to hire a candidate. Let me elaborate.

Say, you appeared for the position of Statistical analyst at WalmartLabs. Now like most of the companies, you don't just have one round of interview. You…