8 years ago not even Doug Cutting would have thought that the tool which he's naming after the name of his kid's soft toy would so soon become a rage and change the way people and organizations look at their data. Today Hadoop and BigData have almost become synonyms to each other. But Hadoop is not just Hadoop now. Over the time it has evolved… CMOS SOON TO HAVE MORE I.T. BUDGET THAN THE CIOS; SHIFT ATTRIBUTED TO MARKETING ANALYTICS

The marketing professional’s paradigm is quickly evolving as more are using analytics to expand strategy. According to Gartner by 2017, the CMO of a company will spend more on IT than the…

With Big Data, Context is a Big Issue

In the war on noise, contextual applications serve as crucial ammunition.

With all the hype around Big Data, we’ve become extremely proficient at collecting data – be it from enterprise systems, documents, social interactions, or e-mail and collaboration services. The expanding smorgasbord of data collection points are turning increasingly portable and personal, including mobile phones and wearable sensors, resulting in a data…

Spark and Spark Streaming are two components of the "Berkeley Data Analytics Stack" (BDAS).  Spark Streaming is one of the few open source options available for "Real-time Big Data".  See my slides and 35-minute presentation from last night, which was part of Global Big Data Week:

How Big Data will disrupt HR and Recruiting--PODCAST

Want to know what we think about how Big Data is going to affect HR and recruiting?

This interview is the first of a monthly series of podcasts on Big Data and HR.  Big Data Trends will be available on…

Relationships are built on trust and mutual understanding – if a company wants customers to trust them with their data, the company must foster that trust. Data governance and sensitivity about your customers’ data must be enforced internally and communicated externally – to your customers.

Now, here is a treat for all you Hadoop and Ubuntu lovers. Last month, Canonical, the organization behind the Ubuntu operating system, partnered with MapR, one of the Hadoop heavyweights, in an effort to make Hadoop available as an integrated part of Ubuntu through its repositories. The partnership announced that…

34 data science, big data, visualization and analytics articles from small and big news outlets - including MIT, Harvard Business Review, Forbes, New York Times, Wall Street Journal, Bloomberg, Wired and many more. Published over the last 30 days. In mildly random order - the most recent ones at the top. The first one is actually a sponsored listing. … 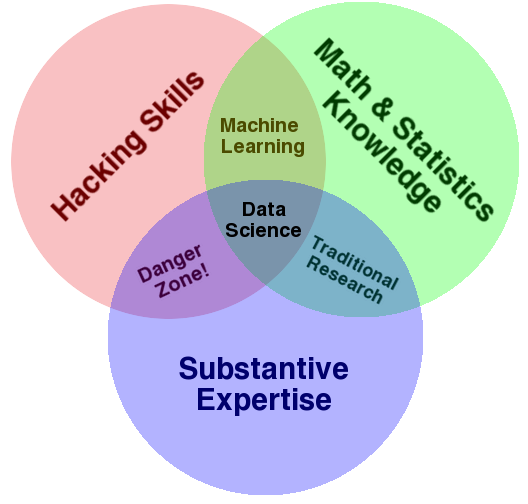 Relationships are built on trust and mutual understanding. Building a 360 degree customer data profile facilitates the marketers’ understanding of their customers.  This in turn, helps marketers provide their customers the best experience and service, target product offerings, and produce relevant communications. The key to building a 360-degree customer profile is aggregating as much relative data as possible.  Centralizing the 360-degree profile in an easily accessible and robust…

As Big Data circulates more often in the HR crowd, companies are looking for ways to jump on the bandwagon, pull their numbers and crunch away.  But leveraging HR analytics to make decisions is far more complex than having a shiny new system that spits out charts and graphs.

Big Data may start with that shiny new system, but it's only effective if it ends with a story you can tell to the decision…

Like most data scientists, I've been using Excel a lot in my career, and it definitely has some very powerful features. Probably the greatest one is its ability to help design,…