Choosing a high school is one of the first big decisions in life. With over 400 public high schools in New York City, the families of students can be overwhelmed by the long list of schools, each of which promises secondary education for students with curriculum ranging from biology to engineering to musical theater. The options seem endless. Using the public high school data sets released by NYC Department of Education, I made this…

In the NBA, a top player makes around a thousand shots during the entire regular season. A question worth asking is: What information can we get by looking at these shots? As a basketball fan for more than 10 years, I am particularly interested in discovering facts that can not be directly seen on live TV. When I was surfing on web last week, I found a data set called NBA shot-log from Kaggle. This data summarizes every shot made by each…

New York City — it's known for its fast walkers, busy people, and of course aggressive drivers. Many people who live here know that it is a nightmare to drive here; there are too many cars, too few parking spots, jaywalkers, cyclists, flashing lights, honking, and the list goes on. It's no wonder that after living here for a majority of my life that traffic conditions in Boston felt very tame in comparison. When I was in Boston for college, the…

For many, mathematical modeling is exclusively about algebraic models, based on one form or another of regression or on differential equation modeling in the case of dynamical systems.

Where There Are Numbers, There Is Box Plot

Multiple numeric columns in data and even more techniques at hand to analyse the data, like histograms, ANOVA, mean/median, contingency tables, scatter plots, variance…what to choose for exploratory or descriptive analytics!

This is an everyday scenario faced by an analyst. There are too many numbers and challenge is to communicate the scenario to business folks. Whether its competitive analysis, internal sales analysis,…

When I tell people that I work at an AI company, they often follow up with “So what kind of machine learning/deep learning do you do?” This isn’t surprising, as most of the market attention (and hype) in and around AI has been centered around Machine Learning, and its high profile subset, Deep Learning, and around Natural Language Processing, with the rise of the chatbot and virtual assistants. But while machine learning is a core component for artificial intelligence, AI is in fact more… 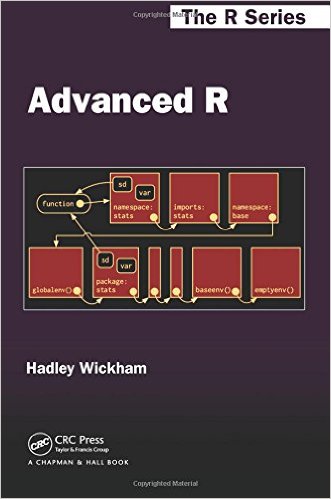 An Essential Reference for Intermediate and Advanced R Programmers

Advanced R presents useful tools and techniques for attacking many types of R programming problems, helping you avoid mistakes and dead ends. With more than ten years of experience programming in R, the author illustrates the elegance, beauty, and flexibility…

The Future is Bright for Banking

2018 is likely to be a game-changing year for the banking and finance sector. As the General Data Protection Regulation (GDPR) and Revised Payment Service Directive (PSD2) are implemented across the European Union, the exclusive control of banks and other financial institutions on financial data of their customers is about to end. These new… Providing a broad but in-depth introduction to neural network and machine learning in a statistical framework, this book provides a single, comprehensive resource for study and further research. All the major popular neural network models and statistical learning approaches…

You need to ask yourself questions even before you start working on the data. **Does this data make sense?** Falsely assuming that the data is clean could lead you towards wrong Hypotheses. Apart from that, you can discern a…

The seven deadly sins of statistical misinterpretation, and how to avoid them

Interesting machine learning app posted on Vonvon. You need to log on using Facebook, and it automatically fetches your profile pictures, but you can also upload some pictures from your computer. It then tries to find a match in a database of star pictures. It asks for your gender, but obviously as you can see below (this is me, on the far left) not for your age. It would be interesting to test two different pictures of the same… The Deep Learning textbook is a resource intended to help students and practitioners enter the field of machine learning in general and deep learning in particular. The online version of the book is now complete and will remain available online for free. For more information about this 700+ pages free book and its authors, click here.

The picture below represents a selection of (non-free) deep learning…

This infographics was produced by Dataiku. Click here to find the original image, along with the article describing the various concepts.  Here are other interesting pictures illustrating data science topics:…

This article was posted on Intellipaat.

Hadoop is an open-source framework developed in Java, dedicated to store and analyze the large sets of unstructured data. It is a highly scalable platform which allows multiple concurrent tasks to run from single to thousands of servers without any delay.

It consists of a distributed file system that allows transferring data and files in split seconds between different nodes. Its ability to process efficiently even if a node…

The promise of Big Data is in analytics and how companies can derive business intelligence to help them make data-driven decisions. A data-driven culture in organizations requires investments in people, processes, and technology. Even though technology alone will not answer all questions, I have to admit that recent advances in Business Intelligence (BI) and Analytics tools and technologies made it possible for business users to derive business insights without active involvement from IT.…

How to stay out of analytic rabbit holes: avoiding investigation loops and their traps

“What if we add these variables?..” is a deadly type of a question that can ruin your analytic project. Now, while curiosity is the best friend of a data scientist, there’s a curse that comes with it – some call it analysis paralysis, others – just over-analysis, but I call these situations “analytic rabbit holes”. As you start any data science project – be it an in-depth statistical research, machine learning model, or a simple business analysis – there…