I recently published a guide to the different career paths within data science, and how different skills and tools can fit together into the perfect data science role. This was part of my research for the comprehensive guide to getting a first data science job I…

In today’s world of big data and the internet of things, it is common for a business to find itself sitting atop a mountain of data. Possessing it is one thing, but leveraging it for data driven decision making is a much different ball game. Gut-feelings and institutionalized heuristics have traditionally been used to guide development of…

Forget #dataviz - As immersive #VR emerges we will experience #datarealization which is the experience of touching, smelling, sensing and physically manipulating data in an immersive data art exhibit.

Imagine putting on your #VR headset and you are in a chart. Not a bar or pie chart, but something totally new - an experience chart. You walk to the right and you see mountainous three dimensional structures. As you walk up to one you touch it and you hear a voice say “sales in December… Continue

In summary, Stephen says, “Is there a… 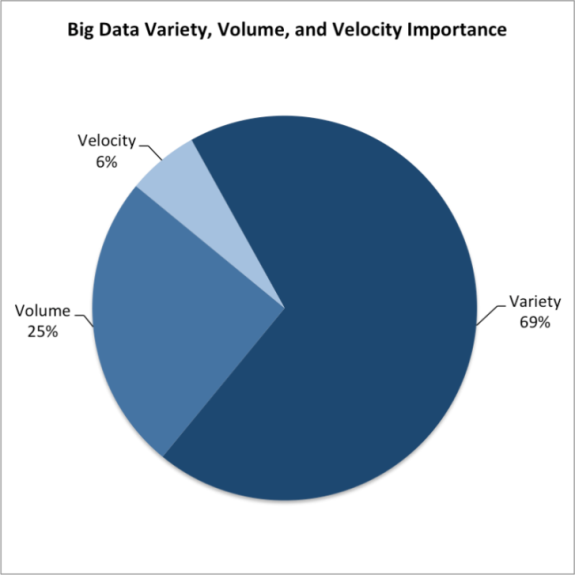 This report provides a detailed discussion of each of the 10 signs of data science maturity, which—among…

We propose here a simple, robust and scalable technique to perform supervised clustering on numerical data. It can also be used for density estimation, and even to define a concept of variance that is scale-invariant. This is part of our general statistical framework for data science. Previous articles included in this series are:…

Summary:  Management values the self-starting, data-driven, curious, and urgent characteristics that define the Citizen Data Scientist.  But the path to encouraging these individuals also requires setting limits and risk procedures of a wholly new type.  Procedures that will protect the organization so that bad analytic conclusions don’t become bad financial outcomes for the company.

During a conversation I had with Peter Norvig, we discussed about the kind of projects that we do at Machinalis and how strange does it feels to say that "we are a Machine Learning company": In many projects, the amount of effort spent on R&D on Machine Learning is usually a small fraction of the total effort, or it’s not even there because we plan it for a…

Getting the Complete Picture from Your Brand’s Social Listening

Social listening has a nasty habit of being completely soft—all about the words without the context of volume and velocity of conversation—or completely quantitative with little information about what’s actually being said. Unfortunately, this leads to conclusions that don’t help you make better strategic decisions. Whichever way your listening leans, you can’t get a clear picture of a situation or your brand online without both the qualitative and the quantitative.

Analytics is still in a phase in many organizations where selling it internally to the stakeholders is the biggest challenge.Creating analytics is a cost- resource intensive investment for enterprises and  evangelizing the trust in data driven thinking and optimizing the opportunity cost due to delay in adoption is the most crucial problem to solve.
All the frameworks which talk about the Analytics mix, various technology & tools stack and maturity roadmaps, are confined to…
Continue