This idea came to me out of the blue. I was scrolling through Y Combinator's Hacker News board in search of inspiration. I noticed that some posts (very insightful ones, I thought) ended up at the bottom of the list, other posts were popular but had no comments and some triggered lots of comments but were ranked very low. I can imagine that being popular on Hacker News means a lot to a contributor: s/he gets a ton of views, the post generates…

This list was published on r-statistics.com, and it is a bit old (2013). Yet still very valuable. Below are the top 25 in the list, with the number of downloads on the right-hand side. 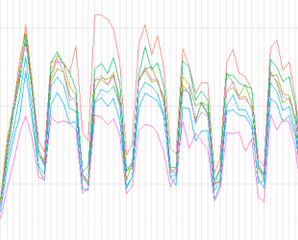 This dashboard has been developed using Javascript, PHP, MySql and the Chartie API. Weather stations temperature…