Python is one of the most powerful, easy-to-read programming languages around, but it does have its limitations. This general purpose, high-level language that can be extended and embedded is a smart option for many programming problems, but a poor solution to others.

Python For Dummies is the quick-and-easy guide to getting…

You've probably comes to mind the question, whether the Artificial Intelligence (AI) is important ?; what are the benefits of AI for human life ?. So easy to understand I will deliver with a fictitious example, if the reader ever watched the movie Spiderman-2 wherein the antagonist named Dr. Octopus background a genius scientist who has discovered solar fusion energy, simply Dr. Octopus is able to create a clone of the sun in the lab, both in terms of form, the energy…

This article was written by Jim Frost from Minitab. He came to Minitab with a background in a wide variety of academic research. His role was the “data/stat guy” on research projects that ranged from osteoporosis prevention to quantitative studies of online user behavior. Essentially, his job was to design the appropriate research conditions, accurately generate a vast sea of measurements, and then pull out patterns and meanings from it.

After you have fit a linear model…

From Data Analysis to Machine Learning

This article is no longer available. See here for original version.

I recall somebody mentioning that the former definition for insanity is doing an action repeatedly while expecting different results.  Among the interests that I have in organizations is how at times many organizations make the same mistakes; or how sometimes the same mistake might be made by a particular organization repetitively.  So it is fascinating indeed when an airline facing an ice storm encounters much the same complaints from customers after a similar storm the previous year.  I…

Regression is arguably the workhorse of statistics. Despite its popularity, however, it may also be the most misunderstood. Why? The answer might surprise you: There is no such thing as Regression. Rather, there are a large number of statistical methods that are called…

t-SNE algo in R and Python, made with same dataset

t-Distributed Stochastic Neighbor Embedding (t-SNE) is a (prize-winning) technique for dimensionality reduction that is particularly well suited for the visualization of high-dimensional datasets. The technique can be implemented via Barnes-Hut approximations, allowing it to be applied on large real-world datasets.…

How to Boost Your Career in Big Data and Analytics

The world is increasingly digital, and this means big data is here to stay. In fact, the importance of big data and data analytics is only going to continue growing in the coming years. It is a fantastic career move and it could be just the type of career you have been trying to find.

Professionals who are working in this field can expect an impressive salary, with the median salary for data scientists being $116,000. Even those who are at the entry level will find high salaries, with…

Big Data changed my life. It can change yours too!

Hi, my name is Brontobyte and this is my story of how I grew up from a Byte, to Megabyte, to Gigabyte, to Brontobyte. I was born possibly in 1956 to unknown parents at an undisclosed place. All I know about my birth is that my Godfather Mr. Werner Buchholz from IBM gave me my name ‘Byte’ in July of 1956. I was told that Mr. Buchholz named me Byte (instead of bite) so I won’t be lost with all those bits and I am so thankful to him for making me feel special. So I am…

The technique presented here blends non-standard, robust versions of decision trees and regression. It has been successfully used in black-box ML implementations.

In this article, we discuss a general machine learning technique to make predictions or score transactional data, applicable to very big, streaming data. This hybrid technique combines different algorithms to boost accuracy, outperforming each algorithm taken separately, yet it is simple enough to be reliably…

Digital Transformation and high-tech Robo-Advisor - do you need one? 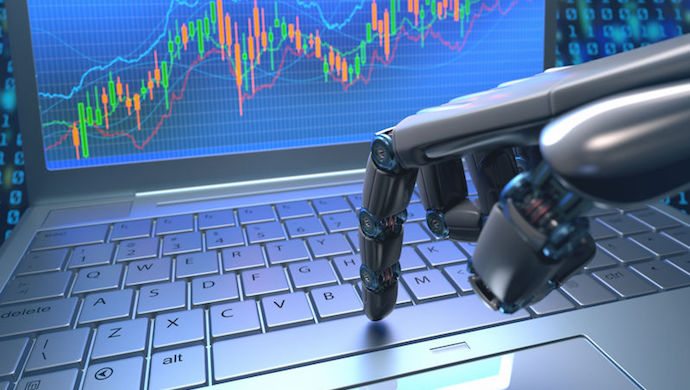 How many times you have listened to the advice of your friend/colleague or someone you know, to invest in stock market? Many people have gained and lost their fortune with this guess work and now younger generation is more scared to hand over their hard earned money to someone for investing.
Until recently, you had 2 options for investments - either hire a human…
Continue

This article was written by Yhat. 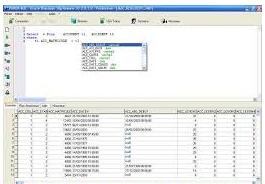 One of my favorite things about Python is that users get the benefit of observing the R community and then emulating the best parts of it. I'm a big believer that a language is only as helpful as its libraries and tools.

Data Science: Identifying Variables That Might Be Better Predictors

I love the simplicity of the data science concepts as taught by the book “Moneyball.” Everyone wants to jump right into the real meaty, highly technical data science books. But I recommend to my students to start with the book “Moneyball.” The book does a great job of making the power of data science come to life (and the movie doesn’t count, as my wife saw it and “Brad Pitt is so cute!” was her only takeaway…ugh). One of my favorite lessons out of the book is the…

JavaScript Library for Plotting Water Data for the Nation

How to Clean Your Data Quickly in 5 Steps

Let’s face it – cleaning data is a waste of time.

If only the data had been collected and entered carefully in the first place, you wouldn’t be faced with days of data cleaning to do. Worse still, your boss probably doesn’t understand why you can’t just do it in a few minutes. After all, you only need to click a few buttons in Excel, don’t you?

Well, we all hate data cleaning, but if we get organised and learn a few tricks there are ways to…

Yet another introduction to Neural Networks

There are many great tutorials on neural networks that one can find online nowadays. Simply searching for the words “Neural Network” will produce numerous results on GithubGist. Even tough there are many examples floating around on the web, I decided to have my own Introduction to Neural Networks!

In my tutorial, I specifically  tried to illustrate the use of Python classes to define layers in the network as objects. Each layer object has forward and backward propagation methods which…

Business Model Transformation and What it Means to the Data Industry

“..our understanding of the business model journey allows us to see that, over the long term, the greatest innovation risk a company can take is to decide not…