Today Trump met with leaders of pharmaceutical companies, to discuss “astronomical” drug prices and reduce regulations, so that drug companies can still make hefty profits while charging less for drugs. The motivation could be to keep the costs of healthcare down to facilitate the elimination of Obamacare. But how do you achieve such a goal? Someone somewhere has to be the loser in that game.

What causes drugs -- at least in US -- to be so expensive?  The answer is time-consuming research, performed mostly in US, and highly regulated by the FDA. Testing a new drug takes years of various stages of clinical trials, and these clinical trials are performed by teams of highly paid statisticians. Indeed, statisticians contribute significantly to the cost of producing new drugs. Thus these professionals are potentially a target for the new administration, as they work both for drug companies as well as for those regulating them. 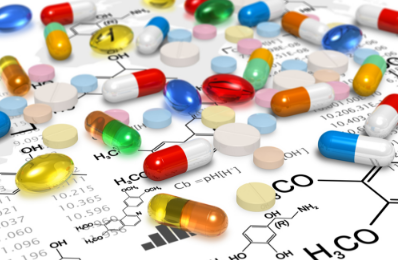 What's more, a quick search on Indeed shows that more than one third of recent job ads for statisticians in US are related to healthcare in general (though some are for marketing statisticians for drug companies; my guess is that these would be at risk too when it comes to cost cutting.) For those wondering what is the difference between a statistician and a data scientist, read this article. In short, statisticians represent a subset of data scientists.

Evidently, should statisticians lose their jobs, they will very easily find new positions in different industries due to the lack of analytic talent everywhere. Yet another threat to job security are the new immigration regulations, which impact people with analytical backgrounds much harder: a large number of data scientists in US  -- probably the majority -- come from a different country, with Asia significantly over-represented (some countries in Asia, such as Pakistan, are mostly Muslim.).

Companies will eventually work with statisticians located overseas if the Visa issue is not properly resolved, and that would defeat Trump's belief that stopping immigration will force US companies to hire people in US. Moreover, jobs that require a security clearance can not be outsourced abroad. Will Trump do something to encourage women to become data scientists, to help with this issue?

What are your thoughts on this? As a statistician in the pharmaceutical industry, are you worried about your career, because of the new administration? Share your experience and thoughts in the comment section below.

You forgot to mention this. It's an abomination.

I doubt that streamlining the process of approving new pharmaceuticals will cost any statisticians their jobs, though the demand might shift somewhat, especially if the job is bungled, requiring consumer advocates, the AMA, and states to do what the FDA is supposed to do, which is to insure that food and drugs sold in the US are safe and do what vendors say they do.

The proper way to avoid universal health insurance schemes like the ACA is to try to reduce the cost of health care (thus reducing the need for insurance), so I'm glad the Trump Administration appears to be making efforts in that area.  Perhaps HHS can hire some laid off pharma company statisticians to help move the process along (tongue firmly in cheek).

First, I doubt Trump is targeting statisticians, he's asking for a re-evalutation of the process.  Second, when disintermediation occurs, there is not necessarily a loser.  Third, his reinstatement of a hiatus on immigration from Obama designated terrorist states (Pakistan is not included in the list but IS taking steps against terrorist organizations to insure it does not join the list) is not even remotely connected with his job program.

You might enjoy my recent article about the Trump campaign and BIGdata - http://bit.ly/BIGDvsTrump