According to The New York Times, while The Weather Company employs many atmospheric scientists and meteorologists, nearly three-quarters of its scientists work in data and computers. The Weather Company was already storing most of its data with IBM’s cloud computing platform, and now Big Blue has access to all that data, which they can now sell to other companies who need to know about the weather. 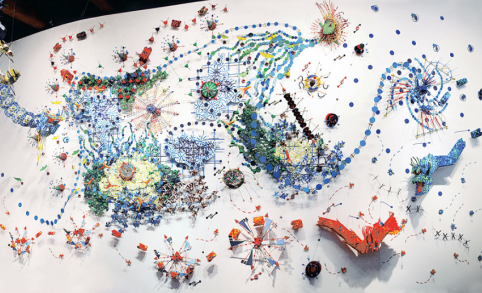 The ability to reliably predict the weather has always been important, but people wrongly assume that weather data is only useful to a handful of industries, like agriculture and transportation. In fact, weather data is increasingly important in scores of industries to create accurate predictive models using machine learning algorithms.

Technology companies and analytics vendors who can build accurate weather data into their predictive models could see a massive competitive advantage.

Picture, for example, a trucking company that could reroute deliveries around an incoming storm.

But weather affects all sectors of our economy in sometimes surprising ways:

Because of all this, a company that could help accurately predict these patterns and apply them to business forecasts could become invaluable.

The other part of this equation has to do with the Internet of Things.

IBM has announced that customers with existing Internet of Things devices connected to its cloud computing services will now be able to access weather data.

In addition, The Weather Company has a popular smartphone app that collects barometric pressure data from phones’ sensors in millions of locations around the world 96 times a day.

As is often the case, combining IBM’s analytics power and the weather data collected by The Weather Company will undoubtedly lead to more answers — and more questions — than we can accurately predict at this time.

Let’s just say, the forecast is good for this merger.