A window of opportunity for data democracy (Part III of III) 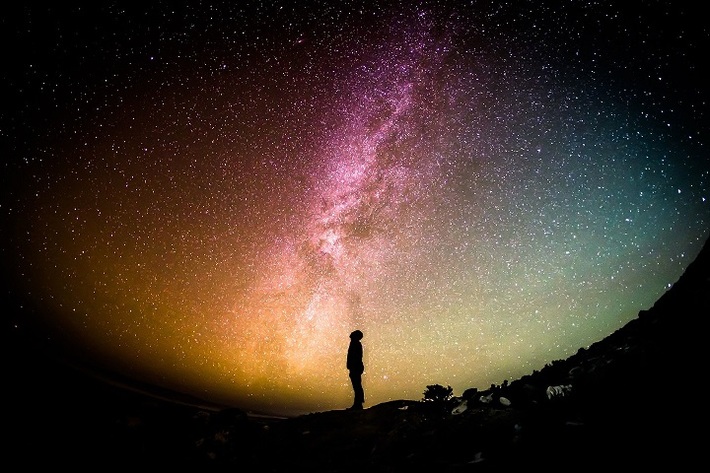 “Every organization has to prepare for the abandonment of everything it does.”

In this series, I’ve been describing a data democracy that’s just a dream now. That dream is comparable to what Thomas Hobbes and John Locke wrote about when it came to a nation's people and individual identity to more than 330 years ago. A number of Locke's concepts (such as individual rights including "life, liberty and the pursuit of happiness") later ended up in the US Declaration of Independence, and also informed the French Revolution closely afterwards.

Data democracy, similarly, grants individual rights to users such as the right to personal data control and protection and the right to store,share, protect and preserve your data as you deem fit, e.g., using the InterPlanetary File System (IPFS) or another comparable peer-to-peer (P2P) data network and the layers of services on top of these.

Data democracy will become increasingly critical once we reach the era of personal digital twins that could represent users individually and allow individual users and other things to interact.Online interaction itself generates an intermittent flow of data that implies a need to protect the ownership rights of individual users beyond data in place.(See https://www.datasciencecentral.com/profiles/blogs/why-we-shouldn-t-... for a take on why a digital twin-based metaverse will take 25 years or more.)

Are some of the more innovative companies and users incrementally deepening their commitment to P2P data networks and other less centralized platforms and tooling? (Some are calling this environment the decentralized web, or dweb.) It seems so. At the same time, a renewed community of startups is already well along toward developing a more functional, more decentralized environment overall.

Below was the 2020 status and 2021 next steps that Steven McKie of Aventum Capital noted and anticipated last year. He considered IPFS already mature, and the progression in overall functionality since 2015 has been undeniable:

What others can do now

The window of opportunity is already opening. Keep in mind: Data democracy at scale will be near-on impossible given current centralized IT architectures and the occupied data territory that's already staked out. Currently, when it comes to most data that's generated online, social media, cloud services and ecommerce companies claim possession, and that data is too valuable for them to relinquish the unfettered use of.

As a result, the data inequalities between the Haves and the Have Nots will only grow wider, Such inequality has already led to an urgent desire to escape the confinement of centralized social media and other cloud services,stake out new data territory as well as make use of more decentralized platforms and services.

I pointed out in Parts I and II that data democracy could start small, allowing at least the most vulnerable correlatable identifiers of users (such as passport and social security numbers) to stay on the devices of those users, using on-device matching and encryption to ensure those identifiers aren’t duplicated in thousands of different corporate and government repositories that are vulnerable to data breaches.

Data villages and towns are already springing up, and less centralized ledgers that have distributed hash table addressing compatible with IPFS have already existed for a dozen years or more.

The best chance data democracy has would be to embrace new peer-to-peer data networks such as IPFS, along with the personal data protection IPFS offers by default. Older web and app-centric mobile architecture at this point encourages the farming and harvesting of more and more personal data by social media and search companies. In the process, we could give control of the most sensitive personal data back to users.

Using tech in old, feudal ways just doesn’t make sense any more. Improvements in technology should ensure independence. Quite a few people already realize that and are already starting to use P2P data networks and, along with it, a different, more rationalized development stack.

If we have nations that claim to operate more or less democratically, why don’t we have data democracy? Part I pointed out that, surprisingly enough, as we’ve moved at least of portion of societal interaction online, we’ve reverted to a form of data feudalism in the process.

How did we regress to feudalism in the 2000s, considering that many of us have been used to living under a democratic (with a small d) system? Because democracy is fragile, governments move slowly, and the public at large doesn’t understand the consequences of very large companies capturing and harvesting their data, making individual users data serfs in process.

Don’t believe me? Then I’m guessing you may have not turned over as many rocks as I have, confirming over and over for 25 years of studying emerging enterprise technology  that, as William Gibson said, “The future is here; it’s just less evenly distributed.”

So why don’t we do more than we’re doing? People working together less effectively than they can are the gating factor. We can’t seem to optimize how people work together in a practical, problem solving context to solve big problems.

For example, in software and systems, we’re creating too much duplication and too many dependencies, resulting in complexity spiraling out of control that we have to fight with constantly just to keep systems stable. (The book Software Wasteland by Dave McComb makes the complexity case compellingly, and prescribes a data-centric architecture solution.)

Granted, some of us are doing much better at solving big problems than others. (See, for example, The Blue Brain project, focused on reverse engineering the brain, and the Blue Brain Nexus knowledge graph, used by academics globally to share information and collaborate with the help of that information.)

What’s an example of a big problem we can’t seem to solve at all? Adapting to the increasing rate of change. Peter Drucker said years ago, “Every organization has to prepare for the abandonment of everything it does.” In our case, we need to abandon application-centric architecture, as well as centralized data security and archaic (=25 years old) forms of web identity that just get in the way.

Data can represent anything. Logic, for example, can be represented as data and shared via knowledge graphs, and it’s clear that a lot of logic would be better served if it weren’t trapped in applications, and if it were more accessible as data.

We’re talking about assuming responsibility for iteratively building a world of interactive digital twins that have to meet all sorts of requirements, without applications and all their substandard integration methods and other obsolete baggage getting in the way.

In a data-centric world, we’d be talking about Data (the superset with the big D that includes represented knowledge, which includes logic) eating software (the subset, which can all be represented as data), and capable humans building data-centric systems so that we can finally abandon ancient architecture designed for times when we didn’t have the compute, networking and storage we do now.

How do we start?

We start by getting preconceptions out of our heads that might have made some sense at an earlier point, given the limitations. Working with P2P data networks and the nascent layers on top of those networks suggests new understanding of fundamental concepts.

With the right data representations we can stand back, study and manipulate the concepts or objects represented to see what happens when you do things this way, or that way.

So many diverse talents can help open these opportunities up. We don't just need data scientists, engineers and analysts. We need synthesists (the obverse of analysts, bringing more sources together and envisioning how systems can evolve), abstractionists (to capture the essence of meaning at higher, more abstract levels), etc. To bridge the gap between tech and business, we need people who can envision how systems will come together. We need a new conceptualization of roles–a clean slate that articulates how humans and machines can work together more closely to create digital twins and the data interoperability that can enable them.

Most of all, we need to acknowledge and raise awareness: Knowing what’s most important about technology and especially online data and how to protect what’s yours isn't just helpful–it's essential for self-defense.