Six AI Strategies – But Only One Winner

Summary:  The results are in.  There is only one demonstrably successful strategy for creating big wins for AI-first companies.  We’ll briefly summarize the other contenders that have fallen by the wayside and then lift the curtain on the winner. For the last three years we’ve been close observers of exactly what makes a successful AI/ML strategy.  In addition to our own observations we’ve been listening closely to VCs and how they describe their internal process for deciding who to fund.  It’s remarkable how rapidly and fundamentally this conversation has changed.

We’ll start with a brief reprise of the various strategies we’ve described over that period and finish with a startling conclusion.  If you want to be a big and successful AI-first company there really is only one proven strategy.  And yes, there are still opportunities here for new entrants, though we strongly suspect that those future stars already exist and are doing their darnedest to grow as fast as possible.

Here’s a brief synopsis of the AI/ML strategies we’ve observed pretty much in the order we first saw them emerge.

We list this strategy only because this is where the vast majority of enterprises are today.  Carving out specific projects where they’ll utilize some elements of AI/ML to tweak the existing business model.  This is the common approach of grafting new tech onto old outmoded business models.

This isn’t unique to large established companies or necessarily even bad.  However, there are plenty of startups that have simply grafted AI/ML onto their existing products.  This isn’t AI-first and it’s the source of the new term ‘AI-Washing’.  This correctly implies that there’s not enough AI/ML here to create a breakthrough, just enough to justify putting it in the advertising.

The core concept is to make an AI product or platform that can be used by many industries to solve problems more efficiently than we could before AI.  In the beginning many companies thought they could create cross-industry AI utilities.  And if you’re one of the surviving advanced analytic platforms or data prep suites you may have been right.

These opportunities were rapidly swallowed up by the monoliths like Google, Amazon, IBM and Microsoft.  By their own research and strategic M&A, they rapidly dominated the opportunities such as advanced analytics and generalized image, video, speech, and text AI tools.

None of these started out to be an AI-first company.  They grew up alongside the developments in AI/ML and rapidly adopted it.

There is no particular requirement here for deep industry or process expertise.  It’s a widely held principle among VCs that startups should keep a maximum distance from these competitors in order to be at all defensible.

And thanks to the open source ethos of IA, there’ really no defensible IP in a ‘proprietary ML or DL algo.  Plus, they don’t own the customer’s core problem or train on data unique to that problem.  These are general purpose tools that must be adapted by industry or consultants to become targeted solutions.

Horizontal strategy is not where new success lies today.

There is a small exception to the horizontal strategy which consists of narrowly defined, technically difficult problems which several industries share in common.  Fraud detection and other rare anomaly detection problems such as cybersecurity intrusion detection are the poster children for this group.

These are highly tuned special purpose modules that are practically plug-and-play in the industries and applications for which they’re targeted.  Frequently they have adapted their UIs so that non-data scientist analysts or even LOB managers can use their sophisticated DS techniques without having to directly operate or configure them.

The vertical and data dominance strategies have rapidly converged and still offer opportunities for commercial success.  They require deep industry and process expertise where the focus is on a single industry and generally requires defensible ownership of the core training data.

Apps in this category always strive to be enterprise in breadth expanding beyond their key AI/ML unique positioning to create a full vertical solution to a specific industry problem.

BlueRiver in agriculture, Axon in police vest cam video, and StitchFix in fashion are all good examples of vertical/data dominant strategies successfully executed.  How successful can companies in this strategic group be?  Well BlueRiver was acquired by Deere.  Axon (of Taser fame) is public and may have avoided a flameout by expanding into police video.  Stitch Fix went public in late 2017 and trades today around $24 where it has traded for most of its post-IPO life.

The Systems of Intelligence (SOI) strategy emerged from an article in early 2017 by VC, Jerry Chen of Greylock Partners.  Mr. Chen observed that core operational data was locked away in operational systems that are Systems of Record.  At the time, attempts to get at SOR data and blend it with other external sources was difficult and required custom solutions mostly from the new-at-the-time world of data lakes.

Chen imagined a business world in which users would call on Systems of Intelligence inserted between SORs and friendly UIs that would allow all users to access sophisticated DS based analytics and modeling, thereby creating value.

SOI strategy does not necessarily require defensible data (which could only be data appended from external sources) and sought to be as general and universal as horizontal strategies meaning that they weren’t tailored to specific industries or customers.

For example, one might develop an SOI that would sit on top of a CRM SOR system to give valuable analytics around the customer journey.  It’s not evident whether any companies utilizing this strategy still exist.  In general if your SOI was good you rapidly became an M&A target for the underlying deep-pocket SOR (SalesForce, PeopleSoft, SAP, Oracle, and the like) or were a target for acqui-hire.

And the Winner is – Platform Strategy

The research firm CBInsights recently published a report on the “19 Business Moats That Helped Shape the World’s Most Massive Companies”.  Six of these companies, Amazon, Google, Open Table, Uber, Apple, and Facebook are AI-first companies and all succeeded and created material barriers to competitors by adopting the Platform Strategy. 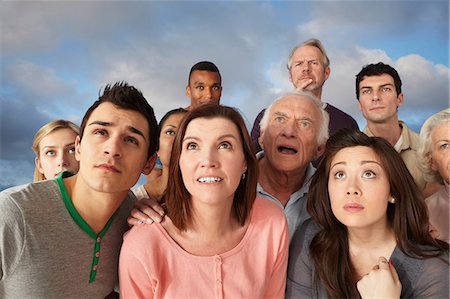 What Exactly is a Platform Strategy?

The centerpiece is an intermediary economic platform with two distinct user groups, typically buyers and sellers, which adds value to the transactions by exploiting Metcalfe’s law, showing that the value of the network increases with the number of users.

CBInsights has added a second level of detail showing that platforms can arise in different ways.

Amazon for example grew its platform based on marketplace network effects.  Their platform aggregates supply and demand for a given product, drawing in more competing suppliers to join the marketplace, where customers find a more efficient experience and less expensive source.

Google however is an example of growing a platform based on data network effects.  In a data platform there is a central repository of knowledge with more users drawn in as it becomes more useful.  Clearly this describes Google’s well known continuous improvement of search results.

Open Table is an interesting example as they didn’t set off to be AI-first or with the intent to build a platform.  Rather the original Open Table product was a reservation system meant to simplify restaurant backend operations, which were notoriously inefficient.  What they achieved almost by accident was to put a networked server (with the software) in a very large number of restaurants.

The networked server gave Open Table access to customer behavior data where AI/ML was used to enhance response.  Their proprietary networked server also kept competitors away due to high switching cost and the disruption of operations that would occur.

The lesson seems to be that it’s still possible to create a platform strategy using a back door approach, introducing automation and AI/ML where it hasn’t been used before.

Uber’s case may seem obvious but differs from our others as they set out to own and match supply and demand.  They identified an underserved market with significant consumer pain points (taxi riders) and used their two sided market to draw more and more drivers in to meet demand with innovations like surge pricing.

Facebook’s case is also different.  It’s opening product which offered little more than access to other user’s profiles was not particularly sticky and didn’t promote increased usage.  But with the addition of features like photos and the ability to tag photos with the names of other users they built a feature-based platform that is a proven network generator.  Since users who are tagged by others in photos they themselves didn’t upload and then are notified that so-and-so has tagged you, who could resist looking.

Finally Apple which may seem the least like a platform company.  But on a foundation of OS supplemented by great products they have made their OS ecosystem even more effective with features like the App Store, iTunes, and iCloud.  Users are locked in by the OS and the switching cost to other OS’s are simply considered too difficult or qualitatively inferior.

So to our way of thinking, case closed.  While there may be some room for new entrants in the Vertical or Purpose Built Analytic Module strategy those opportunities will probably result in only modest wins.  The message for us is clear.  If you want to big and successful, think platform.

Other articles on AI Strategies