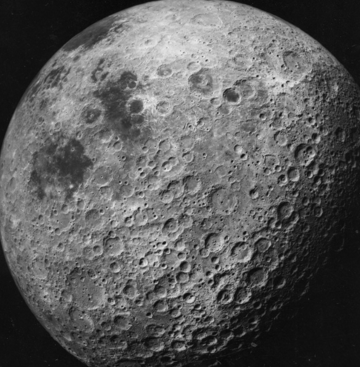 This turns out to be a very interesting mathematical problem, even allowing you to compute the first few decimals of exp(-Pi) using some simple laboratory experiment, then compare it with the real value. The solution involves one of the most well known special (transcendental) mathematical functions.

The problem can be stated as follows: if you randomly throw discs of radius R  -- R being a random variable with density f(r) -- over the two dimensional plane, at a rate of v discs per unit area on average,  what proportion of the plane will be covered by these discs? Some of these discs will be overlapping. Of course, the answer depends on v and on R.

Before reading any further, I strongly encourage you to answer this question yourself, either by performing simulations, or by mathematical computations. This is a classic coverage problem in stochastic geometry.

First, let's assume that R is constant. Then, the probability that a random location won't be covered by at least one disc, is equal to the probability that no disc center is closer than R distance units, to this location. That is, there is a circle of radius R, centered around the location in question, not containing any center of any disc. Given the fact that disc centers follow a Poisson point process of intensity v, the probability for such an event is Exp(- v Pi R^2), as the number of expected points of a Poisson process, falling in a given area, follows an exponential distribution of mean equal to v times the area. In this case, the area (of a circle of radius R) is Pi R^2.

If R is a random variable with density f(r), then instead of one Poisson process for the disc centers, we have a superimposition of an infinite number of Poisson processes, each one corresponding to a specific value R = r.  Thus, the probability for a location to not be covered by any disc center becomes INT{ Exp(- v Pi r^2) * f(r) dr }, INT denoting an integral over all possible values of R.

Thus, the proportion p of the plane  covered by these discs is equal to

In the case of the craters on a celestial body, one can expect R (the radius of the craters) to have an exponential distribution, and thus p - the proportion of the surface covered by these craters - can be expressed in terms of the error function (aka the bell curve). Here we assume that locally we can approximate a large portion of a planet by a plane, just like when we draw Earth maps.

Also, if R is constant and equal to (say) R = 1, and if v = 1, then p = 1 - Ex(-Pi). This allows you to easily perform Monte-Carlo simulations (throwing these discs at random and computing coverage) to get an estimate for Exp(-Pi).

Related article: what is the probability to have twin stars?

Google reverse image search says it is the far side of the moon.

I am curious, is the image in this article of the moon or Mars?