And creates the first legit, private lottery company. The winning numbers, to be published each week, are just as random and unpredictable (if not more) than winning numbers from state lotteries. It can be designed so that the expected gains for participants are far more favorable and more closely aligned with what casinos offer: in short, the odds of winning and multiplying your (say) $20 bet by (say) 10 or 100, can easily be made much higher than in traditional lotteries. It even beats the stock market, if you look at the return over the last 15 years. So how is this possible, when large-scale lotteries are illegal everywhere and punished by many years of prison and gigantic fines? 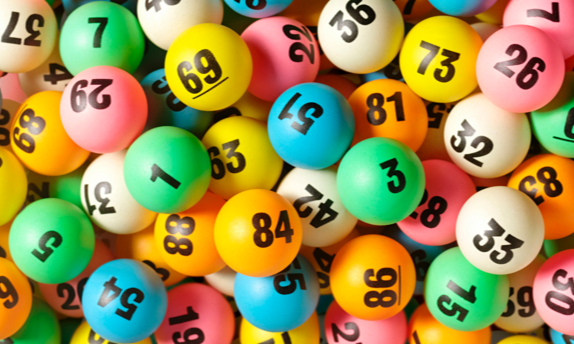 The explanation is very simple. It also shows why math wizards are great candidates to run such a business. While the winning numbers generated look extremely random, just as random as traditional lottery winning numbers, they are actually produced by extremely rudimentary, short mathematical formulas. Think of the decimals of number Pi: they could be used as winning lottery numbers since they appear incredibly random, yet they can be computed very efficiently. Billions of them have been produced so far, so you could run a lottery for millions of years, just based on Pi's decimals. Nobody ever managed to prove that Pi's decimals are random, and it is possibly the biggest mathematical challenge of all times. We even offered a $500,000 award to solve an equally difficult question regarding another famous mathematical number.

So in reality, this lottery business is a disguised math competition, asking you a (say) $20 administrative fee to participate. A math wizard is far more likely to win than other people. You would have to change the word lottery to (say) lotteri in your business name, to avoid litigation, just like some banks called themselves banc rather than bank. Still, you are better off calling it a lotteri rather than a competition, to attract a large number of participants. And disclose the fact that numbers are indeed easily predictable, despite illusion of the contrary. It actually makes this lotteri trustworthy, as the generating formula for the winning numbers (typically a mathematical recurrence relationship) can be shared with authorities -- more on this complex issue below, especially on how to do it right. Even better, while state lotteries are a tax on innumeracy, this lotteri promotes mathematical education and interest, especially if run on a large scale, as  people know that a trivial mathematical algorithm generates the winning numbers. You disclose the formula and change it every year, to further boost credibility.

Various levels of randomness can be offered to participants, using a trivial algorithm in all cases to generate winning numbers, so as to not be accused of running an actual lottery. You can produce numbers that are easier to guess, thus encouraging interest in mathematics in the general population, but offering lower pay-outs. Or at the other extreme, incredibly random-looking numbers, hard to guess, that will attract math and data science geniuses armed with massive data sets consisting of billions of decimals for tons of carefully selected numbers (and some Hadoop / Map-Reduce technology).

This latter model, offering bigger pay-outs to participants, might appeal to investors willing to fund this lotteri business, in exchange for equity in the company, to truly be able to offer bigger pay-outs to participants, like $1 million, in case a math genius guessed the right numbers earlier in the company's lifecycle, when the company hasn't gathered enough profits yet. Without VC or angel investor funding, the pay-out would be a re-distribution of the profit, and might be smaller initially.  It would still be a viable business in my opinion, especially if you have access to a large mailing list to promote it, and the product and pricing is done right, based on probability theory, simulations/testing, and price/reward elasticity models (what any data scientist worth her salt should be able to determine).

Let's dive a bit deeper into this lotteri, to show how it works. Here is an example of implementation, based on the number SQRT(2)/2 represented in binary form - a sequence of 0 and 1 that looks extremely random, unpredictable, even though it is generated by this rudimentary, one-line recurrence formula, starting with p(0) = 0, p(1)= 1, e(1) = 2:

The surprising result is that the d(n)'s represent the bits of SQRT(2)/2 when represented in base 2. Click here to check out the proof and for more general formulas about more complex numbers.

The lotteri would work as follows:

The very nice features about the above formula are

Comment by Max Galka on March 1, 2016 at 11:24pm
Good concept - something like a cryptographic hash function. Compared to scratchoff lotto games, that might actually be tougher to solve. Scratchoffs get cracked all the time (for a good story see the story of the MIT lotto team).