And it’s a much scarier and more sobering project than it might first appear. 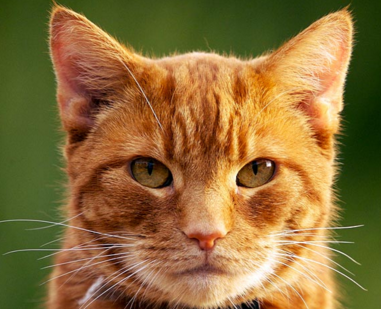 What is meta data?

Meta data is data that describes other data — in other words, it describes the contents or context of a piece of data.  In this case, the meta data is embedded in digital photos and can include who owns the image, copyright and contact information, what kind of camera created the file, along with exposure information and descriptive information such as keywords about the photo.

The iknowwhereyourcatlives.com project exploits the fact that almost every smartphone and many stand-alone cameras also record the longitude and latitude where the photo was taken.

This information is often used by photo organization software.  The iOS Photos program organizes photos by where they were taken by default.

Owen Mundy, an artist, programmer, and professor at Florida State University created the project and says, “This project explores two uses of the internet: the sociable and humorous appreciation of domesticated felines, and the status quo of personal data usage by startups and international megacorps who are riding the wave of decreased privacy for all.”

What cats have to do with your privacy — and your kids.

As Mundy points out, most Internet users are painfully unaware of the data we freely share with the world.

Smartphones and digital cameras automatically record location information, but we make the data public by sharing the photos — with their metadata intact — on sites like Flickr, Twitpic, Instagram and others.

And that data is freely available to any programmer with a little patience and inginuity.

The problem is that this kind of meta data isn’t limited to pictures of cats — and if we can create a website that can pinpoint where your cat lives within 7.8 meters accuracy, we can do the same for children.

Any photo of any subject — your home, your valuables, even your children — can be plotted on a map by anyone who chooses to look at the associated meta data.

People are woefully uneducated about the information they’re automatically sharing with the Internet.  Facebook and Twitter automatically strip out location data when you upload a photo, while Instagram and Flickr give you the option (but if you add a photo to your photo map, obviously the data stays intact). Google+, Dropbox, and Tumblr, however keep that location data free for anyone to find.

You can manually remove the location data from your photos before sharing, but few people go to the trouble.

I think, however, they might when “iknowwhereyourkidlives.com” comes online.