While it is easy to find salary surveys for data scientists and related professions both at the junior and senior level, broken down per location and skills set, very few analyses show salary progress over the course of a 25 years career.

This is my home in Issaquah, purchased in 2005.

I decided to fill this gap by providing full details about my salary history and job titles / responsibilities, from the time I started my PhD in 1988 (computational statistics) until today. My career path might not be typical, nevertheless I believe this information will be valuable to many. I was born and educated in Belgium. By the time I was 30 years old, my net worth was negative. Twenty years later, I live in US, and things have dramatically changed... 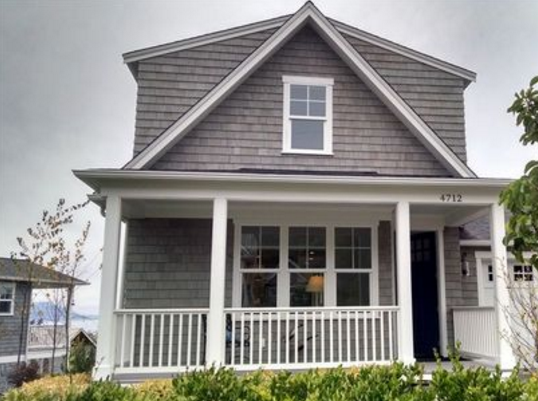 This is my beach house in Anacortes, purchased in December 2015.

I actually created Datashaping, then Analyticbridge (which was acquired and became Data Science Central) back in 2000. Revenue was about $6,000 per year in 2001, about $12,000 in 2005, and $60,000 in 2010. I always invested in my company and have no retirement money (instead a 50% share in Data Science Central, worth a few million dollars). I expect to earn some money from the sales of my data science book, and maybe later from our certification and apprenticeship. I was born in a modest family in Belgium. By the time I arrived to United States (I was 32 years old), I had no money. I also saved at least $30,000 by not having health insurance whenever I could (when I was an independent consultant); my health expenditures have been less than $100/year on average, even today at 50 years old.

Comment by Matthew Taylor on November 24, 2017 at 2:41pm
Very honest and informative Vincent, thank you for sharing. It was fascinating to follow your career and I hope the next stage is just as successful!

Thank you for sharing!

Comment by Alex Pippitt on October 25, 2017 at 5:49am
Thank you for sharing! Education is wonderful and always taking opportunities for experience enriches and reinforces what we learn.
Warmest wishes!

Inspiring! I'm currently doing my PhD and I understand the hardship of earning just enough. By reading your career path It gives me a support that i'm on the right path although it is rough now.

How did you make the decision as your are a statistician?

Thank you for this information it is very valuable

Dr. you have a strong, rather very strong foundation upon which you built everything, and to top it, you have Ph.D and post-doc and tons of experience to boast and boost. I guess, this would be lacking in most and most and most of the candidates who are trying to jump on the data science (big data, machine learning etc.,) train. A person with no so good grasp on maths, discrete maths, algebra, stats, strong-stats, computer science(theory) background, programming and <etc.,> , I think, would not be able to even come close to your salary.. my question to you, sir, is -- what would you advice (i would sure buy your data science certification exam/offer, once I am convinced) a computer programmer/sw developer grown in C/C++/Java development background and not so good in maths/stats and wanting to learn data science (just to stay relevant in the job market in the next 10-20 years). Thanks.

So, how do you combat age discrimination?

Thanks for sharing Vincent. Very impressive and successful career!

Wish you the best!