The Mathematics of Data Science: Understanding the foundations of Deep Learning through Linear Regression

Note: This is a long post, but I kept it as a single post to maintain continuity of the thought flow

In this longish post, I have tried to explain Deep Learning starting from familiar ideas like machine learning. This approach forms a part of my forthcoming book. You can connect with me on Linkedin to know more about the book. I have used this approach in my teaching. It is based on ‘learning by exception,' i.e. understanding one concept and it’s limitations and then understanding how the subsequent concept overcomes that limitation.

We thus develop a chain of thought that starts with linear regression and extends to multilayer perceptron (Deep Learning). Also, for simplification, I have excluded other forms of Deep Learning such as CNN and LSTM, i.e. we confine ourselves to the multilayer Perceptron when it comes to Deep Learning. Why start with Linear Regression? Because it is an idea familiar to many even at high school levels.

Let us first start with the idea of ‘learning’. In Machine Learning, the process of learning involves finding a mathematical function that maps the inputs to the outputs. In the simplest case, that function is linear

What is a Linear Relationship?

In linear relationships, any given change in an independent variable produces a corresponding change in the dependent variable. Linear regression is used in predicting many problems like sales forecasting, analysing customer behaviour etc.

It can be represented as below: 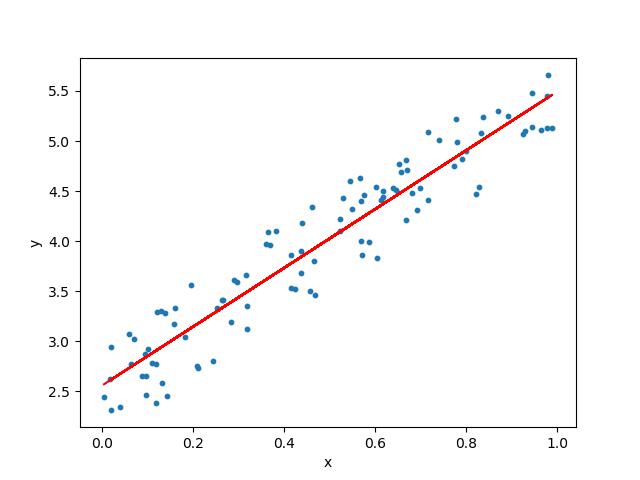 Training of the model involves finding the parameters so that the model best fits the data. The line for which the error between the predicted values and the observed values is minimum is called the best fit line or the regression line. These errors are also called as residuals. The residuals can be visualised by the vertical lines from the observed data value to the regression line. 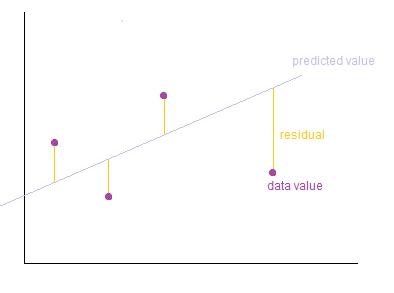 The description of the features in the Boston Housing Dataset is as below:

AGE: Proportion of owner-occupied units built prior to 1940

LSTAT: Percentage of lower status of the population

The prices of the house indicated by the variable MEDV is the target variable, and the remaining are the feature variables based on which we predict the value of a house.

Training a Multilayer Perceptron to predict the final selling price....

We can illustrate these using examples:

Generalised linear models cater to these situations by

Thus, in a generalised linear model (GLM), each outcome Y of the dependent variables is assumed to be generated from the exponential family of distributions (which includes distributions such as the normal, binomial, Poisson and gamma distributions, among others). GLM uses the maximum likelihood estimation of the model parameters.  (Note the section adapted from Wikipedia)

Having looked at the Multiple Regression and the GLM, let us now look at another model that we can infer from Ordinary Linear Regression, i.e. Polynomial Regression. Many relationships do not fit the Linear format at all. In polynomial regression, the relationship between the independent variable x and the dependent variable y is modelled as an nth degree polynomial in x. Polynomial regression has been used to describe nonlinear phenomena such as the growth rate of tissues, the distribution of carbon isotopes in lake sediments, and the progression of disease epidemics. 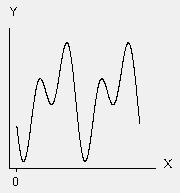 Just like the Space Odyssey 2001 bone scene – let us now Let us now switch tools to a new model.

However, we show how these new tools and old tools are related.  We now consider a new model called Perceptron learning, and we show how it relates to Linear Regression.

The perceptron is an algorithm for supervised learning of binary classifiers.  an input, represented by a vector of numbers, belongs to some specific class. Binary classifiers are a type of linear classifier for two classes.

Perceptrons started off being implemented in hardware. The Mark I Perceptron machine was the first implementation of the perceptron algorithm.  The perceptron algorithm was invented in 1957 at the Cornell Aeronautical Laboratory by Frank Rosenblatt.  The perceptron was intended to be a machine, rather than a program. This machine was designed for image recognition: it had an array of 400 photocells, randomly connected to the "neurons". Weights were encoded in potentiometers, and weight updates during learning were performed by electric motors. There was misplaced optimism about perceptrons. In a 1958 press conference organized by the US Navy, Rosenblatt made statements about the perceptron that caused a heated controversy among the fledgeling AI community; based on Rosenblatt's statements, The New York Times reported the perceptron to be "the embryo of an electronic computer that [the Navy] expects will be able to walk, talk, see, write, reproduce itself and be conscious of its existence."

Although the perceptron initially seemed promising, it was quickly proved that perceptrons could not be trained to recognise many classes of patterns. This misplaced optimism caused the field of neural network research to stagnate for many years before it was recognised that a feedforward neural network with two or more layers (also called a multilayer perceptron) had far greater processing power than perceptrons with one layer (i.e. single layer perceptron). Single layer perceptrons are only capable of learning linearly separable patterns. In 1969, a famous book entitled Perceptrons by Marvin Minsky and Seymour Papert showed that it was impossible for these classes of network to learn an XOR function. 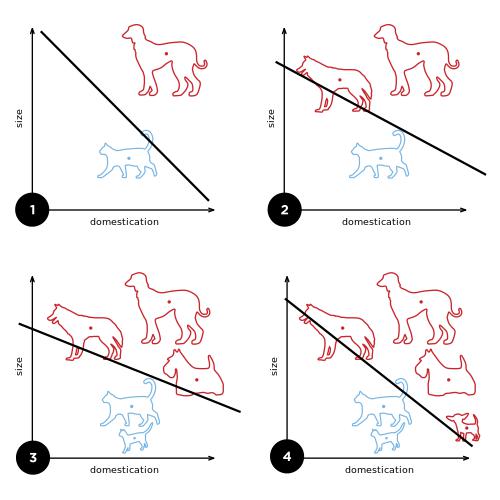 A preceptron is represented as above. Here, f is a step function. As we have seen before, a perceptron takes several binary inputs, x1,x2,…x1,x2,…, and produces a single binary output:

In the example shown the perceptron has three inputs, x1 ,x2, x3  and weights, w1,w2,…w1,w2,…, are real numbers expressing the importance of the respective inputs to the output. The neuron's output, 0 or 1, is determined by whether the weighted sum ∑jwjxj is less than or greater than some threshold value.  A way you can think about the perceptron is that it's a device that makes decisions by weighing up evidence. This idea is similar to the Multiple linear equation we have seen before We now come to the idea of the Multi-layer perceptron(MLP).  Multilayer perceptrons overcome the limitations of the Single layer perceptron by using non-linear activation functions and also using multiple layers. The MLP needs a combination of backpropagation and gradient descent for training. 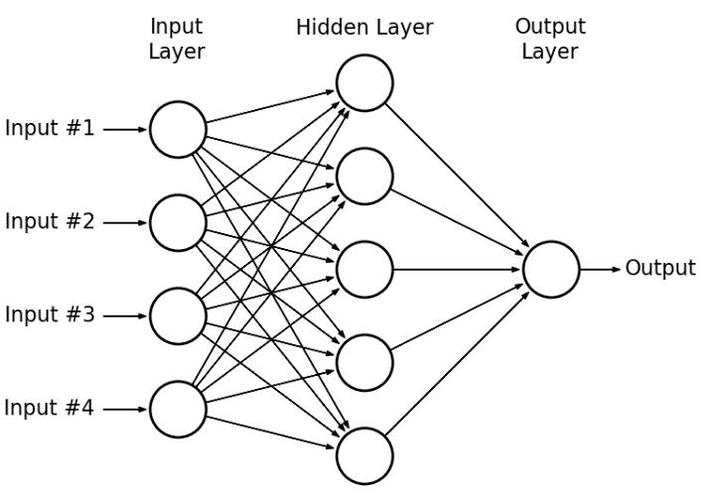 In contrast to a single perceptron, MLPs when seen as a complex network of perceptrons (with non-linear activation functions), could make subtle and complex decisions based on weighing up evidence hierarchically 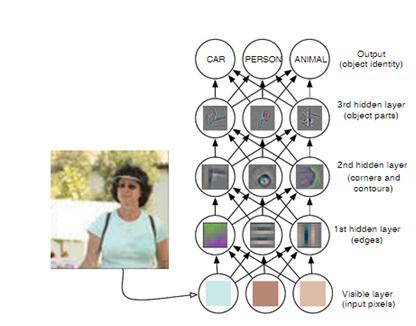 This leads us to the image above from the Deep Learning book by Goodfellow , Bengio , Courville  which shows how a hierarchy of layers of neurons can make a decision.

Thus, a neural network (i.e. a multilayer perceptron) with a single layer no activation function (or a step activation function) is equivalent to linear regression.  Also, Linear Regression can be solved using a closed form solution. However, with the more complex architecture of the MLP, a closed form solution does not work. Hence, an iterative solution has to be used, i.e. an algorithm that improves the result through a step-wise improvement. Such an algorithm does not necessarily converge – so we are interested in finding a minima. Gradient descent is an example of such an algorithm. References:  Closed form vs Gradient Descent

One final aspect of the model we can infer is – MLP (Deep Learning) is an example of a highly parameterised model. Considering our example of finding the price of a house based on a set of features, for the equation y = mx + c, the quantities m and c are called the parameters. We derive the value of the parameters from the data and the strategy for solving the equation.  The parameters of an equation can be seen as the degrees of freedom.  Linear regression has a relatively smaller number of parameters. However, the more complex MLP has a much wider range of parameters (degrees of freedom). Both are parameterised models, but MLPs follow a more complex optimisation strategy (back propagation and gradient descent) than Linear Regression (least square)

In this sense, neural networks can be seen as a complex evolution of linear regression. The highly parameterised nature of multilayer perceptrons allow for the modelling of complex functions. I discuss the training of Deep Learning networks in a previous post – a simplified explanation of the mathematics of deep learning

In this longish post, I have tried to explain Deep Learning starting from familiar ideas like machine learning. This approach forms a part of my forthcoming book. You can connect with me on Linkedin to know more about the book

Regression is good first step, then the factor analysis should come in play