The Best Opportunities in AI for Data Scientists

Summary:  Looking for your next job in an early stage company but want to make sure your startup has staying power.  Follow the expert rankings by CB Insights that also show us the changing trends in how AI startups should be focusing their offerings. 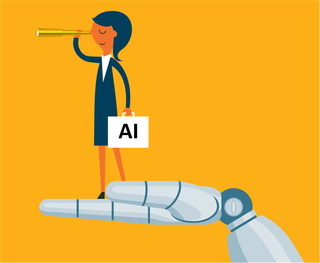 Let’s suppose you’re early in your data science career and your credentials are strong in the latest deep learning and ML techniques.  Let’s also suppose that working for Google, Apple, Facebook, Microsoft, and the other majors doesn’t appeal.  Can’t blame you.  You want an opportunity to make a significant contribution in a smaller organization, but how do spot the best opportunities?

One way is to follow the trends identified by CB Insights, a research organization that follows the flow of venture capital and annually identifies the best of the AI bunch in their AI 100.

CB Insights is a pay service widely used by VCs to vet their investments against their truly remarkable in-depth data.  Fortunately, enough is free and publically reported that we can make use of it here to see if we can spot some trends.

Each year’s AI 100 is announced in the prior December at the annual A-ha! conference in San Francisco.  CB Insights evaluated some 2,000 applicants at the end of 2017 based on a variety of factors that include investor profile, tech innovation, team strength, patent activity, mosaic score (their internal scoring model), funding history, valuation, and business model. Companies can be located anywhere in the world and are all privately held.  Then they picked the top 100.

This is literally like having the A-Team evaluate your employer prospects and tell you which startups are HOT, HOT, HOT.

Now that you’re a data scientist, you know the first questions you have to ask before trusting this listing is to understand more about how it’s derived.  CB Insights doesn’t publish its proprietary scoring algorithms but there are some interesting things you should know.

First, the current year’s list 2018 was actually awarded in December 2017 so it was based on activity during 2017.  That also means the best startups were exploiting techniques and methods that started several years before, though we assume they were keeping up with the latest innovations.

Where this becomes particularly important is in the difference between the 2018 winners and the 2017 winners.  You’ll recall that all our deep learning techniques were still emerging from the discovery phase through 2016.  2017 was the first year we all noticed that there weren’t really any new breakthrough techniques being announced.

This marked the inflection point in AI/ML between the innovation and discovery phase that had its best 10 year run starting roughly with Hadoop going open source in 2007.

It means that the winners on the 2017 list, drawing on experiences from 2016 and earlier were focused more broadly on fundamental techniques.  2017 was the first year when our profession shifted solidly from discovery to exploitation and money shifted to startups bringing AI/ML solutions to specific industries and processes.  The 2018 AI 100 (based on 2017 experiences) reflects this shift in funding and market success toward more industry specific solutions.

Rather than just publish the list, we’ll let you reach out for the 2018 AI 100 list you can find here.  You should also look at the 2017 AI 100 list here.  What we want to focus on are the trends these reflect.  Here’s the list ranked by focus (industry, process, general application, etc.). 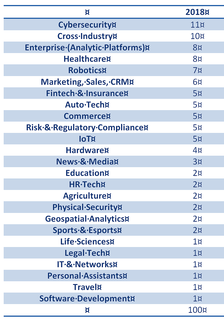 Altogether there are 25 categories for 2018.  Cybersecurity as the leading category makes sense when seen from the perspective of the many massive data breaches that occurred in 2017.

For clarity, the third category, Enterprise, is made up of full advanced analytic platforms equally applicable in any industry.  In 2018 these included CrowdFlower (now Figure Eight), DataRobot, TAMR, PETUUM, Trifacta, algolia, LeapMind, and Element.  Some, but not all of these entrants utilize deep learning.  Most have at least some element of deep learning within their application.

By contrast the second category ‘Cross Industry’ which in 2017 was called ‘Core AI’ are companies specifically exploiting image, text, and speech deep learning in platforms typically targeting vertical processes that may exist in several industries.  These include Cognitive Scale, Captricity, Face++, Tractable, Sensetime, Insight Engines, Narrative Science, Mobvoi, Primer, and Kyndi.  Five of these focus on image processing and five on text, speech, and NLP.

Beyond these top three categories, clearly healthcare and the few categories below that are strong contenders for your job search.  But don’t miss this major point.  The next 22 categories are mostly industry specific and total 77% of the winners.  This strongly reflects how the most successful startups are using vertical strategies, attempting to build defensible moats by focusing on specific industries with full stack solutions that incorporate AI/ML.

As you pick your next job opportunity, remember that not only are you gaining expertise in AI/ML but you are also going to gain in-depth knowledge of specific industries.  This industry specialization will become almost equally as important as your data science skills after a few years, so pick an industry you like, and presumably close to where you want to live.

What about the 2017 Winners

Since VC interest, additional funding, and momentum are part of the scoring, you might look particularly at the 24 startups that repeated in both 2017 and 2018.  That’s a powerful endorsement of their staying power. Many of these names should be familiar to you as emerging major players in data science, specifically CrowdFlower (now Figure Eight), DataRobot in the AML space, and Trifacta in the data prep space.

You Don’t Have to Live in Silicon Valley 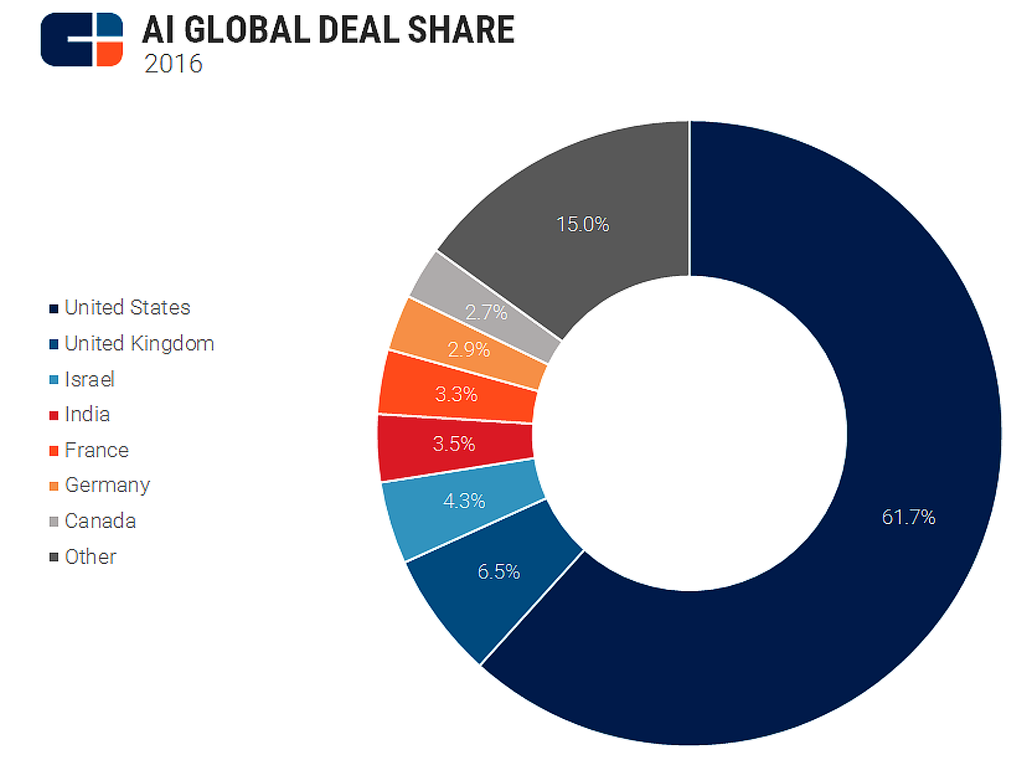 Given the attention being paid, it’s interesting that China doesn’t appear on the list, most likely because they don’t tap the US venture capital market.  However, with SoftBank announcing its $100 Billion venture fund, expect to see more focus on the benefits and risks of tech transfer via venture funding from China.