Ten strategies to implement AI on the Cloud and Edge

The deployment of Machine Learning and Deep Learning algorithms on Edge devices is a complex undertaking. In this post, I list the strategies for deploying AI to Edge devices end-to-end i.e. for the full pipeline covering machine learning (building modules) and deployment (devops)

I welcome your comments on additional ideas that could be included. In subsequent posts, I will elaborate these ideas in detail and ultimately, this will a free book on Data Science Central. I will take a use-case based approach i.e. each section would start with a use case.

In this post, we outline ways in which the cloud and the edge can work together to deploy AI on edge devices. The post is based on my teaching at the University of Oxford - Cloud and Edge implementations course

Before we proceed, let us clarify some terminology that we will use in this post:

Flow of Data for AI on Edge devices

Deployment strategies to implement AI on the Cloud and the Edge

Below are the possible deployment strategies for AI on Edge devices

Please let me know if I have missed any

As I mentioned above, I will elaborate each of these strategies in subsequent posts. In each case, we will focus on the implementation of AI / ML for that strategy. Rather, I will discuss how ML / AI can be implemented with it

Finally, some may think – this is all an overkill. Indeed, many applications do not need such a comprehensive approach. However, as larger/enterprise IoT applications get deployed, especially using the cloud, we will see these ideas being deployed.

Their ‘Most important IoT technology evolution’ for 2019 is Containers/Kubernetes

I very much agree with the below. I have used the same in my teaching. While containers are not on the radar of many IoT developers, in my view, they should be for scalable applications.

IT architectures are fundamentally changing. Modern (cloud-based) applications build on containers, thereby bringing a whole new set of flexibility and performance to deployments. This is also becoming true for any centralized or edge IoT deployment.

It is fair to say that by now, Google’s open-source platform Kubernetes has largely won the race of container orchestration platforms, and Docker is the most popular container runtime environment (desipite the companies financial issues)

2019 saw several heavyweights in the IT and OT industry refine their container strategy:

VMware. In August 2019, at VMworld 2019, leading virtualization software provider VMWare laid out a holistic Kubernetes strategy. The company believes that “Kubernetes will prove to be the cloud normalisation layer of the future”. It launched VMware Tanzu, a cloud platform that manages Kubernetes container distribution and allows to build and deploy applications.
Cisco. The networking giant which had launched its “Cisco Container Platform” in early 2018 and announced joint projects with Google Cloud and AWS, in July 2019 completed its big 3 cloud partnership portfolio by announcing that Microsoft’s Azure Kubernetes Services are now natively integrated into the Cisco platform
Siemens. Industrial giant Siemens in October 2019 bought Pixeom, a software-defined edge platform, with the goal to embrace container technology for edge applications in factories. The Pixeom technology is built on the Docker runtime environment.

Further notable news saw HPE launch its own Kubernetes container platform in November 2019, and high-flying startup Mesosphere changed its name to D2iQ in August 2019 and shifting its strategy partially away from its own “Mesos” standard to focus further on Kubernetes deployments.

To keep it uncluttered, the image does not include all the strategies listed above 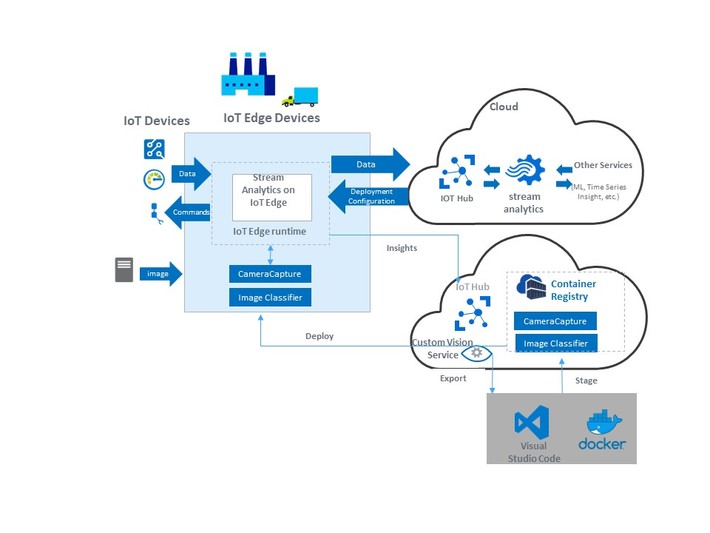