R-Squared in One Picture

R-squared measures how well your data fits a regression line. More specifically, it's how much variation in the response variable your linear model explains. it is expressed as a percentage  (0 to 100%). The percentage is problem specific, so you can't compare R-squared across different situations; You can use it to compare different models for one specific set of data. 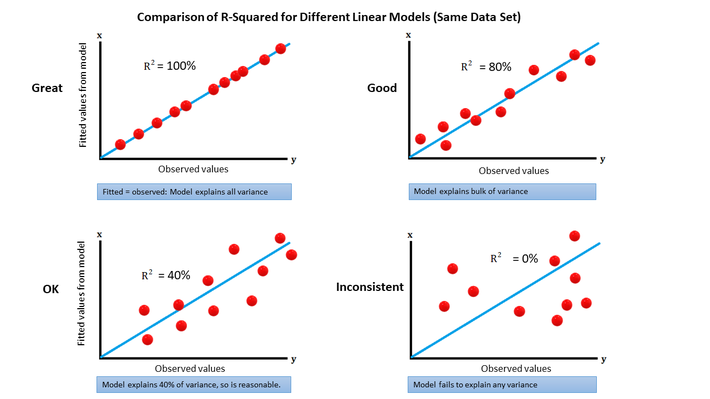 For more statistical concepts explained in one picture, follow this link.