Artificial neural networks have two main hyperparameters that control the architecture or topology of the network: the number of layers and the number of nodes in each hidden layer. You must specify values for these parameters when configuring your network. The most reliable way to configure these hyperparameters for your specific predictive modeling problem is via systematic experimentation with a robust test harness. This can be a tough pill to swallow for beginners to the field of machine learning, looking for an analytical way to calculate the optimal number of layers and nodes, or easy rules of thumb to follow. 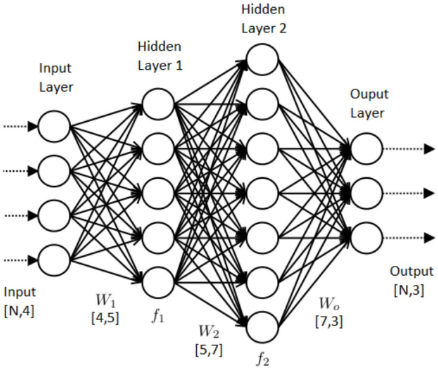 This post is divided into four sections; they are:

A node, also called a neuron or Perceptron, is a computational unit that has one or more weighted input connections, a transfer function that combines the inputs in some way, and an output connection. Nodes are then organized into layers to comprise a network.

Finally, there are terms used to describe the shape and capability of a neural network; for example: