Many deep learning algorithms (clustering, pattern recognition, automated bidding, recommendation engine, and so on)  -- even though they appear in new contexts such as IoT or machine to machine communication -- still rely on relatively old-fashioned techniques such as logistic regression, SVM, decision trees, K-NN, naive Bayes, Bayesian modeling, ensembles, random forests, signal processing, filtering, graph theory, gaming theory, and many others. Click here and here for details about the top 10 algorithms. Some are new, such as indexation algorithms to automate digital publishing, improve search engines, or create and manage large catalogs such as Amazon's product listing. 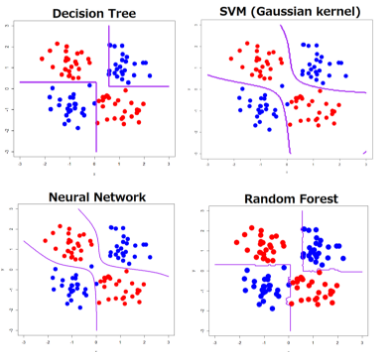 As a result, many deep learning practitioners call themselves data scientist, computer scientist, statistician, or sometimes engineer.  In my opinion, deep learning also tries to automate some data science processes. Below are some resources to help you get started with deep learning: articles on this topic started to appear in large numbers around 2015, though many date back to before 1990. More than the technique itself, what make them interesting is the new type of applications, in which big data, fast implementation, and automation is usually involved. The articles below were all published in the last 24 months.

Some are quite new. One example is the deep non-negative matrix factorization (NMF):