There is a set of techniques covering all aspects of machine learning (the statistical engine behind data science) that does not use any mathematics or statistical theory beyond high school level. So when you hear that some serious mathematical knowledge is required to become a data scientist, this should be taken with a grain of salt. 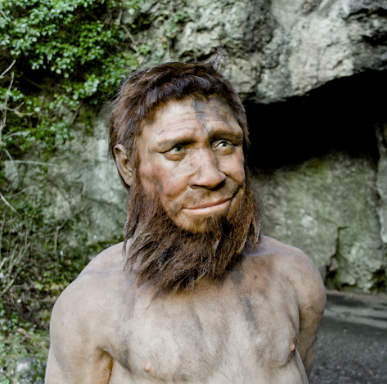 The reason maths is thought to be a requirement is because of the following reasons:

Because of this, you need to really be math savvy to get a "standard" job, so sticking to standard math-heavy training and standard tools work for people interested in becoming a data scientist. To make things more complicated, most of the courses advertised as "math-free" or "learn data science in three days" are selling you snake oil (it won't help you get a job, and many times the training material is laughable.) You can learn data science very quickly, even on your own if you are a self-learner with a strong background working with data and programming (maybe you have a physics background) but that is another story.

Yet there is a set of techniques, designed by a data scientist with a strong mathematical background and long list of publications in top statistical journals that does not use mathematics nor statistical modeling. These techniques work just as well and some of them have been proved to be equivalent to their math-heavy cousins, with the additional bonus of generally being more robust. They are easy to understand and lead to easy interpretations, yet it is not snake oil: it is actually based on years of experience processing large volumes of diverse data, mostly in automated mode.

If you create your own startup, develop your own data science consultancy, or work for an organization that does not care about the tools that you use -- as long as they are cheap, easy to implement, and reliable -- you might consider using these simple, scalable, math-free methods. For instance, if you develop algorithms for stock trading, you wouldn't want to use the same tools as your competitors. These math-free techniques can give you a competitive advantage.

Below, I describe several math-free techniques covering a good chunk of data science, and how they differ from their traditional math-heavy cousins. I use them pretty much every day, though most of the time, in some automated ways.

I am now working on developing stats-free methods for time series, though I developed stats-heavy ones in the past in the context of extreme event analytics.

Vincent, I enjoy the discussion.  I don't remember much measure theory nor many of the rote mechanics of calculus.  But taking the classes helped me learn to think and I still understand the principles of calculus and use those concepts even today.   I look forward to diving deeper in some of your links.  I think there are a lot of programs chasing students and agree with your snake oil analogy.  It is a shame to get students in these programs only to be disappointed by lack of a job or an employer disappointed by what they hired.  Look forward to more of these interesting discussion.  Thanks.

Really like your approach and look forward to reading through all these. I often tell my clients very similar things, namely that you don't need fancy statistics to do lots of interesting and useful analysis. I tell them that I focus on being a scientist, trying out ideas and making sure I understanding results, not blindly applying complex algorithms.

I learned this the hard way a long time ago when my undergraduate thesis advisor made a fool of me (not intentionally). I had spent 3 weeks trying to use FFTs to squeeze a signal out of a small amount of data on the college mainframe and he finally wondered what I was doing. He asked me for the data, took out a piece of graph paper, plotted every 3 points, looked at it and said, "Hmmm. . . , Looks like you screwed up the experiment, there is no signal here, I suggest you redo the experiment and stop analyzing the data."

My own view is that if you can't visualize the result, you won't convince anybody of anything too easily. My son told me this is the well known statistical test he learned in medical school, the TFO test: Totally F..ing Obvious.