This article discusses a far more general version of the technique described in our article The best kept secret about regression. Here we adapt our methodology so that it applies to data sets with a more complex structure, in particular with highly correlated independent variables. 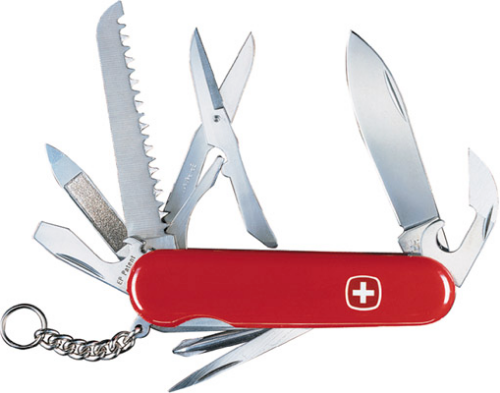 Our goal is to produce a regression tool that can be used as a black box, be very robust and parameter-free, and usable and easy-to-interpret by non-statisticians. It is part of a bigger project: automating many fundamental data science tasks, to make it easy, scalable and cheap for data consumers, not just for data experts. Our previous attempts at automation include

Readers are invited to further formalize the technology outlined here, and challenge my proposed methodology. A recent application to salary estimation was posted here. Other examples are discussed below.

As in our previous paper, without loss of generality, we focus on linear regression with centered variables (with zero mean), and no intercept. Generalization to logistic or non-centered variables is straightforward.

Thus we are still dealing with the following regression framework:

Remember that the solution proposed in our previous paper was

For convenience, we define W (the estimated or predicted value) as

and the problem consists of finding M that minimizes Var(Y - M*W). It turns out that the solution is

Terminology: Z is the noise, Y is the (observed) response, the a_i's are the regression coefficients, and and S = a_1 * X_1 + ... + a_n * X_n is the estimated or predicted response. The X_i's are the independent variables or features.

I have added more cross-correlations to the previous simulated dataset consisting of 4 independent variables, still denoted as x, y, z, u in the new, updated attached spreadsheet. Now corr(x, y) = 0.99.

The model proposed in our previous article still works relatively well, despite the enormous correlation between x and y. In short, the correlation between the observed and estimated response is 0.66, down from 0.69. If you use the classical regression, the correlation is 0.72. The loss in accuracy (from 0.72 to 0.66) is small, but the gain in robustness is big. If you bin my b_i's to 0/1/-1, you gain even more robustness, and the correlation still stays around 0.70. The variance reduction in all cases is about a factor 2.

Note that if we compute the a_i's using my methodology and only the first 100 observations (instead of all the 10,000 observations), we lose a bit more accuracy:  the correlation between observed and estimated response drops from 0.72 to 0.62. In the next section, we describe how to get a great estimate that is still very accurate (minimum loss compared to classical regression) yet far more robust, even if we compute the a_i's using only the first 100 observations (1% of the data set).

3. Clustering the variables: solution based on two M's

As described in section 5 in our previous article, we can improve the estimates by considering a model with two M's, namely M and M', where M applies to a subset of variables, and M' to the remaining variables. Now the estimated response is

where I and J constitute a partition of {1, ... , n}. In short we are clustering the variables into two clusters. Again, the goal is to minimize var(Z) = var(Y - S), with respect to M, M', I and J. There are 2^n possible partitions (I, J), so we can loop over all these partitions, and for each partition, find the M' M' that minimizes var(Y-S). Then identify the partition with absolute minimum var(Y-S).

The optimum partition will put highly correlated variables into a same cluster. In my example, since x and y are highly correlated by construction, one would hope that the optimum partition will be {x, y} forming one cluster of variables, and {z, u} forming the second cluster. So I manually picked up this particular partition ({x, y}, {z, u}) as good enough for our test. I then tried a few values of M, M' for this particular partition, and settled with M = 0.1 and M'= 1.0. Clearly, there is no overfitting here.

Interestingly, and despite the fact that I computed the a_i's using only 100 observations (1% of the observations), I ended up with a correlation of 0.70 between observed and estimated response (up from 0.62 if using only one M; the absolute maximum attained with classical regression being 0.72). Also, the variance reduction is as great as with classical regression. In the updated spreadsheet, my hand-picked parameters M and M' are located in cells P19 and R19 respectively, in the data & results tab.

Of course if you have many variables (n is large) then you might need more than two M and M'. But I'd try to always use no more than 4 M's for robustness. Note that 4 M's require visiting 4^n partitions to identify the optimum one. This is too large a number, so in practice, I recommend to visit only 1,000 partitions out of 4^n, and choose the best one among these 1,000. To make the algorithm run much faster, you can do your computations using just 1% of the data set (but no less than 100 observations). Now you have a robust algorithm with a computational complexity that does not depend on the number of observations (if your computations are based on a sample of 100 observations), nor on the number of variables. Pretty amazing! Thus you don't need a Map-Reduce framework to solve the problem.

Note that in the case where we use two M's, namely M and M', given a partition (I,J), it is straightforward to compute the optimum M, M' depending on (I,J). Let's use the following notation:

Just like we've clustered variables that were similar, we can apply the same concept to cluster observations into two (or more) groups, using a different M for each group. Or to cluster both variables and observations simultaneously. That's why I called my technique jackknife regression, because it's a simple, easy-to-use tool that can do a lots of things, including clustering variables and clustering observations - the latter one being sometimes referred to as profiling or segmentation.

However, in practice, if observations are too disparate for regression to make sense, I suggest using other techniques to cluster the observations. Adding one or two carefully crafted new variables can help solve the problem. Another approach is to apply hidden decision tree technology to bin the observations in hundreds or thousands of data buckets (each with at least 100 observations if possible), and apply a specific regression (that is, specifics M, M') to each bucket. This works well with big data. You could even choose M and M' so that they are similar to those computed on parent nodes, to preserve some kind of general pattern (and robustness) in the whole structure that you created: an hybrid HDT / jackknife regression classifier and predictor.

This article describes basic concepts of jackknife regression, a new tool for robust regression, prediction and clustering, designed to be implemented and used as a black box. The next steps consist of

Finally, we offer a $1,000 award to the successful candidate who

This project must be completed by August 31, 2014. You will be authorized to publish a paper featuring your research results, and  your results will also be published on Data Science Central, and seen by dozens of thousands of practitioners. Your article must meet professional quality standards similar to those required by leading peer-reviewed statistical journals. Payment will be sent after completion of the project. Depending on the success of this initiative, and the quality of participants, we might offer more than one $1,000 award. Click here to find out about our previous similar initiative.

Ideally, we'd like you to also investigate the L-1 approach discussed in section 5, and compare it with L-2, especially in the presence of (simulated) outliers in the data. Though this could be the subject of a subsequent paper.

Email us at [email protected] for details.

John, you can find more info at Jackknife and linear regression in Excel.

Can you supply more detail and proofs?

Please read the update about about the competition described in section 5. A winner has been announced.

Hello Seiji, the answer to your two questions is yes.

Hello I am working on your theorem, it would be very helpful if you can clarify some things, :

1. For M', does the apostrophe account for the number of clusters/groups of data? (ie. M''' would be 4 clusters?)

2. When you mention the n-by-n systems, are you referring to systems of linear equations? (ie. 4x4 would be 4 equations, with 4 variables which can possibly represented on a 4 by 4 matrix).

This use of the term "jackknife" is an issue that pops up often. The use of terms may be considered non standard by some but the intent is often clear, as in this case.

I understand the analogy with the multi-purpose knife. I found it confusing because the term "jackknife" already has a different meaning in the context of statistics.

A Jack knife is an all-purpose knife, like a Swiss army knife. My regression is an all-purpse regression (that can be used to do clustering), thus the analogy with Jackknife and the reference to this term.

I find the name "Jackknife regression" confusing. Traditionally, jackknife is a statistical sampling method for variance and bias estimation and the name comes from Tukey, 1958.

"Your article must meet professional quality standards similar to those required by leading peer-reviewed statistical journals."

I'd be a little shy on "peers".  So I'm wondering if there was anyone interested in collaborating on this.  If so please contact me.