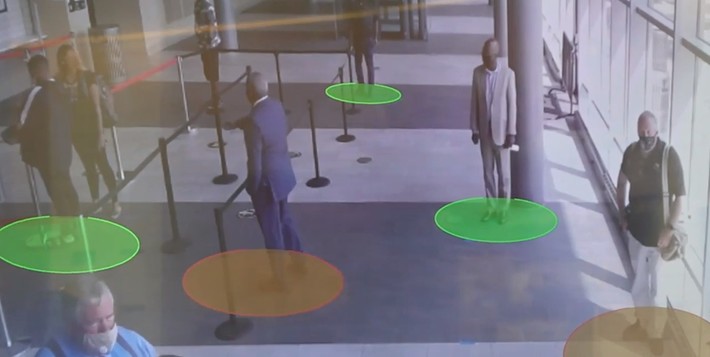 Because COVID-19 is transmitted as an airborne disease, being able to detect when people have symptoms from a distance is important. One approach, taken by a group of PhD students from the University of Southern Australia (UniSA) and led by their professor, Javaan Chahl, makes use of specialized drones to check symptoms from more than 10 meters away, measuring heart rate, breathing, temperature, and even when a person coughs or sneezes. Working together with Draganfly, the world’s oldest drone manufacturer, the team has been working with the drones since March 2020, just a few months after COVID-19 appeared on the scene.

Cameron Chell, the chairman and CEO of Draganfly since 2008, reached out to the university for their expertise in building artificial intelligence tools as part of the Vital Intelligence Project. The University developed the program initially to distinguish the living from the dead in the aftermath of natural disasters by detecting small movements in the chest area, a project Dr. Chahl was also involved with. Chell’s company, Draganfly, is a leader in the drone industry, releasing the first commercialized quadcopter, unmanned aerial vehicle in 1999, and has been exploring more ways of using drones for emergency recovery and health monitoring work.

According to Chell, “given the current pandemic facing the world with Covid-19, the brief that we gave to Javaan and his team of PhD students was really interesting because it basically was a fantasy. Health and respiratory monitoring will be vital not only for detection but also to understand health trends.” 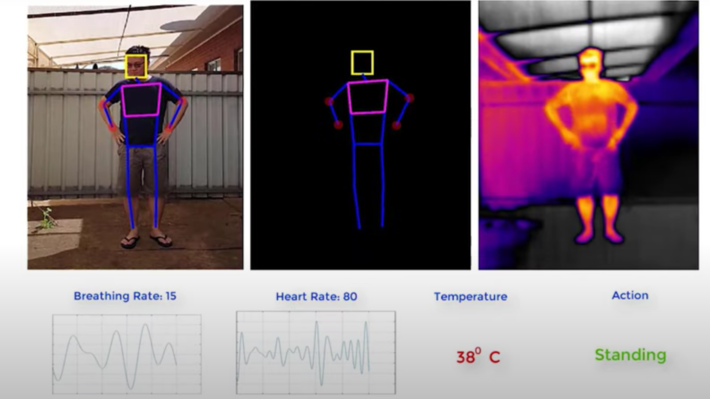 Building the Drones While Battling COVID

Covid made it much harder for the team to collaborate and access resources. Chahl’s research team and Draganfly had to work around the clock at home via zoom meetings and phone calls. It was a struggle to find time to meet for Draganfly and UniSA due to the incongruous time zones. Supply chain issues made it difficult to get headphones, webcams and thermal cameras. Devices became rationed at UniSa with sign in and sign out sheets to borrow equipment. Even with all the obstacles the university team quickly got to work.

Timothy McIntyre, research assistant UniSA STEM, noted “it was kind of a scramble to get everyone functioning separately … and from a distance.”

The final product could not only detect symptoms but also whether people in public spaces were maintaining social distance and wearing masks. Covid is incredibly hard to combat because of all the unknowns and this drone “could be a reliable tool to detect the presence of the disease in a place or in a group of people” according to Chahl.

With the ability to detect the amount of people with symptoms and people following social distancing in certain areas researchers using the drones could determine where hotspots were, making it possible for government to intervene when too many people aren’t following mandates. The drones and cameras could be used to collect data about covid which we are sorely missing. 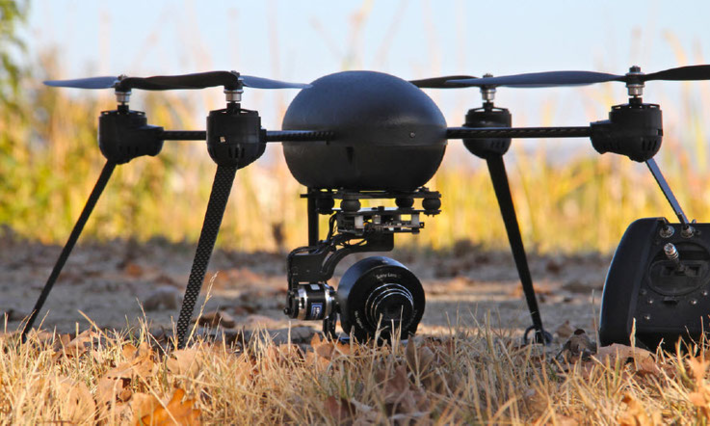 Remaining in a Grounded Pattern

While the UniSA/Draganfly proof of concept has shown that it is technically feasible, the project has not yet been implemented for drone use yet.

So why hasn’t this drone taken off? Largely, it’s a matter of privacy. Privacy becomes a huge concern with drone surveillance. The ethicality of a system that monitors people and their physical conditions has been called into question by medical ethicists and privacy activists alike:

“It’s a reasonable question about privacy and it bothers me as well because I’m not really a huge fan of big governments leering at us the whole time …and on the other hand you’ve got a pandemic that was caused largely through lack of data and lack of surveillance. So, then the question is can you separate your surveillance of the pandemic from your surveillance of people. We can nip this in the bud by simply using the same artificial intelligence engine that is detecting people to blur their faces out”, indicated Dr. Chahl.

However, as of March 2021, the AI component has been implemented into surveillance cameras that can detect covid symptoms and social distancing in less than 15 seconds, and while the drones remain grounded for now, their use hasn’t been ruled out in the near future.

Many of the students involved with the project agreed about it’s importance., and that their work has the potential to change the course of the pandemic. As Sam Teague, one of the PhD students put it, “people’s lives and people’s freedoms are at stake here. It’s a serious thing and you want to do it right and you want to do it well.”

By Capri Granville and Kurt Cagle