The complete code is available as a here. If you like this post, do login and upvote!

You can also use the link to go to the dataset and perform your own explorations. Please do feel free to use my code as a starter script.

Some questions that the analysis tries to answer are given below:
a. What is the respondent demographic profile for users from the 2 countries – men vs women, age bucket?
b. What is their educational background and major?
c. What are the job roles and coding experience?
d. What is the most popular language of use?
e. What is the programming language people recommend for an aspiring data scientist?
f. What is the CEO profile?

1. I’ve aggregated the age buckets into lesser number of segments, because the number of respondents tapers off in the higher age groups. [Code in the kernel]

2. Similarly, cleaned up the special characters in the educational qualifications. 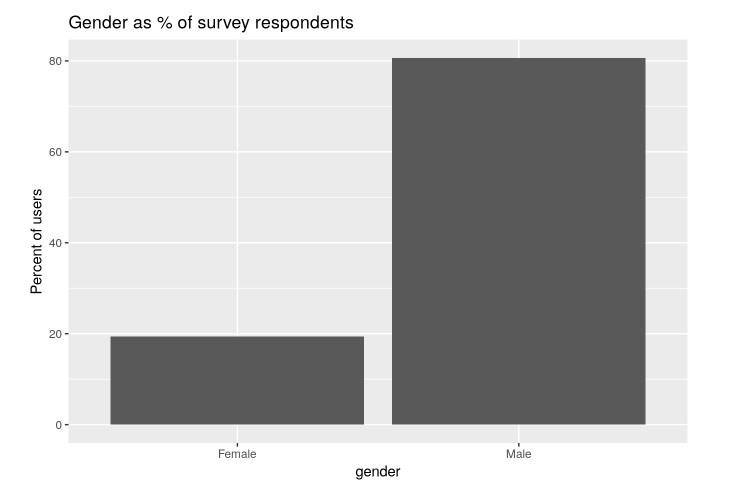 Among Indians, the majority of respondents added Computer Science as their major. From personal experience, this is probably due a combination of the reasons below: 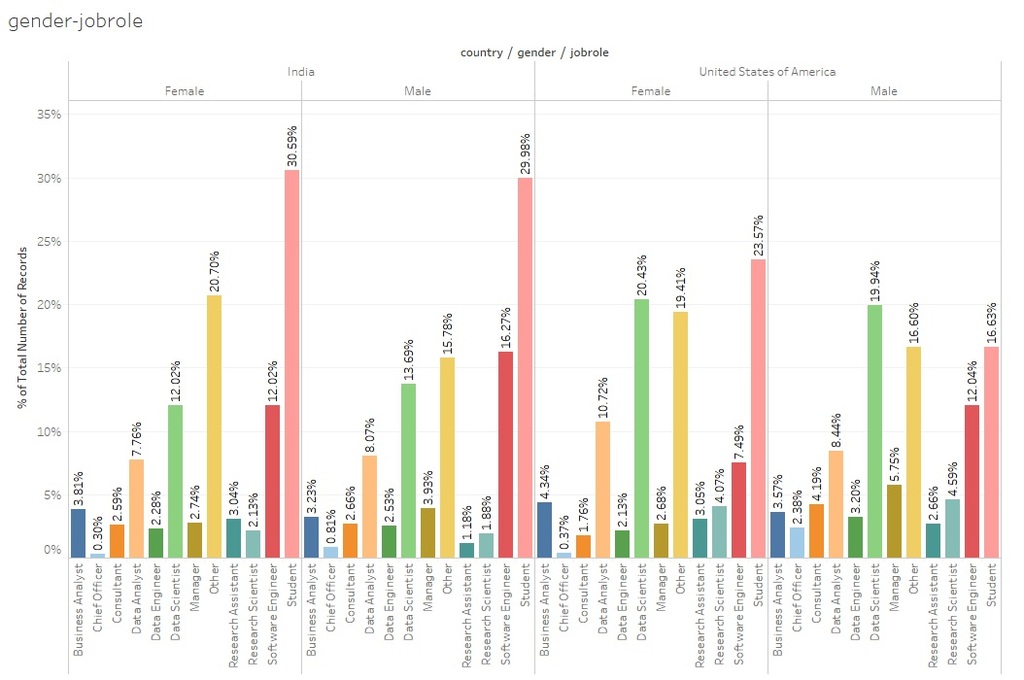