Understanding the applications of Probability in Machine Learning 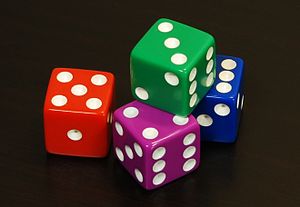 This post is part of my forthcoming book The Mathematical Foundations of Data Science. Probability is one of the foundations of machine learning (along with linear algebra and optimization). In this post, we discuss the areas where probability theory could apply in machine learning applications. If you want to know more about the book, follow me on Ajit Jaokar linked

First, we explore some background behind probability theory

Probability as a measure of uncertainty

Probability is a measure of uncertainty. Probability applies to machine learning because in the real world, we need to make decisions with incomplete information. Hence, we need a mechanism to quantify uncertainty – which Probability provides us. Using probability, we can model elements of uncertainty such as risk in financial transactions and many other business processes. In contrast, in traditional programming, we work with deterministic problems i.e. the solution is not affected by uncertainty.

Probability of an event

With this background, let us explore how probability can apply to machine learning

Probability forms the basis of sampling. In machine learning, uncertainty can arise in many ways – for example - noise in data. Probability provides a set of tools to model uncertainty. Noise could arise due to variability in the observations, as a measurement error or from other sources. Noise effects both inputs and outputs.

Apart from noise in the sample data, we should also cater for the effects of bias. Even when the observations are uniformly sampled i.e. no bias is assumed in the sampling – other limitations can introduce bias. For example, if we choose a set of participants from a specific region of the country., by definition. the sample is biased to that region. We could expand the sample scope and variance in the data by including more regions in the country. We need to balance the variance and the bias so that the sample chosen is representative of the task we are trying to model.

Typically, we are given a dataset i.e. we do not have control on the creation and sampling process of the dataset. To cater for this lack of control over sampling, we split the data into train and test sets or we use resampling techniques. Hence, probability (through sampling) is involved when we have incomplete coverage of the problem domain.

Training -  use in Maximum likelihood estimation

Many iterative machine learning techniques like Maximum likelihood estimation (MLE) are based on probability theory. MLE is used for training in models like linear regression, logistic regression and artificial neural networks.

In binary classification tasks, we predict a single probability score. Model evaluation techniques require us to summarize the performance of a model based on predicted probabilities. For example – aggregation measures like log loss require the understanding of probability theory

Probability forms the foundation of many fields such as physics, biology, and computer science where maths is applied.

As we see above, there are many areas of machine learning where probability concepts apply. Yet, they are not so commonly taught in typical coding programs on machine learning. In the last blog, we discussed this trend in context of correlation vs causation. I suspect the same is true i.e. the starting point for most developers is a dataset which they are already provided. In contrast, if you conduct a PhD experiment / thesis – you have to typically build your experiment from scratch.

If you want to know more about the book, follow me on Ajit Jaokar linked