In recent days, the popularity of social media is increasing significantly. More and more people share their ideas, information, and opinions with others using social media. Understanding of people opinion present in social media has tremendous applicability. The business world wants to take advantage of the information shared by the people on social media. The sentiment analysis can be used to estimate the emotions of the users objectively.  The research focuses on Twitter sentiment analysis and application of the sentiment information for customer loyalty prediction. The service provider wants to promote loyal the customer at the same time to retain the loyal customers. The airline service is considered for the study in this research work and tweets related to airlines gathered from Twitter. Four region airlines are selected which are European, Indian, American and Australian. Tweepy a package from Python is used to collect the airline tweets. The airline services have help desk twitter handle, which is used to collect the tweets. In some case, the official Twitter handle is also used to gather the tweets.   The twitter sentiment analysis is performed using TextBlob, which provides the sentiment score for the tweets. 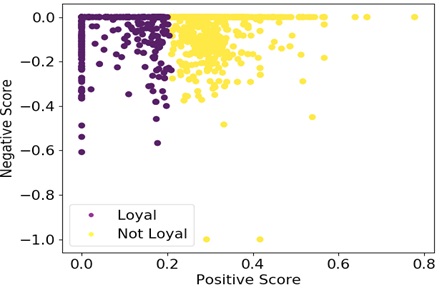 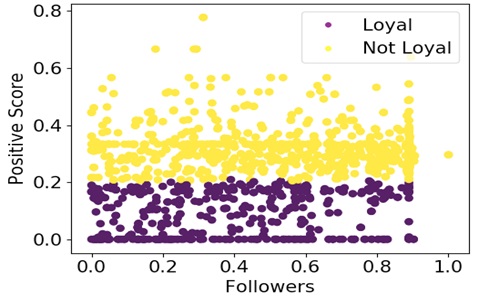 Figure 3. Distribution of tweet with respect positive and the number of followers. 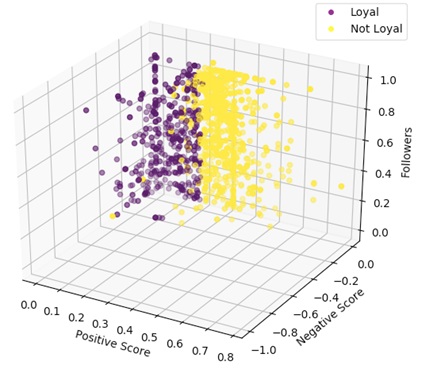 Figure 4. 3D scatter plot for the not-loyal and loyal customers.

The machine learning techniques can be utilized to predict whether a consumer is loyal or not. The Twitter-related information is used as the features such as the positive sentiment score, negative sentiment score, mean of the retweet, mean of likes and the number of followers. Three different classifiers are used such as Random Forest classifier, Decision Tree classifier, and Logistic Regression classifier. The cross-validation is performed on 10,000 tweets and the results are given in the below table.