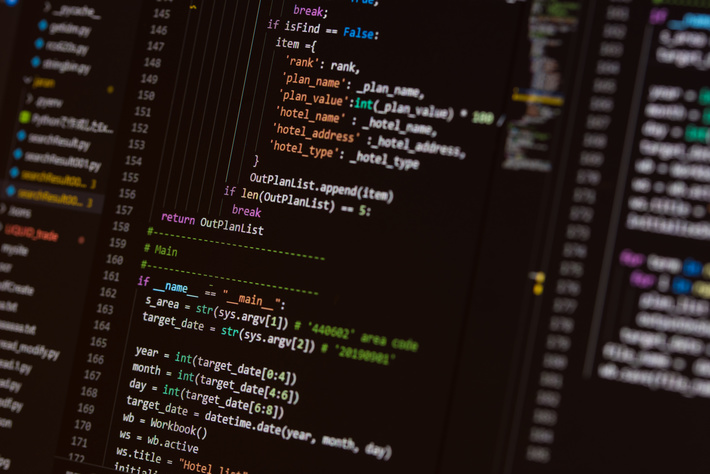 Using frameworks makes things easier as it provides a structure for building a digital solution. This enables developers to focus on promoting the business logic of the solution under development.

Python has one of the largest libraries of frameworks, and today, we will talk about the top-performing frameworks. These are the technologies that have helped and will continue to help a Python development company create better web solutions.

Why is Python Popular?

Python has been at the forefront of steering incredible changes in the web development community. As it has capabilities to build performant solutions covering the Artificial Intelligence and Machine Learning platforms, Python has always managed to become a go-to choice for web development.

The Stack Overflow Survey 2021 finds that 48.24 of the respondents love working with Python. The September 2021 TIOBE index places Python in second place, moving up from the third rank in September 2020. Following the image given below and other trends, we can only expect Python to gain popularity and sustain its top rankings.

Here are the best Python frameworks that you must look forward to and start using to gain the most out of Python and its development capabilities.

Django is a Python-based open-source framework associated with the ability to create fast and scalable solutions. Django’s USP is that it helps a Python development company build complex solutions in record time, which is a core requirement of every business today.

Some of the major advantages of using Django includes:

Django is easy to learn because a Python developer can write the code in Notepad and run it in the compiler. Django lets you write a clean and simple code along with following a pragmatic design pattern.

The best part is that Django has inbuilt features to help developers avoid common development mistakes, especially when it comes to the security of the solution.

If Django is great for complex and big applications, Flask is your ideal choice to build small applications. Flask is easier to learn, and it is more explicit than Django. Additionally, Flask has less base code.

This specific aspect translates to the ability to create simple web applications faster and efficiently. After its formal launch, Flask quickly gained ground, giving Django a run for its money. This was because Django has a monolithic structure, and its dependencies make Django relatively challenging.

Flask provided a substitute for this issue. Still, Flask is behind Django, at least on GitHub, where the former has got 56900 stars, and the latter has bagged 59600 stars until today.

Pyramid is a combination of Django and Flask as it helps build both large and small-scale web applications. It’s an open-source web development framework compatible with Python 3 and is looked forward to as one of the most promising upcoming frameworks.

A Python app development company can choose to work with Python due to the following reasons;

The Web2Py framework is compatible with Python 3 and 2.7. Using Web2Py means you can ensure rapid web application development that is secure and scalable. Most importantly, Web2Py is known for its ability to build data-driven web applications.

Developers offering Python development services can rely on Web2Py because it is easy to learn, and they will have access to extensive documentation along with a web-based Integrated Development Environment (IDE).

This means that you can create, modify, and deploy web applications from your web browser from anywhere in the world and manage different websites, even if they have different databases.

Other notable features of Web2Py contributing to Python’s success include error logging and ticketing and running on different operating systems, including Amazon EC2.

For those who like working with a minimalistic framework, CherryPy is the answer. Another one of the open-source frameworks, CherryPy, is as good as any other object-oriented programming platform, but it has an extensive mechanism for Python-based development.

CherryPy provides several extensions and hook points, which add to the developmental capabilities.

The code written with CherryPy is concise and easy to read, which means that you can develop the application faster. All this makes CherryPy an effective framework for creating the most simple to the most complex web application.

Unlike other Python frameworks on the list, this one has a specific purpose. Falcon is primarily used to build fast-performing APIs to support the backend operations of an application. As a result, the application works faster and efficiently.

Falcon also makes the application more secure, which is one reason why a Python development company prefers to use it. Besides these, other Falcon features include native support for async.io, centralized RESTful routing to facilitate API modeling, and support for ASGI, WSGI, and WebSocket.

In addition to these core features, Falcon offers stable interfaces that provide backward compatibility and a highly optimized plus extensive codebase.

The last Python framework on our list and which will drive Python’s popularity in 2022 is Tornado. The USP of this framework is that it can support a web app that receives tons of traffic quickly.

This means that Tornado’s primary benefit is maintaining the web app’s speed and help fortify it to handle large amounts of traffic and its related data. Other notable features of Tornado include easy user authentication via an inbuilt support system and non-blocking HTTP clients.

All things considered, Tornado is an ideal choice for long-polling and WebSockets and for platforms that need a system to build enduring connections with the users.

There are more than 60 functional Python frameworks, and all of them offer extended development capabilities. A Python development company, cannot focus on all the frameworks, nor is it even not recommended.

The smart move is to learn and use the most popular frameworks to provide Python development services. With this motive, we have curated a list of the top 7 pivotal Python frameworks that must start using and learning.

These Python frameworks will be crucial to Python’s popularity in 2022 and also help you sustain operations in the next year.