Blockchain technology, a resourceful discovery that is on the verge of making history in the tech world, is going to structure the course of this era by infusing a plethora of developments into the business realm. Organizations are more than eager to welcome this enterprising innovation into their business processes to instill uttermost efficiency. 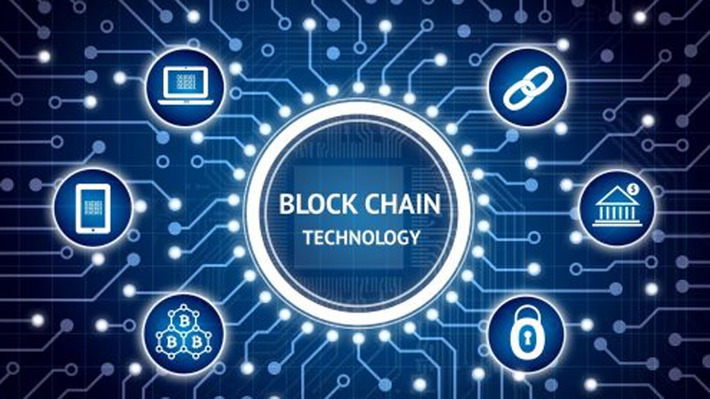 Originated as an underlying technology for Bitcoin, a cryptocurrency invented by Satoshi Nakamoto in 2009, Blockchain has been successful in creating an individual identity for itself by impressing everyone with the phenomenon benefits that it has to offer.

From being called a scam to being interchangeably used with the term cryptocurrency, Blockchain has come a long way and has transformed its image since the time it came into existence. Initially, it came as a surprise that Blockchain could be used other than just powering crypto, though it took a while for people to sink in that fact, it was a just a matter of time all the controversies surrounding this technology died out.

Popularly known to be a decentralized digital ledger, Blockchain first found its way into the banking industry by injecting efficiency and security into its systems. As a result of its peer-to-peer network, Blockchain removes the need for middlemen, hence, bestowing reliability and reducing costs in transaction & processing. However, it was just the beginning as a range of industries spotted this marvelous technology in solving their issues and bringing more profits.

From healthcare to real estate to the Government, every sector is just waiting to be disrupted by Blockchain, so much so that the global Blockchain technology market is going to be worth $20 billion by 2024. As a consequence, the demand for Blockchain professionals is unstoppable, giving rise to a large market for educational programs that are producing a class of professionals who are capable enough to formulate Blockchain strategies and develop applications to make it an easy transition for domains that are aspiring to integrate Blockchain into their business procedures. Below, you shall find a list of the Top Blockchain Certifications that are pulling the attention of tech enthusiasts trying to become experts in this field.

Offered in association with Pearson VUE, the Blockchain Training Alliance has been introducing credentials for software architects and developers who have been wishing to acquire relevant skills that can fuel their career to go places. There are three primary areas targeted by this Blockchain certification program which are:

Sustaining high standards of Blockchain education, CBCA is presenting three applicable Blockchain certifications that have been fabricated to impart knowledge to developers meaning to write algorithms for multitude Blockchain apps, professionals wanting to give investment advice and specialists desiring to work on Blockchain integration projects.

The Blockchain Certifications by CBCA that everyone has their eyes on are:

The courses that are mentioned above are meant for people with prior knowledge of Blockchain and looking for credentials to validate that.

A program named Oxford Blockchain Strategy Programme has been built through the merger of Oxford Saïd together with GetSmarter. The Blockchain certification program has been framed while keeping in the mind the learning needs of managers, executives and other genres of professionals.

By pursuing this certification, one can learn the art of capitalizing on the opportunities provided by Blockchain. It contains coursework that encompasses an end-to-end understanding of Blockchain alongside its market implications.

IBM presents a bunch of interactive Blockchain certification programs for developers who are keen on learning the basics of Blockchain, the skills required to build applications and networks and becoming a part of a community in order to connect with developers with a similar area of knowledge.

The aim of this credential is to provide a comprehensive understanding of Blockchain through practical use cases. Also, it comes in the form of an IBM open Badge.