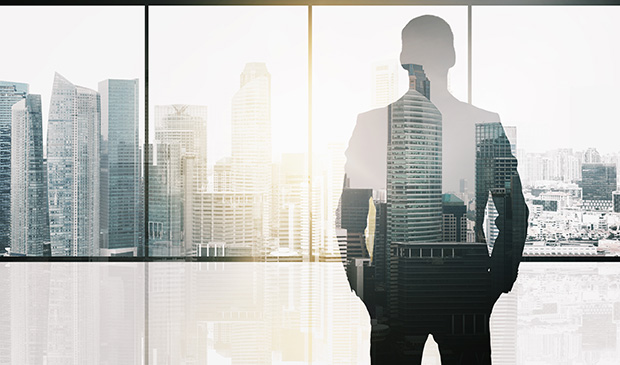 “Large businesses are starting to hold their chief information officers accountable for the results of corporate-wide digital business operations, giving them much wider responsibility within the organization. . . Gartner, which last month released its annual list of top strategic predictions, said that by 2024, a quarter of the CIOs working in large, traditional enterprises will effectively become, as the research and advisory firm calls it, ‘COO by proxy.’”

The Adolescence of Business Technology Management

When I was in Business School, more than a few years ago, I remember reading any number of articles debating the relative prospects of becoming a CEO via different paths.  At the time, Sales was probably the most common route, followed by Operations, Marketing, Legal and Engineering.  IS, (Information Systems, as it was then known,) didn’t make the list.

Given my focus on integrating business management with technology and systems, I felt that this was short-sighted.  It was clear to me then that information was the life blood of business and whoever managed, cared for and fed it could ultimately acquire a position of substantial responsibility.  At the time, I didn’t see why an IS Director (since elevated to the lofty title of CIO) couldn’t capitalize on his or her unique perspective to ascend to the top of the pyramid.

Software as a Component of Value Delivery

Some years later, I returned to the school to attend one of its annual technology conferences.  I was staggered by a presentation from one of the senior professors who spoke about a Defense Department-sponsored study of software development productivity and quality he had performed, which was prompted by some notable cost overruns and failures on important and expensive projects.  His overall assessment of our capabilities was that we really weren’t too good at it—pretty shocking considering that he was from Stanford University and we were at Carnegie-Mellon University, two of the top three Computer Science departments in the country.  One of the projects he’d audited as part of the study was the latest US fighter aircraft under development and here’s the striking statistic he mentioned: even accounting for all the exotic materials, cutting-edge fabrication and manufacturing processes and design innovations, 50% of the cost of such aircraft is software!  His point was that, given the proportional value of software in the product, deficiencies in our productivity and lapses in quality, if left unaddressed, would have major consequences.  I didn’t have the background to fully appreciate all of the nuances, but the need to understand the relative contributions and risks of each of the inputs and capabilities employed to create a product or other outcome of value has remained with me.

Technology and its Application to Business Then and Now

At the outset of my Information Technology career (trust me, there weren’t pterodactyls flying around) IS costs were deemed acceptable if they were constrained to one or two percent of sales.  Applications were designed mainly to mimic existing manual business processes, not to induce change in them.  In many cases, forms used in manual process execution were replicated in application interfaces to limit or eliminate retraining expenses.  Therefore, what we automated was what we were already doing, just faster and, perhaps, at greater volume.  The IS Director’s job was focused on balancing project demands, managing operations, controlling costs and keeping the users from complaining to the senior executives about lapses in attention or service levels.

Subsequently, concepts like Decision Support Systems and Business Process Re-engineering appeared.  IS was beginning to acquire some of the capabilities that we take for granted now, such as Big Data and Analytics, Machine Learning and Artificial Intelligence and Robotic Process Automation. It was also around this time that the idea of organizing the business to optimize the use and reusability of information gained momentum.  The IS Director gained more opportunity to contribute to strategizing and direction setting.  The goal at that time for him (and it was almost always a ‘him’ then) was ‘a seat at the table.’

Now, businesses resemble the fighter aircraft more than ever.  The relative contribution of information technology to competitiveness has grown and the design of the enterprise is driven by optimizing the ability to exploit it.  The relationship between hard and soft assets, including Intellectual Property, know-how and processes has been upended—the fewer physical assets and the smaller the dedicated work force, the more valuable the company may be versus its direct competitors.  The role of the IS Director, now the CIO, is more closely tied to business results than it ever was before.

Organizational Structure and Transformation Then and Now

Running an organization has always required a variety of disciplines and balance between centralizing and distributing each of them.  Distributing them brings them closer to where they are applied and makes them more sensitive to operational needs and changing environments.  Centralizing them promotes consistency and facilitates disseminating policy and practice standards within them.  Distribution may require investment in communication and collaboration technology to help achieve consistency.  Centralizing them can create economies by simplifying the systems that a discipline may need to operate.

When information systems were more laborious, time-consuming and expensive to create, less malleable and more difficult to integrate they were an impediment to distributed governance and management.  This is not to say that matrix management didn’t happen but it was much more burdensome than it is today.  All in all, this contributed to a drag on the ability to initiate new business models—to transform.  The early IS Director focused much more on cost-containment than innovation.  A company’s infrastructure evolved by capital projects, funded in an all-or-nothing fashion during the annual budgeting cycle.  There are a number of pathologies associated with this, about which I have written previously.

We have reached a major turning point in how we (must) manage enterprises—the number one capability required to survive is business agility—the ability to evolve and react rapidly to respond to changes in the business environment.  Information technology is immeasurably more capable than it was, it has become easier to implement in many ways and its price-performance has plummeted.  The major concern relating to Technical Debt when systems were so time-consuming and expensive to create was cost; now it is its impact on agility.  With businesses lifecycles accelerating, Technical Debt becomes less of a concern.  It’s less important now that two product teams may create redundant application components than that their experimentation with evolving business models not be impeded by a desire to minimize Technical Debt.

There are any number of distinguished subject matter experts who have written about how enterprises must be transformed and operated to be competitive today.  Two books that I heartily recommend are Designed for Digital-How to Architect Your Business for Sustained S... by Jeanne W. Ross, Cynthia M. Beath and Martin Mocker and Project to Product: How to Survive and Thrive in the Age of Digital... by Mik Kersten.

Designed for Digital describes how enterprises should be architected and Project to Product addresses how business operational management must change to be competitive in today’s markets.  What can be taken from both books is the need for tight collaboration between product owners and the technologists that enable them.  As product-centric management approaches are rolled out, Capital Expenses (CapEx) transition to Operational Expenses (OpEx) and a new layer of concerns and operational responsibilities accrue to the CIO.  Ross, Kersten and many others, as well as enterprises of all sizes have come to the realization that business success is inextricably tied to technological success and the CIO is the person to facilitate that.

As we go forward, any number of advancements will make it easier to implement and exploit technology—Low-Code/No-Code programming environments, intelligent automation that generates, optimizes and deploys Machine Learning models with minimal intervention, Agile/DevOps and new Cloud-based software architectures that improve implementation velocity, performance, malleability and maintainability.  Technical Debt will come to matter less and less but the impact on an enterprise’s ability to implement, evolve and operate technology-enabled business models will matter more and more.

I agree with the WSJ’s assertion—CIOs’ and COOs’ responsibilities and job descriptions will begin to merge.  The question will become whether it is easier to teach technology to the COO or business to the CIO.  I believe that it is important that anyone in, or who aspires to, either role focus on filling technological or business gaps in their background.  Competitive organizations will be looking for leaders who present the fusion of skills required to oversee a Digital Transformation, lead the way to rapid innovation and deliver digital products and services.

If you’re a CIO with significant business acumen, and there is every reason to believe that if you are a CIO you have plenty already, then it’s a good time.