Should CEOs Learn To Code? Yes!

What makes a great CEO?

First of all, the answer to that question depends on who raises it: An investor will likely come up with a different answer than an employee. What if you asked a CEO? He might give you his definition. Ask another CEO, and he will likely give you a slightly or even completely different view on this subject.

Ask five people, and you will get five answers

It seems nearly impossible to find an answer that would be satisfactory to all the audiences above. Why? Because each person you ask has his motivations: An investor might expect a CEO to cut costs and shrink the organization to fit. An employee is scared of precisely that to happen. Last but not least, the CEO could have a vision of how he wants to shape the company. Investors, employees or both might support that vision, or they might not — conflicts of interest everywhere.

What hard skills should a CEO have?

Surprisingly, it's a greatly overlooked question. Forbes published a thoughtful article on this subject back in 2012: Great CEOs Must be Either Technical or Financial. Venkatesh Rao, the author, made an interesting observation:

"I am struck by a major disconnect between the stories of real-life CEOs and theories of leadership. The theories of leadership never seem to talk about necessary expertise in running companies. Most of the thinking seems to revolve around people skills. Two skillsets in particular, financial and technical, are barely ever talked about."

Keep up with the Gates, Musks, and Zuckerbergs

The founders and CEOs of Microsoft, Tesla, SpaceX, and Facebook set the bar higher than ever for all other CEOs out there. It's not only Musk & Co's enormous accomplishments that set them apart. It's the skills that got them there, one of which is a profound understanding of technology.

What does this mean to the brick-and-mortar CEO?

Most CEOs are not involved in ventures that electrify the public, such as sending spaceships to Mars or reinventing the automotive industry. Their companies might be involved in the creation and delivery of products and services most of us take for granted. Just think of electricity, food, gasoline or insurance. All of these industries are presently being digitally disrupted. How well is the majority of CEOs prepared for what's coming?

Does your company's CEO grasp technology? Presumably not

I don't possess numbers to support my case. However, based on dozens of one-on-one interviews with CEOs across multiple industries, with their employees, and consultancies, I came to a shocking conclusion: Technology illiteracy is a wide-spread phenomenon amongst CEOs.

Can technology illiterate CEOs digitize their companies and make them data-centric?

A senior partner at a multinational consultancy, who wishes to remain anonymous, gave me a blunt answer to that question: "No way." Due to his experience, large digital transformation projects fail, primarily because of technology illiterate CEOs in the drivers' seats. Surprisingly, on both sides of the table. 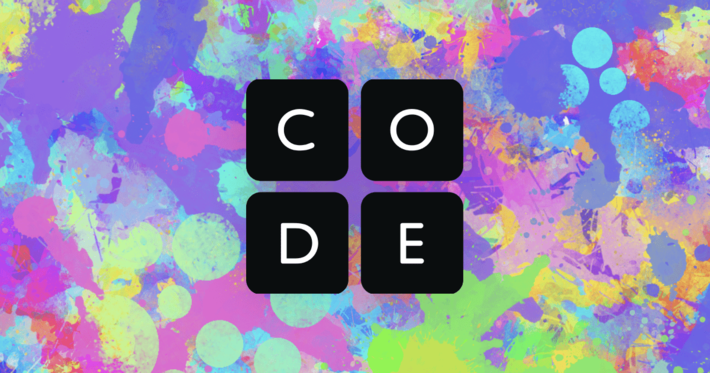 What's the solution to the problem? You guessed it. Learn to code

I learned to code in my 40s. My language of choice was Python. Although I do not code for a living, nor do I have any intent to do so, this learning experience taught me some priceless lessons. All of them are of great value for my business and my customers.

Every CEO I shared these lessons with got excited about them; some are even following in my footsteps. Let me elaborate on the value of learning to code. What do you actually learn? It's more than "just" writing some lines of code.

The most important lesson that coding taught me is breaking problems into smaller chunks one can chew on. If a CEO decides to learn to code, it will not make all his more significant problems miraculously go away. However, code is the alphabet of a software-centric world. The ability to read and write code empowers people. Those CEOs who decided to learn coding start seeing the world around them in entirely new ways: "Now I start getting an idea of what is really going on out there."

For a CEO in a highly competitive industry such as insurance, for example, joining forces with their worst competitors to create software that could be beneficial for the entire industry is by and large unthinkable.

“All the major innovations happening right now are with open source platforms, and yet there are still a lot of people … reinventing wheels.” so said John Mark Walker in an InfoWorld article titled 20 years on, open source hasn’t changed the world as promised.

Due to lack of even the most basic understanding of open source, technology illiterate CEOs keep everyone busy reinventing wheels. By learning an open source language such as Python, a CEO gets some first-hand experience with a key-driver in today's world. Open source.

Those CEOs who decide to learn programming gain a lot of credibility amongst tech-savvy peers, staff, and advisors. It is well perceived to have at least some limited understanding of technology, as opposed to solely relying on second- and third-hand knowledge. As one CEO I spoke to put it bluntly: "I was once told right in my face that now, that I have some basic programming skills under my belt, I started talking sense when it comes to technology."

Learn to learn from Millenials

We are living in a world in which knowledge has become ubiquitous. Nobody understands this better than the generation of millennials. "It makes this world a dangerous place to live in for dinosaurs like us" as a befriended CEO told me. He's in his late sixties.

Ask the average, mid-aged CEO what he thinks about YouTube, and he will likely respond: "Entertainment. Cat videos. Those things." Ask a millennial the same question, and you might get two different answers: a) entertainment and b) education.

Those CEOs who start learning to code quickly realize that most of the educational content is available to anyone at any time at zero cost. This realization is quite shocking: "Today, a bunch of guys can just learn about and break into virtually any industry and turn everything upside down."

As digitalization progresses, the entry barriers into most industries are vanishing. When asked how he acquired the expertise to break into NASA's territory, Elon Musk replied: "I read books and talk to people." A millennial-flavored response would likely be: "I watch videos on YouTube and snapchat with people."

For me personally, the story of a 12-year-old girl who learned dubstep solely via YouTube was one of the most inspirational ones in the last years.

You will find a wealth of testimonies by people who learned Mandarin Chinese, programming, how to build irrigation systems in their villages in Africa via YouTube. We are living in an open world.

I run a data literacy consultancy, and we cater to large companies in Europe and the US. You have questions I didn't answer in my write-up, or you want to share your experiences? Please leave a comment or reach out to me via email [email protected] or LinkedIn. Thank you!