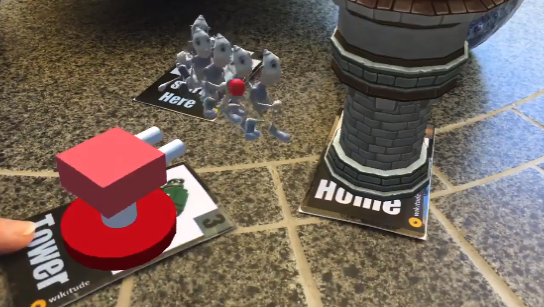 Augmented Reality is beginning to push the paradigms of previous expectations as the ability to recognize cards by appearance and orientation opens up the possibility of a new kind of gaming. The use of "magical" proxies to position 3D animations coupled with autonomous agent awareness opens up the possibility of card games with armies attacking castles, chess games going off into n-dimensions, and table top role playing games (RPGs) creating fully simulated mage on warrior battles.