This article was written on OpenAI.

We’ve created images that reliably fool neural network classifiers when viewed from varied scales and perspectives. This challenges a claim from last week that self-driving cars would be hard to trick maliciously since they capture images from multiple scales, angles, perspectives, and the like. 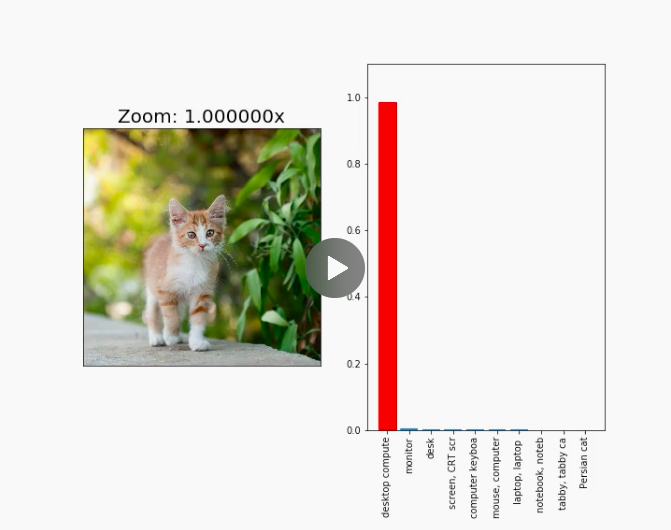 Adversarial examples can be created using an optimization method called projected gradient descent to find small perturbations to the image that arbitrarily fool the classifier.

Instead of optimizing for finding an input that’s adversarial from a single viewpoint, we optimize over a large ensemble of stochastic classifiers that randomly rescale the input before classifying it. Optimizing against such an ensemble produces robust adversarial examples that are scale-invariant.

By adding random rotations, translations, scales, noise, and mean shifts to our training perturbations, the same technique produces a single input that remains adversarial under any of these transformations.

To read the whole article, with illustrations and their explanations, click here.