Quantum Computing and the Roadmap to Overcome Scientific Problems

Quantum computing has long been discussed on various platforms and forums as the successor of High-Performance Computing (HPC). Although it is still relatively incipient in its practical form, companies like IBM have started discussing the problems that quantum computing will be able to solve. Universities, governments, and industries across the world are making significant contributions to the proceeding scientific studies pertaining to its practical applications. 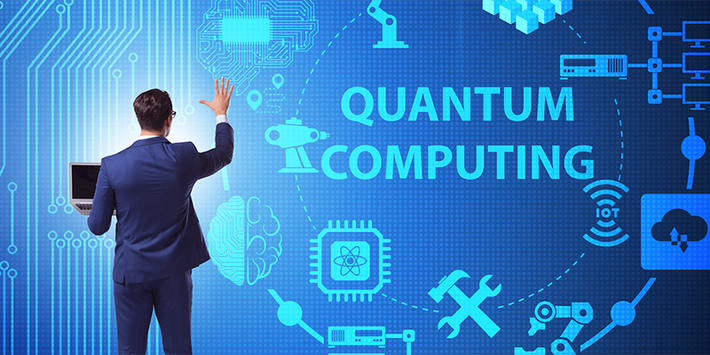 Some Quantum Computing Statistics at a Glance:

Recently, IBM sponsored a virtual roundtable on quantum computing. The agenda of the conference was the analysis of the present quantum computing landscape and discerning the research efforts regarding its potential applications. All the participants unanimously accepted that quantum computing promises to solve some of the most challenging problems in the world.

Heike Riel, a nanotechnologist and the head of IBM Research Quantum Europe, deemed contemporary computers not powerful enough and reiterated the need for quantum computers in the mainstream computing world. She added how quantum computers can help us overcome complex global problems like:

Riel further explained how traditional computers are unable to perform the required simulations to tackle these problems. Quantum computers, however, incorporate quantum bits and make calculations based on quantum physics. Hence, they are critical to finding solutions to these complex problems.

IBM, in 2019 was able to put 27 qubit chips. It has now moved on to 65 chips in 2020 and is aiming for a 100 plus in the next year. Riel said that IBM expects to present a 127 chip, named Eagle, next year. By 2022, they are aiming for about 433 qubits and a chip known as Osprey, along with miniaturized components and integration.

To move forward towards achieving one million qubits, IBM aims at breaking into 1000 qubits by the end of 2023. However, achieving the target of 1 million qubits will need both new infrastructure as well as quantum error correction.

The quantum startup, Qu & Co. is working towards new quantum software and algorithms to solve problems related to chemistry and the life sciences, confirmed the CEO, Benno Broer.

Alberto Di Meglio, head of the openlab at CERN, said that physicists around the world require simulations for studying the secrets of the universe. As the task is compute-intensive, the traditional systems will take a huge time. Quantum computers, however, can accelerate the process and help to derive meaningful conclusions from the obtained data.

The quantum advantage for the application, according to Di Meglio, will come from simulating some types of quantum mechanics. This will be groundbreaking as far as the functioning of the universe is concerned.

IBM’s future plan recognizes the achievement of complete quantum error correction as one of its end goals. This demands bigger quantum computers, admits Heike Riel. She further acknowledged the ongoing discussions around the security aspects of computing. There are talks around quantum being capable of breaking encryptions. Riel said she doesn’t consider this as a high risk yet but still underlined the ongoing research works for testing new standards for data encryptions.

There are numerous other research scenarios of quantum computing on the road ahead. They are all extremely promising and have the potential to completely disrupt the current perceptions about those respective fields. While it is true that the present quantum processors cannot deliver the quantum benefits, they can still empower you to do valuable things. They are ready for clients to build applications that help to solve intractable and complex problems.

What Should Companies do to Prepare for Quantum Computing?

Organizations must investigate the issues they wish to solve through quantum computing. Just like with any other technology, businesses will need to identify the most germane use cases. They could even be the problems where high-performance computing is falling short of delivering the desired results.

The next step could be the sharing of various domain knowledge amongst industry people. Shared domain expertise can help various industries develop solutions to their intractable problems, via quantum computing.

It is equally important for organizations to begin educating their employees and workforces about quantum computing and its applications. Organizing basic knowledge and training sessions will not only help accelerate the growth of quantum solutions but will also make organizations ready for their adoption, whenever they are introduced in the future.

IBM and other active participants have restated the importance of quantum solutions and have strengthened their resolve towards quickly attaining its true potential going forward.

Organizations anticipating the technology are expected to brainstorm and explore its relevant application areas as a primary step towards quantum adoption.

While the real quantum benefits are still inaccessible, organizations can start utilizing the current quantum capabilities for overcoming industry hurdles. Quantum computing, with its ability to solve complex scientific problems, is extremely promising and worth the attention and investments it is receiving. Joining hands with technologies like cloud computing, Artificial Intelligence (AI), Big Data, and Machine Learning (ML), etcetera in the future, quantum computing is going to revolutionize the entire IT world.