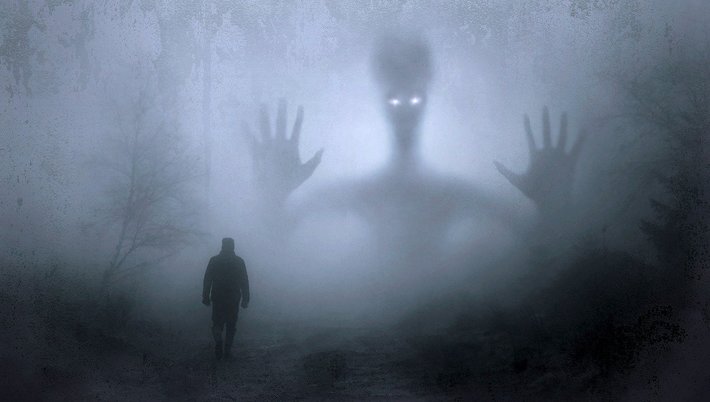 I originally introduced the idea of social teratogenesis to Data Science Central in relation to the employees of a company. I will be taking this opportunity to apply the concept to the clients of a company.

Social teratogenesis - or just teratogenesis here for brevity - can manifest itself differently depending on the exact circumstances. The word teratogenesis comes from its Greek roots: it means the making of monsters. The term is more commonly used in toxicology. Social teratogenesis however implies that determinants in society bring about the production or monsters - this is to say, the transformation of non-monsters into monsters.

Basically, the concept of a problem employee is premised on intrinsic fault. The employee is problematic due to some kind of inherent quality or aspect that is considered to be attributable to the employee. Somebody who believes in the concept of teratogenesis might argue that actually the employee starts off as normal only to become problematic due to external influences or forces associated with society. Society in this case can be defined it relatively broad terms. For example, employee training is a type of social influence that can lead to problematic behaviours, which I explain below.

I have observed employees train new workers. I have also trained a small number myself. I rarely get the opportunity these days since my duties are so specialized. I have noticed over the years that the personality and habits of the trainer tend to influence the production outcomes of the trainee.  Applying this type of imprinting more generically, if a trainer in a company is habitually late for work and seems unmotivated, this might be taken as normal and acceptable by the trainee.  It is of course a great shame to allow such a cycle of non-productive behaviour to perpetuate. The end-result however is that a problem employee tends to emerge and generate poor performance data. Yet this individual likely seemed relatively normal during recruitment.

No company deliberately brings in a problem employee or liability. Presumably when something goes wrong, it is always a surprise. If it is not a surprise - i.e. somebody saw it coming - this of course puts into question the recruitment process. Of course these days, sometimes people who are hired do not even bother showing up. Suffice it to say, our sense of normalcy at the initial stages conceal the inner intellectual processes at play. To some extent, our ability to genuinely understand the individual is limited to the outcomes of interaction, often from their production metrics. But I would argue that the mechanics of reasoning that might start with an employee can extend outward to also influence clients: i.e. deviance (trainer) can beget deviance (trainee) triggering problematic behaviours (client). This is less an issue of inherent quality and more a matter of social infection and pathology.

It seems tempting to judge clients through a judgmental lens: clients can be identified, described, and labelled as problematic. Again, teratogenesis points to the possibility that maybe the clients became problematic through their exposure to an external influence. This is not to say that some clients might not indeed be problematic. It is a matter of chance to sometimes encounter these individuals. However, if there are 10 employees each dealing with 100 clients in a given day, the chance of a particular employee interacting with a disproportionately large number of problem clients seems relatively poor. If the outcomes of their interaction are monitored regularly over a many days, it starts to seem implausible for one employee to be stricken with bad luck significantly more than the others.

On the other side of the teratogenic coin is something I call social ergatigenesis, a term I previously used to describe the making of a good employee. While the focal point is different, I suppose ergatigenesis might be more generally applied to clients. I am not suggesting that clients become better employees, of course. I mean that they become better clients. I continue to use the same term in this alternate setting in part due to my limited Greek but also to maintain the conceptual relationship as follows: social ergatigenesis is the other side of social teratogenesis regardless of the exact setting or situation. The former brings adaptation. The latter leads to radicalization.

To some extent, teratogenesis is related to the broader discourse surrounding nature over nurture: e.g. is a person naturally bad, or did they become bad due to their social circumstances? If employees are bad by nature, then one method to prevent them from generating undesirable outcomes is simply to fire them. On the other hand, if they pick up their behaviours from the social environment, replacing them would merely cause these external conditions to produce more employees containing the same faults. Correction as it applies to employees is no simple matter in relation to clients. A company seems unlikely to try to replace its clients!

Taking this theoretical base, we then approach the challenge of developing a quantitative foundation to evaluate, in the case of my example to follow, the teratogenesis of clients. But behold, I have chosen to examine employees as an important determinant in relation to the teratogenesis of clients. For a call centre, a problem client might be somebody who calls several times on a given day: e.g. one client might call 10 times on a single day. Let us say for the sake of argument that an employee tends to do the following: 1) instantly hang up; 2) immediately place the client on hold forcing the client to hang up; and 3) say the they cannot provide any assistance before hanging up. The stage is set for teratogenic metamorphosis.

In order to perform the analysis, it is necessary to do something unusual with the network data: distinguish between unique telephone numbers. It is not possible to determine whether clients are making repetitive calls if the number of calls per phone number is not tabulated. Since it is unlikely that the network data system will tabulate data in this manner, it might be necessary to do the counting possibly using a separate program. The basic objective is to obtain the following: 1) the number of unique repetitive callers (R); and 2) the number of unique non-repetitive callers (U). The assertion of teratogenesis (T) is obtained as a percentage: T = R / U. This means that if all unique callers that are handled by an agent become repeat callers by calling back at least once, teratogenesis would be 100 percent.

In a team environment, teratogenesis is understated for the individual. This is because calls are distributed randomly. So the likelihood of an agent receiving a call from the same disgruntled client more than once is normally quite poor. For this reason, any significant percentage for T that persists over a period of time is problematic. The exact percentage for T that should cause concern depends on the number of agents handling the queue. A useful reference point is the T for the group, which is normally less than the T for individuals. T for the group is usually lower since the uniqueness of a call diminishes in relation to the group: it would matter less where exactly where the call lands. For the group, the compiler does not distinguish between agents. It is therefore suspicious when T for an agent is less than or even quite near T for the group.

Of course, having a metric does not in itself solve any problems. But it can help the organization determine whether or not a correctional initiative is working. If most of the calls handled by the organization are associated with repeaters - that is to say, callers that call back at least once - then load can be cut drastically or capacity can be increased dramatically through the successful implementation of effective initiatives. But this assumes that the organization is capable of detecting and mitigating teratogenic determinants in the environment.

Once anomalies in distribution among employees have been addressed, there would then be a situation where the level of T is about uniform or not greatly different, indicating an ambient T. It is then a question of whether ambient T is structural and organizational (an aspect of the company) - or whether it is environmental (a characteristic of the client base). Ambient T is fascinating particularly if it exhibits seasonal fluctuations. It becomes necessary to evaluate staffing and market peculiarities pointing to a need for greater or less load capacity. There might be an extraordinary phenomenon affecting clients or how they are treated - e.g. related to COVID-19.

By no means is it a straightforward developing metrics to measure teratogenesis. It is necessary to know the underlying theory behind it; however, the more challenging task is to recognize what aspects of the workplace might be reasonably associated. Teratogenesis might seem like an abstract theory, but actually this is a pervasive aspect of production. It has generally been addressed by removing the source of disease, as if it is not caused by externalities; in doing so, it is necessary to acknowledge the non-systemic nature of contemporary problem-solving. By non-systemic, I mean that it is disassociated from systems theory. We therefore attempt to eradicate deficient people rather than reconstruct faulty systems. In doing so, we merely invite these systems to become further entrenched, enabling their perpetuation.