Throughout our transition, we applied a set of techniques, principles, and learnings, which eventually became our mental framework.

"How can a mental framework of a small company work for a large conglomerate with 100,000 employees?"

By open sourcing it! That way, our mental framework can get modified to the needs of way larger entities which then hopefully are going to contribute back. Besides that, there is an overlooked similarity between small businesses like ours and large companies alike: the pressure to reinvent oneself. We can learn from each other. Thus, we're very public about the mental framework we apply and constantly improve. 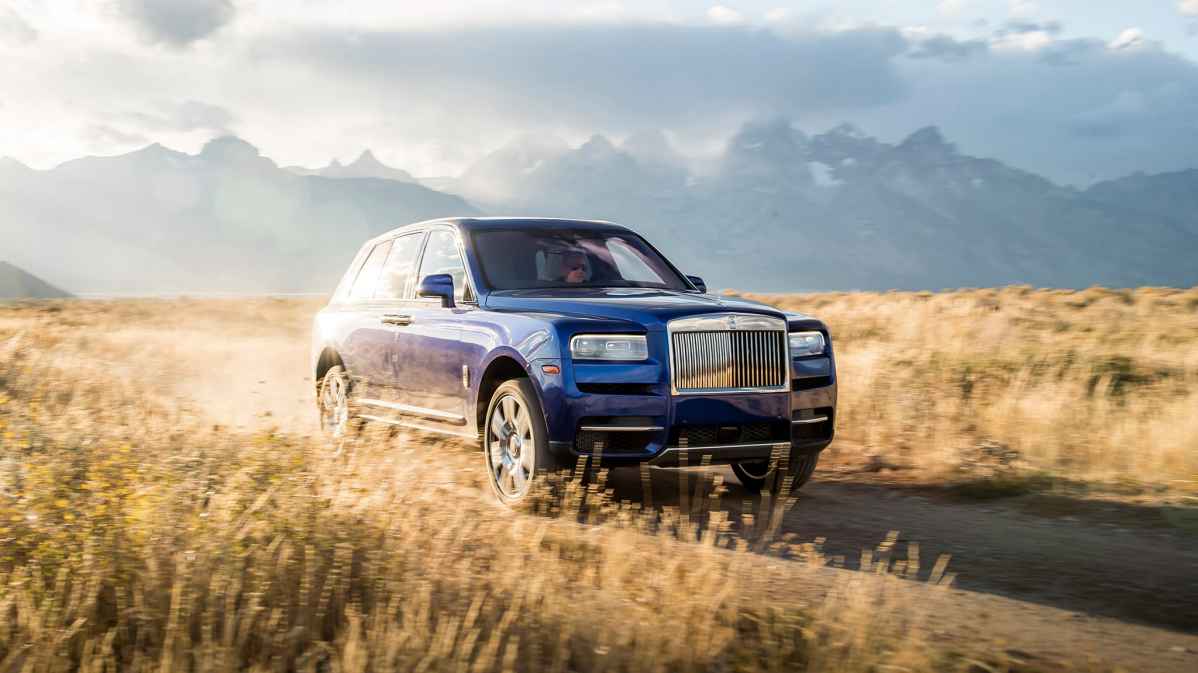 Reinventing the Wheel: The Rolls-Royce Cullinan, the first SUV in the company's history | Source: Rolls-Royce

I decided to reinvent my business when I realized that providing marketing services had a not-so-great future. Some of our current data literacy service customers face similar problems. Let's pretend, you are in the automotive business and your company provides critical components for internal combustion engines (this is an entirely fictitious example, a highly realistic one though). As the automotive industry is shifting towards electric motors, you might sooner or later run out of business.

"How do you reinvent a business today which has has been thriving on incremental improvements for 100 years?"

Many automotive suppliers have been around for decades, some for a century and beyond. The automobile as we know it today is a highly sophisticated, millions of times over enhanced version of 1885 Benz Patent-Motorwagen. Now comes the electric, self-driving vehicle which is available through a ride-sharing service. How do you respond to that?

German manufacturers are legendary for their supreme quality, and Mercedes claims "The best or nothing" for themselves. But what if the category in which you are the leader is at risk of becoming irrelevant, or fundamentally changed? You have to reinvent yourself.

What constitutes a mental framework for a digital transformation?

97% of all digital transformations fail, and some large businesses trying to digitally reinvent themselves lose billions along the way. First of all: There is nothing wrong with failing. As Silicon Valley veteran investor Randy Komisar once said in a talk at Stanford University that: "What distinguishes the Silicon Valley is not its successes, but the way in which it deals with failures. It is a model based on many, many failures and a few extraordinary successes."

To win, you have to learn how to fail, because your road to success is paved with failures. Once you succeed, the cycle starts all over again: you fail until you succeed.

A failure strategy has multiple facets:

How does your business create value? It's probably in your DNA, and that's the part of your enterprise that will lilkely not change. Many German companies, for example, thrive on the so-called Erfindergeist (inventor spirit). They create value by catering innovative solutions to their customers. Some other businesses leverage on others' inventions though, such as generic drugs pharmaceutical companies. They create value by democratizing products. Some do both. Take the advent of SUVs as a high volume category in the automotive industry: Many highly unlike candidates such as Porsche, Lamborghini and Rolls-Royce have copied the concept of SUVs and successfully interpreted in their own, unique ways.

You might also reframe the value creation strategy as a problem-solving strategy. Bear in mind though that this approach might be too limiting, depending on your industry and target customers. What problems do SUVs solve? You can take an SUV for a ride off-road, but few owners do that. However, SUVs might create emotional value for their buyers, as big, expensive cars are still associated with status and power. You can't go much bigger than a Rolls-Royce Cullinan does.

Many companies have innovation hubs these days, which continuously produce innovations. Very often, they do so methodically by applying ideation techniques such as Design Thinking and bootstrapping minimum viable products (MVPs) following agile methodologies.

The ultimate challenge though, from our experience, can be summarized with one question: "Can we execute?"

The answer depends on multiple factors.

Put those factors above together into a model: Is it feasible for your company to bring your innovative ideas to life? This, in our view, is a vast field for experienced data scientists, hand in hand with seasoned executives and line of business managers.

Culture eats strategy for breakfast. Does your company have a culture that supports a successful digital transformation? In our business, we are intuitively biased toward a concept called Holocracy. I first came across the idea of radical responsibility and transparency in the early 1990s, when I read a book by Brazilian entrepreneur Ricardo Semler. In my company, we believe in radical transparency, and we live it. We are transparent about salaries and benefits, operational expenses, sales prices, and profit margins.

Critics might argue: "What's the point of educating your employees in India about how much money you make off their work with your customers in Germany?"

There are two answers to that question: First, we believe that profits perse are good. A company without decent profits has no future. Second, it's a matter how a business utilizes its earnings. If they support a CEO's and his entourage's lavish lifestyle including golden parachutes when things go south, for example, one cannot count on employees to support it. However, if the CEO remains humble and reinvests profits for the long-term benefit of the business, including every single employee - that's a whole different story.

Germany, our core market, is characterized by so-called Mittelstand. These are mid-sized companies (in lack of a comprehensive definition, this can vary anywhere between 100 and 100,000 employees), many of which have been family owned for generations. If you talk to CEOs and owners in the industrial heartland Stuttgart region, for example, you get a sense that employees are treated as if they were part of the extended family. Their well being and job security matters to the owners and executive staff. CEOs might commute to work with their bicycle or public transportation, and that's not uncommon in a region where frugality is generally highly valued. Things are built to last over here.

Your culture defines who you are. In some cases, it emerges from within as circumstances, and market requirements change. Challenges reveal what you are culturally capable of.

A company culture has to be lived, and it needs to be written down on paper.

How do you utilize data to reinvent your business? It encompasses your discipline to formulate a hypothesis, test them in the realms of your business and put numbers at work, model various possible outcomes for the future and decide how to act upon them (again, backed by data if possible).

Many established businesses are instinct-driven, and that's perse, not a bad thing. If you have been operating successfully in an industry for decades, your company's collective instincts can be very reliable. However, if you are entering new territories, your instincts might fail you.

When undergoing a digital transformation: Should you be a data-driven company? Or an instinct-driven company? Both. We're not living in a perfect world, and nobody can forsee the future, no matter how accurate their predictive models are. Sometimes, you might lack proper data, and you have to make a leap of faith. Just make sure it's not your last jump ahead. Develop a Failure Strategy, which gets us back to start. Fail, again and again, and again, until you succeed.

This is our story.
What is yours?

Please leave a comment, connect with me via LinkedIn or send an email to [email protected]