Consider a problem where you are working on a machine learning classification problem. You get an accuracy of 98% and you are very happy. But that happiness doesn’t last long when you look at the confusion matrix and realize that majority class is 98% of the total data and all examples are classified as majority class. Welcome to the real world of imbalanced data sets!!

Some of the well-known examples of imbalanced data sets are

1 - Fraud detection:  where number of fraud cases could be much smaller than non-fraudulent transactions.

2- Prediction of disputed / delayed invoices: where the problem is to predict default / disputed invoices.

In all the above examples, the cost of mis-classifying minority class could very high. That means, if I am not able to identify the fraud cases correctly, the model won’t be useful. 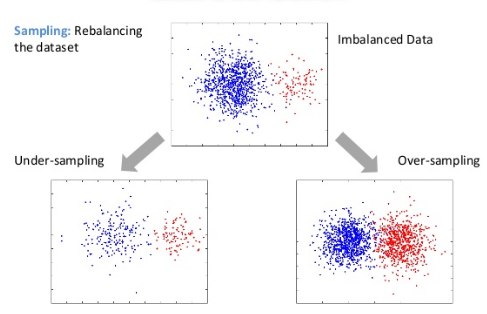 Over Sampling Algorithms based on SMOTE

1-SMOTE: Synthetic Minority Over sampling Technique (SMOTE) algorithm applies KNN approach where it selects K nearest neighbors, joins them and creates the synthetic samples in the space. The algorithm takes the feature vectors and its nearest neighbors, computes the distance between these vectors. The difference is multiplied by random number between (0, 1) and it is added back to feature. SMOTE algorithm is a pioneer algorithm and many other algorithms are derived from SMOTE.

2- ADASYN:  ADAptive SYNthetic (ADASYN) is based on the idea of adaptively generating minority data samples according to their distributions using K nearest neighbor. The algorithm adaptively updates the distribution and there are no assumptions made for the underlying distribution of the data.  The algorithm uses Euclidean distance for KNN Algorithm. The key difference between ADASYN and SMOTE is that the former uses a density distribution, as a criterion to automatically decide the number of synthetic samples that must be generated for each minority sample by adaptively changing the weights of the different minority samples to compensate for the skewed distributions. The latter generates the same number of synthetic samples for each original minority sample.

6- DBSMOTE: Density-Based Synthetic Minority Over-sampling Technique is based on clustering algorithm DBSCAN. The clusters are discovered by DBSCAN Algorithm. DBSMOTE generates synthetic instances along a shortest path from each positive instance to a pseudo-centroid of a minority-class cluster 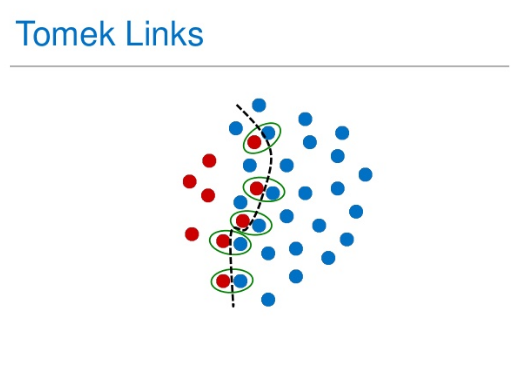 2-SMOTEENN: Just like Tomek, Edited Nearest Neighbor removes any example whose class label differs from the class of at least two of its three nearest neighbors. The ENN method removes the instances of the majority class whose prediction made by KNN method is different from the majority class. ENN method can remove both the noisy examples as borderline examples, providing a smoother decision surface. ENN tends to remove more examples than the Tomek links does, so it is expected that it will provide a more in depth data cleaning

Below is the list of packages and algorithms available in python and R.

The under sampling has following algorithms implemented:

While Over Sampling has following algorithms implemented:

The combination of oversampling and undersampling covers SMOTEENN and SMOTETomek

1- ROSE: The package only implements the algorithm Random Over Sampling

3- unbalanced: The unbalanced package has implementation of following algorithms