I’m fresh off my annual field trip to the Strata+Hadoop conference in San Jose last week.  This is always exciting, enervating, and exhausting but it remains the single best place to pick up on what’s changing in our profession.

This conference is on a world tour with four more stops before repeating next year.  The New York show is supposed to be a little bigger (hard to imagine) but the San Jose show is closest to our intellectual birthplace.  After all this is the place where to call yourself a nerd would be regarded as a humble brag.

End of the Era of Hadoop

From the time it went open source in 2007 Hadoop and its related technologies have been profound drivers of the growth of data science.  Doug Cutting remains one of the three Strata conference chairs.  However, we all know that Hadoop/MapReduce has made its mark but that it’s no longer cutting edge.  In fact we know that Apache Spark has eclipsed Hadoop and it would be fair to say that Spark was last year’s big news.

To put a stake in it, O’Reilly announced at this year’s Strata+Hadoop that the conference would henceforth be known as the Strata Data Conference.  So farewell age of Hadoop.

I am as jaded as the next guy and maybe a little more so at the over hyped furor around AI.  As I walked the conference floor I felt compelled to challenge any vendor with the temerity to put AI in their descriptors.

Actually there was very little of this at the show.  AI tends to be most over hyped when we’re talking about apps but Strata+Hadoop is more about tools than apps.  There were two or three vendors that I thought had applied the AI frosting a little thick but there were a few others where the label was appropriate and the capabilities pretty interesting.  More about these good guys later.

In the learning program there were again two or three sessions aimed at AI use cases in business and these were uniformly well reasoned.  Specifically that means acknowledging that this is in its infancy and while you should keep an eye on it, investing now would be speculative at best.

The Cambrian Explosion in Deep Learning One of our general session speakers used this phrase to describe the hockey-stick like growth we’ve been experiencing in Deep Learning and AI in general.  The original use of the phrase is credited to Gill Pratt, the DARPA Program Manager who oversaw the DARPA Robotics Challenge.

If you remember a little about your earth history, we trundled along with one-celled creatures for billions of years until about a half-a-billion years ago when, at the beginning of the Cambrian period, life diversified in a way that can truly be characterized as an explosion.  Academic theory is that very small changes like the evolution of sight organs so changed the playing field that the exploitation of this new capability drove the development of additional capabilities that – you know – resulted in us.

So while data scientists are a little cautious to talk about the wonders of artificial intelligence, they are very enthusiastic in talking about the new capabilities presented by Deep Learning.  This may seem a little paradoxical but I invite you to think about it this way.

Robust AI is the accumulated capabilities of speech, text, NLP, image processing, robotics, knowledge recovery, and several other human-like capabilities that at this point are very early in development and not at all well or easily integrated.

Deep Learning however is a group of tools that we are applying to develop these capabilities, including Convolutional Neural Nets, Recurrent Neural Nets, Generative Adversarial Neural Nets, and Reinforcement Learning to name the most popular.  All of these are subsets of Deep Learning and all are accessed through the newly emerging Deep Learning platforms like TensorFlow, MXNet, Theano, Torch, and several others.

Like all platform battles, the winner who gains the most users will be the next IoS, Android, or Windows.  Right now it appears Google’s TensorFlow is in the lead and there were at least four or five program sessions, some of them full-day, that were oversubscribed providing both general guidance as well as hands-on training in TensorFlow.  So while the buzz around AI was appropriately subdued, the enthusiasm for learning about TensorFlow was in full flower.  The emergence of Deep Learning platforms may be the slight evolutionary change that triggers the explosion of AI.

In the beginning you could pick a portion of the data science workflow and build a successful business there.  Many of today’s largest companies got their start this way.  Not anymore.  Now everybody wants to be an end-to-end platform from data source to the deployment of models and other forms of exploitation.  He with the most users will win and once adopted the pain of switching will be high.  The same dynamic that continues to make enterprise ERP systems so sticky – it’s too painful to switch.

We’ve seen in the last years analytic platforms like SAS and SPSS add full data access and blending capability.  We’ve seen blending platforms like Alteryx extend into analytics and visualization.  So here are two new and rather unexpected additions to the full spectrum platform game:

Cloudera announces its own Data Science Workbench with capabilities in R, Python, and Scala.

Intel (yes Intel?) who just paid $15 Billion for Mobileye to seize its place in the self-driving car space is rolling out two data science platforms, Saffron and Nirvana, one aimed at IoT and the other at deep learning.

As recently as a year or so ago the term ‘data scientist’ applied to someone doing predictive analytics as well as the person you would turn to to implement Spark or a data lake.  Thankfully over not too long a period we have come to differentiate Data Scientists from Data Engineers and acknowledge their special skill set that blends traditional CS skills with the new disciplines needed to store, extract, and utilize data for data scientists.

Now that this differentiation is a little clearer, we see a parallel rise in a new category of tools and platforms best described as DataOps.  Philosophically similar to DevOps, DataOps tools and platforms are aimed at regularizing and simplifying the tasks of Data Engineers, particularly as it applies to repetitive tasks that may need to be repeated dozens or even hundreds of times for different data sources and different data destinations.  Two new companies, both startups, Nexla, and Data Kitchen take a fairly narrow but deep view.  Others like Qubole are laying claim to this area by better defining capabilities within their existing platforms. 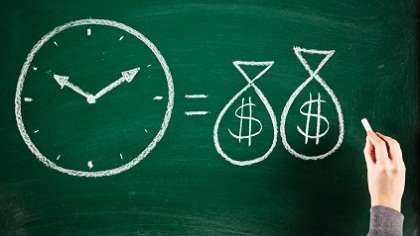 We may think the business world is populated by companies with just a few (if any) data scientists working together and for the most part we’d be right.  However, this is not the market most vendors at Strata are interested in.  They are pursuing wallet share among the Global 8000.  That’s 8000 companies with more than $1 Billion in revenue and assuredly 100% commitment to predictive analytics.

The list of vendors with this focus is too long for this article and DataOps just above is part of this.  Here are just a few mentions of notable companies and their approach.

DataRobot:  We reviewed DataRobot a year ago when it looked like predictive analytics was about to be fully automated and data scientists unemployed by 2025.  That was a little premature.  However, DataRobot has found a foothold by dramatically speeding up model development.  This is one-click-to-model.  Their platform cleans data, does feature engineering and identification, runs thousands of potential models/hyper parameter combinations in parallel, and deploys champion models in a fraction of the time it would take a team of data scientists.

SqlStream:  Deploy a blazing fast stream processing system in a fraction of the time and with a fraction of the compute resources distros like Spark require.  Make it so easy to manage that very little is needed of data engineers, and make it easy to change the logic and models within the stream without a team of data scientists.

Bansai:  TensorFlow is complex and tough to learn.  Bansai is introducing a higher level language that looks a lot like Python but manipulates deep learning algorithms in all the major deep learning platforms.  Their initial target is reinforcement learning for robotics and the payoff is to solve the shortage of deep learning-qualified data scientists that are a bottleneck for development.

Qubole:  Makes it easy to almost instantly establish a big data repository and begin analytics.  You can’t completely replace data engineers but you can dramatically increase the number of data scientists each engineer can support with this SaaS implementation.

Emergence of the Data Science Appliance 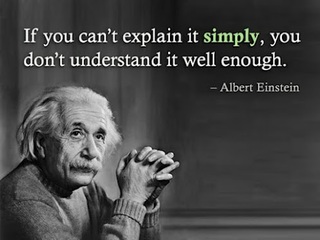 Similar to productivity enhancements but aimed at business users who want solutions without necessarily needing to know the underlying data science are a group of offerings that intentionally hide the data science and focus on the business problem.

Anodot:  Delivers a sophisticated anomaly detection system that looks at all your streaming data and decides both what’s anomalous and what’s important.  This is catching on among ecommerce vendors and digital enterprises, some of whom have reportedly thrown out their internally developed anomaly detectors in favor of Anodot’s offering.

GeoStrategies:  This company uses GIS data for site location and market identification and penetration studies.  Lots of sophisticated platforms can do that too but GeoStrategies goes out of its way to hide the data science in favor of a UI that’s very intuitive for their business users.

Finally, my unscientific tally was that about 20% of attendees and a slightly higher percentage of presenters were women.  This may not be representative of our profession as a whole as folks who attend these conferences may have different profiles than the whole industry.  Still, while we might wish this was more like 50/50 I thought participation by our female members was a reasonably strong showing.