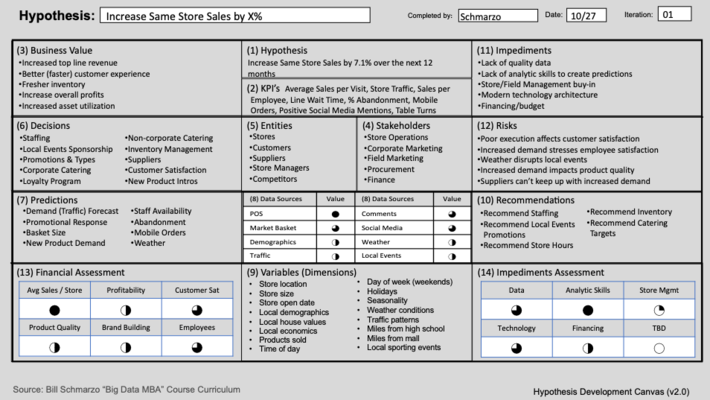 Storytelling is a very powerful means of communication that connects people with others in a more relevant, and sometimes emotional, way.  And while there are many others more experienced at explaining the power of storytelling, I thought I would go to the experts…Disney-Pixar! 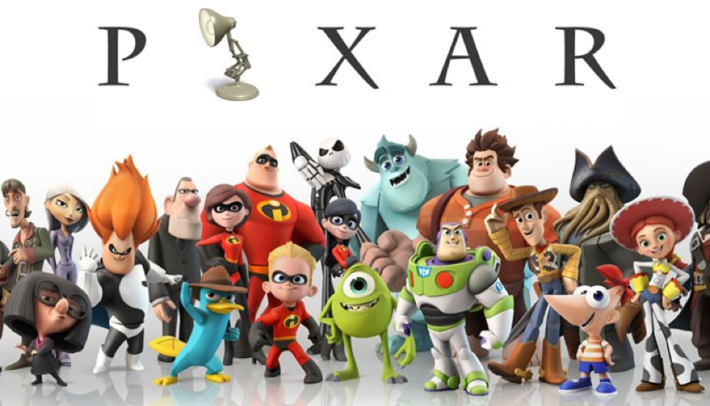 It’s hard to find anyone better at storytelling than Pixar. Just watch “Up” or “Toy Story” as a reminder of Pixar’s storytelling brilliance!

Storytelling starts with a storyboard.  A storyboard is a sequence of drawings, typically with notes and dialogue, representing the key plot points planned for a movie or television production.  But in the hands of Pixar, the storyboard is so much more. The creative team uses storyboards to capture the essence of a character’s complicated personality, it’s goals and struggles, and its journey to enlightenment as it interacts with a cast of equally complicated others (see Figure 2). Customer Journey Maps are Storyboard companions (like Buzz is to Woody) in that they capture the tasks, actions or decisions that the “actors” must make to complete their story (e.g., buying a house, fixing a wind turbine, saving Woody from a greedy toy collector or completing one’s journey to the South American wilderness). The Customer Journey Map highlights the stakeholders high-value actions or tasks as well as the impediments to a successful customer journey and experience (see Figure 3). The “Thinking Like A Data Scientist" methodology shown in Figure 5 is another example of a Customer Journey Map, in which we track the actions or tasks that business stakeholders need to perform, uncover how they will measure progress and success, and identify and validate their potential impediments, in order to determine where and how they can leverage data and analytics to impact their business operations. 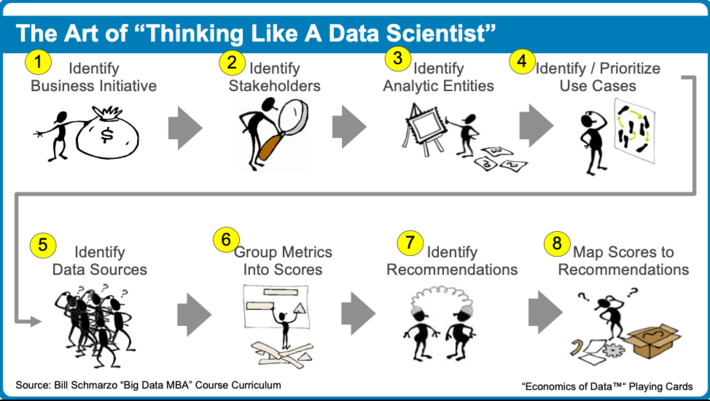 Why Is the Hypothesis Development Canvas like a Storyboard?

A well-structured Hypothesis Development Canvas, like a well-structured storyboard or journey map, provides a concise yet thorough way to make a story – or use case – come to life by helping the stakeholders of “actors” personalize the experience.  Think of the Hypothesis Development Canvas as a miniature movie about the “day in the life” of our key business stakeholders in their use of data and analytics in support of their targeted use case.

And an effective Hypothesis Development Canvas, like an effective storyboard, communicates and interconnects with key stakeholders to drive a relevant (and sometimes emotional) outcome (see Figure 5). In summary, the Hypothesis Development Canvas as a miniature movie about the “day in the life” of our key business stakeholders in their use of data and analytics in support of their targeted use case.

Storyboards, Journey Maps and the Hypothesis Development Canvas de-risk projects by ensuring that everyone is reading from the same script and tracking against the same measures in an attempt to drive the same outcomes.

So, the next time you are getting ready for a data science engagement, think about it less as a technology journey and more like a movie.

And yes, by the way, Buzz, Woody and I are very tight!  Look for me in “Toy Story: Woody’s Data Science Adventure”! 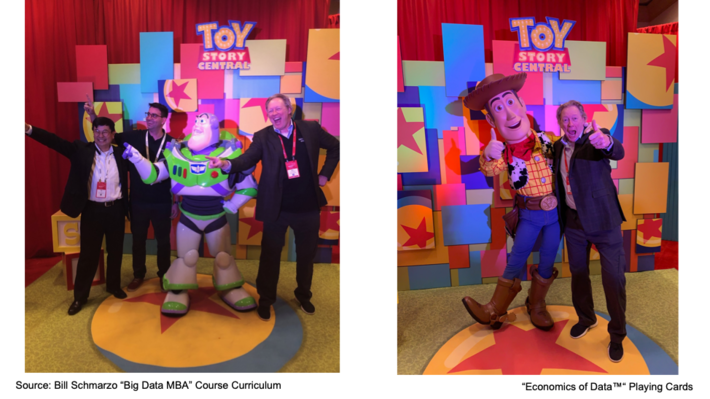