Digital Transformations in the Post-Covid World 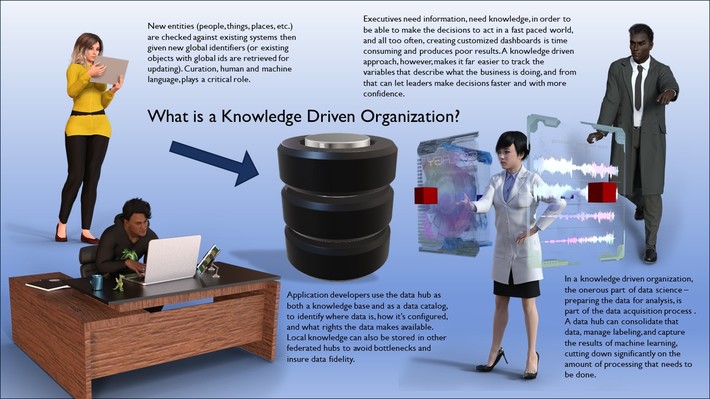 The term "digital transformation" has been around now for a couple of years. Like so many such terms, it was something of a neologism, a phrase much like Big Data or, for that matter, Data Scientist, that started out more as market-speak than anything else, but that, for one reason or another, started accreting a second layer that was both more precise, and arguably, more useful.

For purposes of discussion, I'd like to ascribe a definition to the term that may not necessarily be its original meaning, but that more accurately describes that secondary technical intent. Specifically:

A digital transformation is the restructuring of an organization in such a fashion that it makes the most efficient use of the data lifecycle to provide information to that organization for planning, designing, production, monitoring, and decision-making. The Data Lifecycle, in turn, can be thought of as the analog of the software development life-cycle (SDLC) that underlies so many programming methodologies. It is not Agile, because data is not, in general, code, and as such, many preconceptions about Agile methodologies should be thrown out of the window now, to be retrieved (perhaps) once it's had time to consider it's recondite past.

The Data LifeCycle (or just DLC) can be broken down into the following stages:

The Coronavirus nCov-2, also known as Covid-19, has forced the economy to come slamming to a halt. People have been forced to "shelter-in-place" as the worst of the virus passes, in order to keep health systems from being overwhelmed, and while in the ensuing weeks and months the virus is likely to abate (especially once a vaccine to it can be developed and distributed globally, a daunting task in its downright). However, the damage has been done, and a lot of organizations are going to come out the other side of this (if they come out at all) facing a dramatically changed world.

There are many lessons that are emerging from this period, some of them very uncomfortable indeed.

The organizations that will successfully make the transition will be ones that are willing to recreate themselves from the ground up, to change the way that they do business. The ones that don't will disappear. It's that simple.