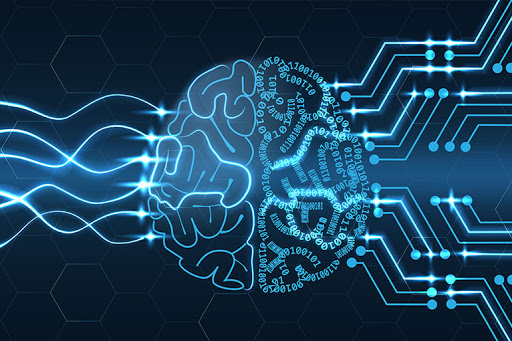 Then comes the subset of AI- Machine Learning. Now the question is, what makes AI so powerful? Well! The answer is the presence of the most popular programming languages for machine learning and artificial intelligence.

In this article, we will take you through the best programming languages for AI and ML. However, we will first re-introduce AI and ML to you. Let’s dive in!

Artificial Intelligence is a branch of science that builds smart machines capable of performing tasks that otherwise require human intervention.

What is Machine Learning?

Machine Learning refers to the science of getting computers to learn and act the way humans do and improving their learning over time in an autonomous manner.

More than 8.2 million developers across the globe use Python for coding.

Well! This is why Python is considered to be the best programming language for machine learning and artificial intelligence. Its simple syntax, less coding, and availability of ready-to-use libraries make it even more popular amongst developers.

Python is an open-source AI programming language. Moreover, it can be used to make small scripts, making it again more suitable for AI.

The most imperative fact about Python is that it is easy for students to understand and learn because it uses English keywords. Besides, it has only a few keywords and has a precisely defined syntax.

It also provides interfaces for the majority of commercial databases. With high scalability, this language is easy to learn and is one of the most popular languages for AI today.

As of early 2020, Java was the most commonly used programming language among software developers.

The language is easy to implement on different platforms because of its Virtual Machine technology. In simpler words, once it is written and compiled on one platform, the developers do not need to compile it again. Various advantages of Java as an AI language are easy to use, fast debugging, portable, and automatic memory manager.

At present, Java is proving to be highly versatile and can be used in robot systems, sensors, and machine learning suites.

Julia is lightweight and can run even on the tiniest computers.

Julia is the best language for AI and machine learning, especially when a task demands high-performance numerical computing and analysis. It is an open, dynamic compiled language that focuses on performance computing.

The programming language is a result of a combination of qualitative environments’ functionality like R and Python. On top of it, Julia possesses the speed of production programming languages like Java and C++ to solve Big Data and analytics-based problems.

It enables the translation of algorithms from research papers into code without any loss, reducing model risk and improving safety. Moreover, a reliable machine learning consulting company can always guide you on the right path by making the most appropriate use of programming languages like Julia.

LISP is known to be the oldest AI programming language.

LISP (List Processing) was created in 1958 by John MacCarthy. It can be effectively used for machine learning as it is highly flexible and adapts to the solution.

Being the best language for AI and machine learning, it is known for rapid prototyping and the dynamic creation of new objects. Developers rely on LISP in cases where AI projects are heavy on ML because of its rapid prototyping capabilities, a library of collection types, and quick adaptation to problem-solving needs.

You can enable interactive evaluation of expressions and recompilation of functions concurrently while the program is running. LISP is a dynamically typed programming language that has positively impacted the creation of many machine learning programmings languages like Python, Julia, and Java.

Surprisingly, it has the capability to code, compile, and run code in more than 30 programming languages.

C++ is the most obvious option for AI and deserves to be called the best language for machine learning. Search engines use C++ to leverage less response time. In addition, it is an extension of the C programming language and can be used to build neural networks.

The best advantage of the language is its fast calculations that solve complex computations of AI development. Moreover, it is cost-efficient as compared to other programming languages.

Holding the capability of both a low-level and high-level programming language, C++ comes with a higher level of control and efficiency as compared to any other language.

Things change every day, and so does the best programming language for machine learning and artificial intelligence. Admittedly, you cannot consider one programming language to be the best while ignoring others. Act rationally by looking for the best IT consulting companies in NYC to furnish yourself with all the relevant information and begin your journey to exploit AI’s potential. The above-mentioned programming languages can transform the marketplace digitally and multiple organizations have already begun considering it seriously.

The world’s interest in AI is growing exponentially. At which level is your organization’s interest?