Summary:  There are a variety of new Automated Machine Learning (AML) platforms emerging that led us recently to ask if we’d be automated and unemployed any time soon.  In this article we’ll cover the “Professional AML tools”.  They require that you be fluent in R or Python which means that Citizen Data Scientists won’t be using them.  They also significantly enhance productivity and reduce the redundant and tedious work that’s part of model building. 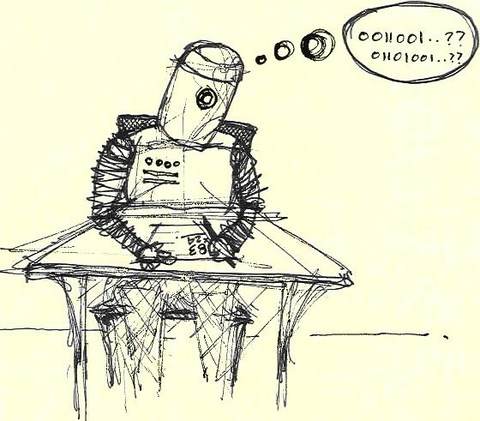 Last week we wrote about Automated Machine Learning (AML) and particularly about a breed of platforms that promise One-Click Data-In Model-Out simplicity.  These were quite impressive and all but one has been in the market for more than a year, each claiming its measure of success.  One of the key characteristics these platforms offer is simplicity that drives two user benefits:

What’s worthy of note however is that there are a number of AML packages that rely exclusively on code, both R and Python, that we want to take a look at this week.

The implication of the fact that they require you to code is that it requires expert professional data scientist skills to execute and therefore does not open them up to use by citizen data scientists.  Also these are all open source.  Let’s call these Professional AML tools.

So although the user interface is not as ‘slick’, if your organization is an R or Python shop then these packages offer the consistency, speed, and economy of the true One-Clicks.

In our last articles we also noted a number of platform vendors that had selected “a middle way” by which we mean that while several steps were automated, the user was still required to go through several traditional separate procedures.

This platform simplification is also a good thing and perhaps even superior to fully automated machine learning since it requires the user to examine assumptions and processes at each step.  However, for purposes of this article we’re looking for applications that are as close to one-click as we can get.

As it turns out there are a number of code-based open source apps that have been developed that address just one or two features of AML.  The most popular of these take on one of the most difficult problems which is hyperparameter tuning.  These include:

In addition there is at least one suite of tools, CARET, which although not integrated as one-click, offers a broad range of apps for ‘automating’ many of the separate steps in model creation.  CARET is open source in R.

Ideally What They Should be Able to Do:

Certainly there are any number of tasks in the creation of predictive models that are more repetitive than creative.  We’d like to be able to delegate tasks that are fundamentally repetitive, things that make us wait and waste our time, and tasks that can be built up from reusable routines.

The commercial applications of AML that we examined in our last article could cover the full process.  Here on the ‘Professional Tools’ side we might expect and accept a little less integration.  But still we want these tools to be able to combine many of the following steps into a single click task after we provide an analytic flat file:

If it seems like we’re asking for a lot, and we are, then we should also be specific about what we’re not expecting.

Auto-sklearn is the most widely mentioned and relatively complete professional AML, especially since it has won or placed well in a variety of recent AML contests.  If you already have the python scikit-learn library you can drop in this open source code as a replacement for scikit-learn estimator.

This diagram showing the scope of Auto-sklearn is drawn from the original 2015 NIPS paper.

AutoWEKA was introduced in 2009 and its current enhanced 2.0 version remains one of the most popular AMLs driven by the large existing WEKA user base.  It focuses on feature selection, hyperparameter optimization, and ML selection but other WEKA modules provide the means for preprocessing.

Read more about Auto-WEKA 2.0 in this 2016 Journal of Machine Learning article.

TPOT is still under active development but is available today on top of python based scikit-learn.  It’s billed as “your Data Science Assistant” to automate the most tedious portions of model development.  As its name specifies this is a tree-based classifier only with automation starting after cleaning but through the delivery of production ready python code.  This diagram from the TPOT home page shows the scope.

Perhaps TPOT’s most interesting feature is that hyperparameter optimization is based on genetic programming.  For the expert user all the assumptions are fully exposed so that you can continue to work the hyperparameters to test the optimization.  Read more about TPOT in this 2016 JMLR Conference proceeding.

Please note that our research for this article is not exhaustive.  The packages we’ve discussed here had sufficient mentions to rise to our attention.  This is an active area of development and there are likely to be more entrants all the time.  The fact is that the shortage and expense of well qualified data scientists is driving this.  We need to be sensitive to producing more high quality results with fewer resources and AML, that reduces our most redundant and least creative work is an obvious path.