Artificial Neural Networks in a Nutshell

In ANN implementations, the "signal" at a connection is a real number, and the output of each neuron is computed by some non-linear function of the sum of its inputs. The connections are called edges. Neurons and edges typically have a weight that adjusts as learning proceeds. The weight increases or decreases the strength of the signal at a connection. Neurons may have a threshold such that a signal is sent only if the aggregate signal crosses that threshold. Typically, neurons are aggregated into layers. Different layers may perform different transformations on their inputs. Signals travel from the first layer (the input layer), to the last layer (the output layer), possibly after traversing the layers multiple times. 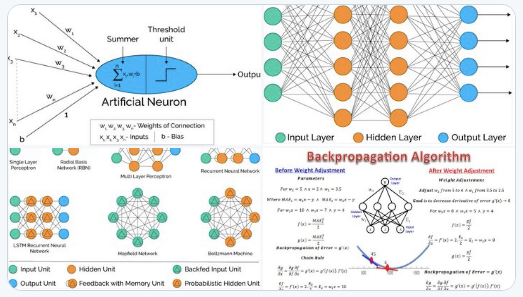 The activation function of a node defines the output of that node given an input or set of inputs. Finally, this article discusses the concept of backward and forward propagation. You can access this article here.

The following article (here) describes the same concepts, and also discusses the gradient descent algorithm, one of several gradient-base optimization techniques, used in this case for training purposes.

Overview of ANN and its Applications

This article is in my opinion more interesting and comprehensive, bringing an historical perspective, focusing on the architecture of these systems, and a comparison with similar biological systems. Below is an extract from this article: 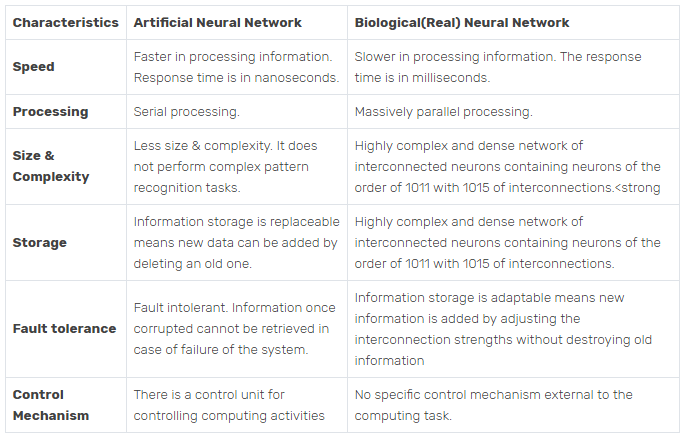