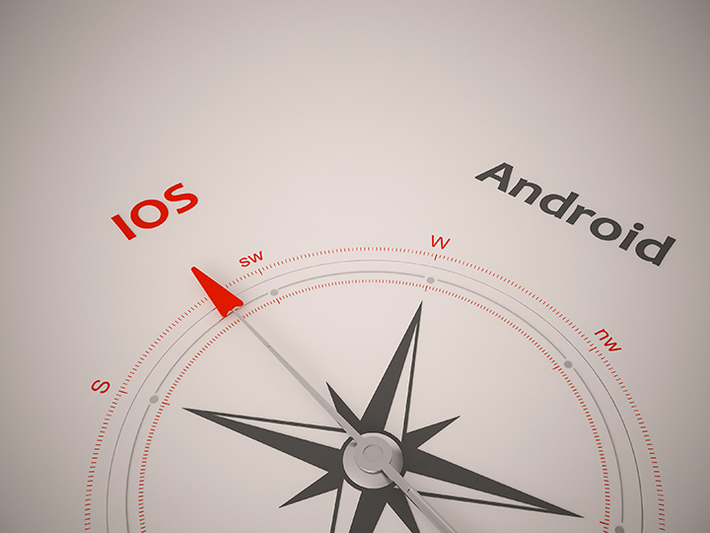 Mobile application development is among the most consistently growing sectors in software production. There has been an increasing demand for fast and user-friendly apps in recent years. A certain statistic reveals that in the year 2020 alone it is calculated users spend an average of 87% of the total time online on mobile apps. When you are opting for any app development there are two platforms to choose from-Android and iOS. These two platforms are the leading platforms worldwide. Both iOS and Android have incredible development options. Before making the decision as to which platform you would choose to build your app you must thoroughly go through the comparison between the two. This article will give you an overview of both the platform's perks and perils and also point out the differences.

After you have decided which platform you will go ahead with, the next step is to choose the developers. Whether you hire ios app developer or you hire an android app developer, make sure they are technically sound and have proper knowledge for your app development.

The Benefits and Drawbacks of iOS App Development

iOS app development is always high in demand. This is because the iOS apps all the time perform extremely well. The platform is very fast, the reliability factor is very high, very user-friendly, and very few bugs to be found in the final output of the developed app.

An Experience that is sleek and flawless

The Drawbacks of iOS development

For native iOS app development, the developers require software like XCode which runs on Mac. So when you hire an ios app developer for app development for iOS Smartphones he/she will always need at least one piece of Apple technology.

In a later stage after your app gets developed and published on Apple Play Store and you feel like customizing the app's interface it gets restricted, so you lose the option of customizing your app. And also it would be difficult to add some new features if at any stage the app requires interaction with some other third-party software.

The Benefits and Drawbacks of Android App Development

Normally, Android has a less restricted environment than iOS. Regarding distribution, these applications run on any Android device. Also, the issues with hardware compatibility are not there. Thus the development process is much more flexible for Android.

The Android platform also allows a smoother development process by depending on the Java language. Java is an extremely versatile programming language that supports Windows, Linux, and Mac OS. This feature allows the developers to develop Android applications regardless of the operating system the machine is running on. Google provides a vast knowledge base for beginners, provides interactive materials, exercises whole training programs for the different levels of Android developers.

In regards to publishing the apps, Google is less lenient. Google allows the developers to post on the Google play store. Previously the review process was performed automatically within 7 hours, but now it takes up to a week for the new app developers. In spite of this new rule almost all the Android apps that are not violating the policies get approved. Moreover, the app developers pay a very small registration fee.

The ability to go beyond the Smartphones

Developing any Android application means building software for the complete ecosystem of devices. Thus you can expand your app's functionality. The app runs on Wear OS devices, Daydream and Cardboard VR headsets, Android Auto, and various other platforms. It also gives you the power to integrate your application into cars, smartwatches, TVs with mobile phones.

Fragmentation is very beneficial. It allows the developer to develop for different Android platforms simultaneously. But it makes the testing process very complicated. For the simplest of the apps, the app developers have to deliver fixes at frequent intervals. This is because the majority of users keep using the older version of the OS even after the upgrades. So hire an android app developer who is well equipped with this above feature.

Developing an android app is more time-consuming than an iOS app. Thus as the Android app takes more time in development and quality assurance the cost increases too.

Android app users look for free apps, so they spend less on in-app purchases than an iOS app user does. So the return on investment is not always high.

Android platform is an open-source platform, so there is always a chance of becoming a victim of cyber fraud. Whereas the iOS platform is a much more closed counterpart and cyber attacks are rare.

A breif comparison of  iOS vs. Android development

Both Android app development and iOS are gaining popularity over time. Both have brighter future prospects for the next few years. Both the platforms will hold the market with the present strength and none is going to lose popularity.

If you are planning to develop an app that provides extensive additional content or a retail app that you may buy, then iOS will give you more opportunities for making a profit.

Android apps are more popular among users belonging to medical or technical fields. Whereas, iOS-based technology is popular among high-end business professionals, sales experts, and senior managers, and also the iOS built technology is preferred by the audience of higher household income along with the strive to keep up with the trends in technology.

So which platform to choose first?

When you are deciding which platform to choose between iOS development or Android development, the following factors should be kept in account: