For the most part the data problems that nature conservancy organizations face fall into these categories.

Going back 20 years this meant putting intrepid feet on the ground with binoculars and note pads.  Going back 10 years some of the on-site work could be inferred from satellite mapping but that still required intensive human analytic effort and a target that could be seen from space.  So forests, yes, for frogs, no.

Robotic cameras offered some close up data but they gathered information only from where they were pointed.  They remained expensive and still required humans to monitor and maintain them.

Sometimes nothing but a human would do if your target species happened to hide in the mud, burrow into hillsides, or hide deep under water.

Since this is not-for-profit the problem has frequently reduced itself to funding.  This pays for surveys, ships at sea, and at least minimal stipends for the thousands of not-in-it-for-the-money workers who gather and analyze the data.  You still can’t do without these dedicated workers but you can dramatically increase their reach with newly evolving technologies from deep learning, particularly image processing, and perhaps surprisingly, natural language processing.  Here are some interesting examples we found.

Conservation Metrics (CMI) located in Santa Cruz is focused on automated alternatives to historically labor-intensive wildlife survey efforts to drive down costs and increase the scale and effectiveness of wildlife metrics.  With seabird population census projects all over the globe the problem was solved by deep learning audio processing. 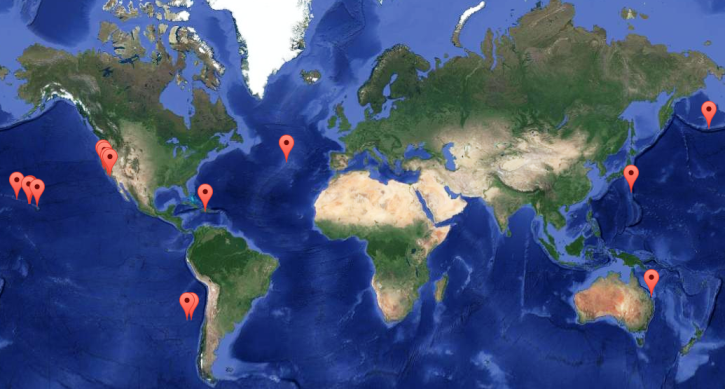 Using remote audio censors to record the sounds of a seabird population the analytics can reasonably accurately tell how many birds are in a particular location.  Using a similar approach applied to a much smaller geography they recently undertook a census of endangered California red-legged frogs.

Vulcan Inc. out of Seattle is the multi-focused platform built by Paul Allen of Microsoft fame to pursue his many philanthropic goals.  It includes the Allen Institute for Artificial Intelligence that provides the analytics behind many of Vulcan’s projects.  Recently they were the lead in conducting a satellite based survey of elephant populations across 18 countries in Africa.  Image processing made the task possible.  Unfortunately they discovered that the population had declined by 30% over just 7 years.

Google partnered with nonprofits to found Global Fishing Watch to detect illegal fishing activity using satellite data in near real time.  All commercial ships and many recreational boats now carry a safety/collision avoidance system called AIS that allows accurate tracking on any vessel via satellite.  Deep learning image processing was able to detect ship movement patterns that indicated that a vessel was most likely fishing and then map that against prohibited areas (or even the nationality of the vessel not allowed to fish in certain waters).

The site includes a near real time global map which can be used by anyone to monitor ‘apparent fishing activity’ to help in the effort to reduce massive over fishing.

The algorithm for detecting apparent fishing activity uses AIS data from roughly 35,000 fishing vessels worldwide (out of the roughly 200,000 vessels on the seas in the course of a year).  The system captures the navigation pattern information of these 35,000 vessels with 22 million data points per day allowing deep learning algorithms to learn and then detect patterns that indicate fishing.

Satellite intelligence startup Orbital Insight partnered with Global Forest Watch to detect illegal logging and other causes of global forest degradation. Although GFW had been operating since 1997 its ability to detect abnormalities that might indicate anything from illegal logging to fires was severely hampered by the huge area to be surveilled and the complexity of detecting changes in near real time.  The addition of Orbital Insight imaging and image processing now allows for very rapid detection of changes to be investigated.

Like the Global Fishing Watch, GFW makes its information available to anyone and conservancy, the press, and national actors are using the data to help protect declining forests. 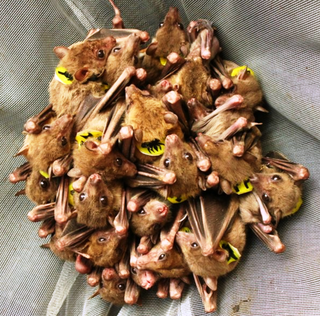 Our last story is about Egyptian fruit bats.  These bats aren’t yet endangered but based on this application of deep learning they may just be able to tell us if they’re in trouble.

Using a modified version of the deep learning algorithm for natural language processing, a research team led by neuroecologist Yossi Yovel recorded a group of 22 Egyptian fruit bats for 75 days. The algorithm comes pretty close to the Dr. Dolittle paradigm of letting us talk to the animals.

By combining the NLP processing with direct observation of behaviors, about 60% of the vocalizations could be classified into just four ‘messages’ and it turns out that bats actually argue a lot.

The AI Landscape for Doing Good

The investment community has variously divided up the AI landscape into application domains like solutions for healthcare or logistics or manufacturing.  It’s satisfying to note that there is also a category “For Good” and all of our examples above come from that category.  There may not be a landslide of investment in this space but it’s nice to know that some of our efforts in data science are for the benefit of our planet.